Sitka National Historical Park, Alaska's oldest federal park, became a national monument in 1910. Sitka, a seaside town located in southeast Alaska, maintains a moderate climate, free of the snow and ice that marks most of the Alaskan territory. The park serves as a memorial to the 1799-1802 conflict between the Tlingit people, one of Sitka's earliest indigenous groups, and the Russians, who came to the region primarily for fur and religious converts. Although the Russian intent can be explained as exploitative, the Russians allowed indigenous groups to continue their cultural norms and customs while aiding them in the creation of alphabets for written language, including an Aleut dictionary for various dialects and languages spoken in the Alaska territory. This integration of European and native cultures is another celebrated hallmark at the park. The Tlingit clan used the abundant resources of Sitka for food, shelter, clothing, and cultural rituals. An important ceremony of the Tlingit culture which has become a staple in American culture is the potlatch, or potluck. During this ceremony, a tribesman would invite others to his dwelling for the giving of his possessions to the guests. In response, the guests would bring food to the tribesman. In 1799, the Tlingit, a typically social and welcoming group, distrusted the arrival of the Russians to Sitka. As the Russians gained more territory in Alaska, the clan became more violent out of fear of the loss of cultural freedom and the suspicion that the Russian Trading Company intended on using the people for free labor. This mistrust led to several violent attacks between the two groups, including the 1802 attack on Redoubt Saint Michael, a Russian outpost, by the Tlingit, in which nearly all of the inhabitants were killed. In 1804, Alexander Baranov, the colonial governor, led a group of Russians and Aleut Indians to Sitka on the warship Neva. This act was meant to force the Tlingit to surrender, but instead ignited a battle. Baranov was wounded, and retreated for a week to recover. The Battle of Sitka ended during this week of recovery as the Tlingit abandoned their stronghold due to lack of gunpowder to fight. Sitka was renamed New Archangel by Baranov and the region served as a Russian settlement until the United States' purchase of Alaska in 1867. Today, the Sitka National Historical Park is home to Baranov Castle, the Sitka Fort Site, the 1804 battle site, the Russian memorial, Saint Michaels Cathedral, Native totems, and the Russian Bishop's House, one of the last remaining Russian colonial buildings remaining in North America. Visitors to the Southeast Alaska Indian Cultural Center and the park's visitor center can watch modern Native artists create artwork and crafts. 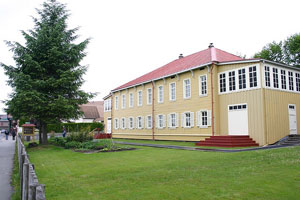 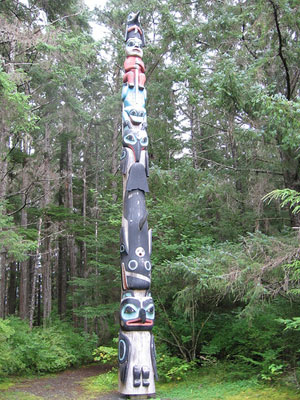 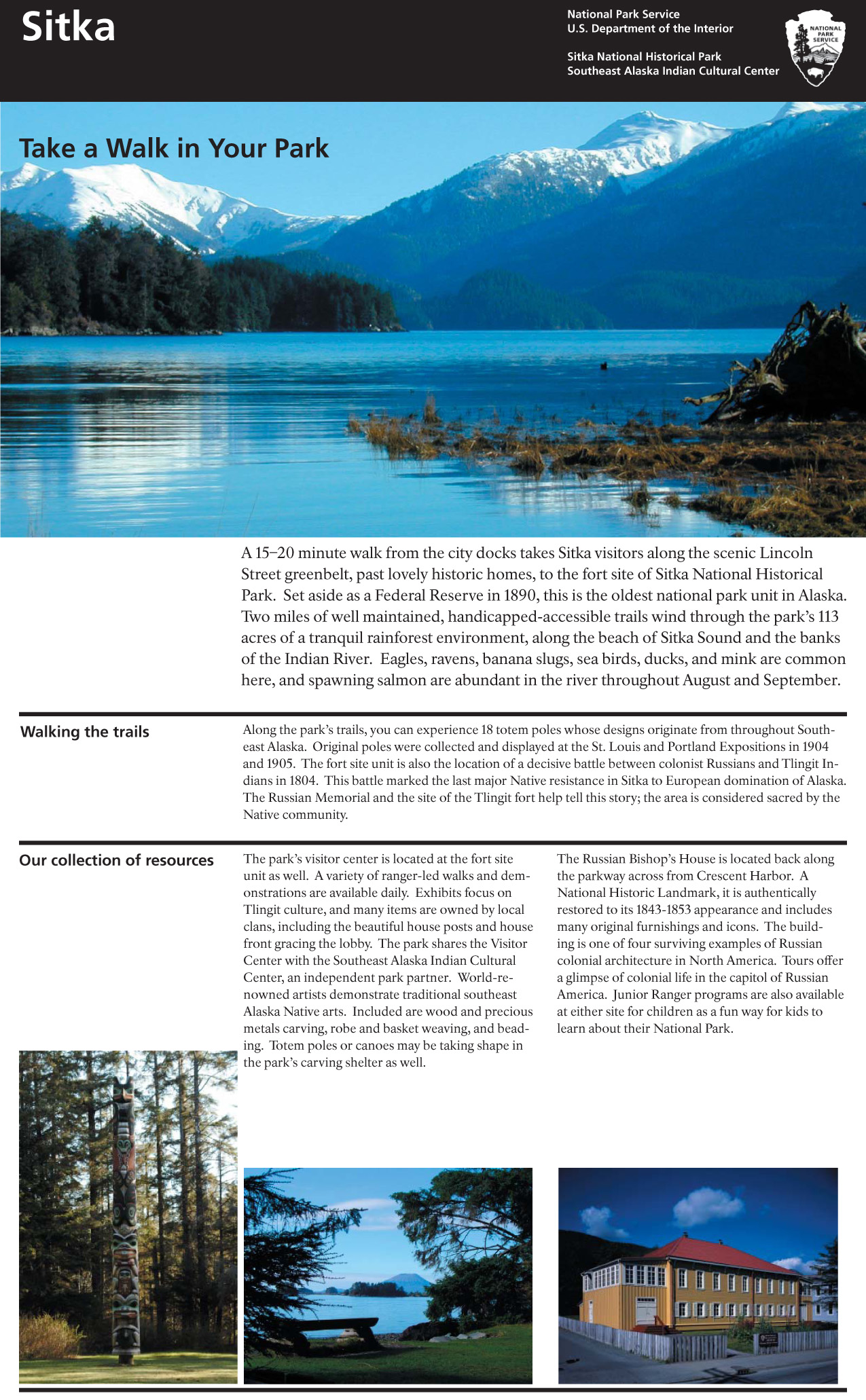 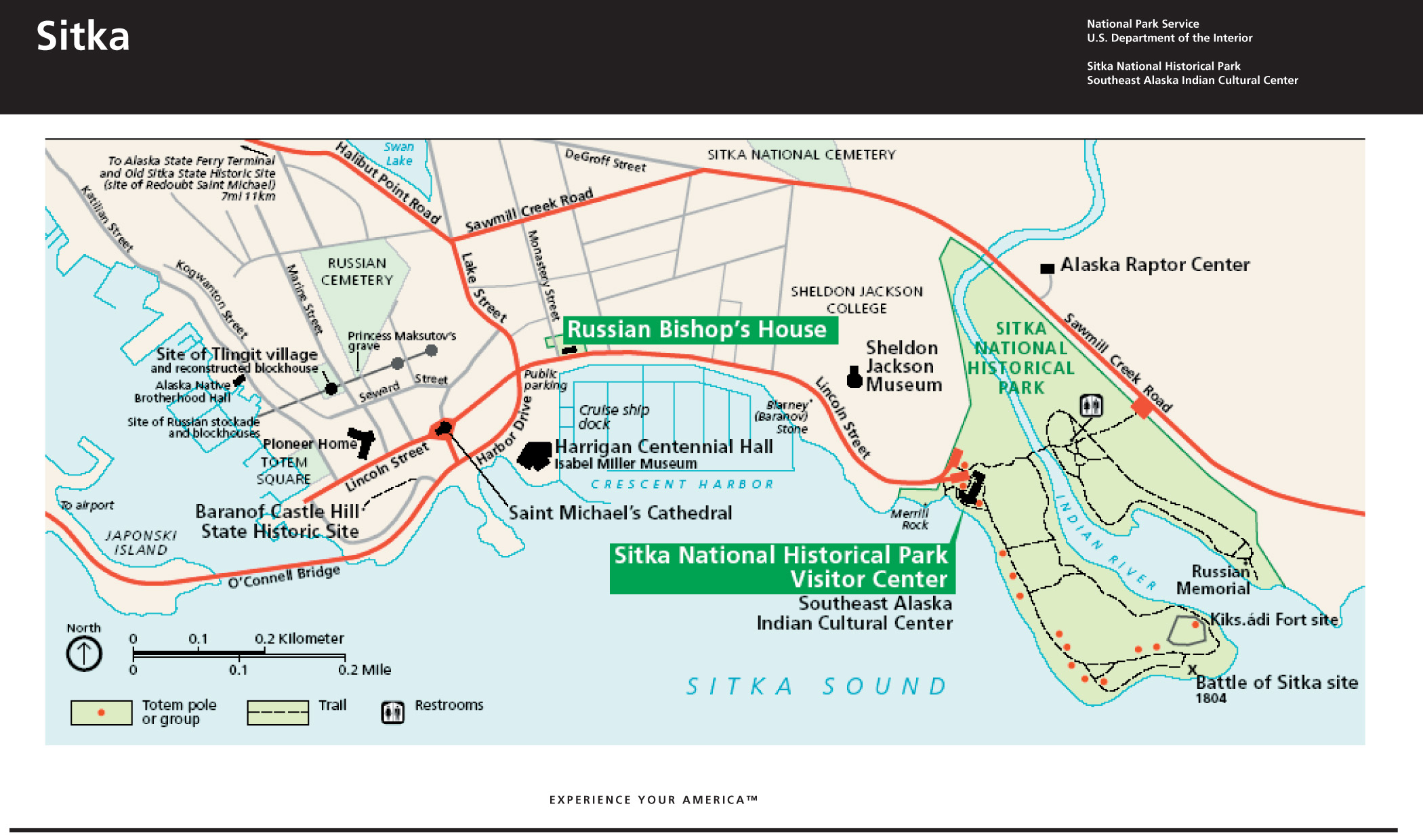 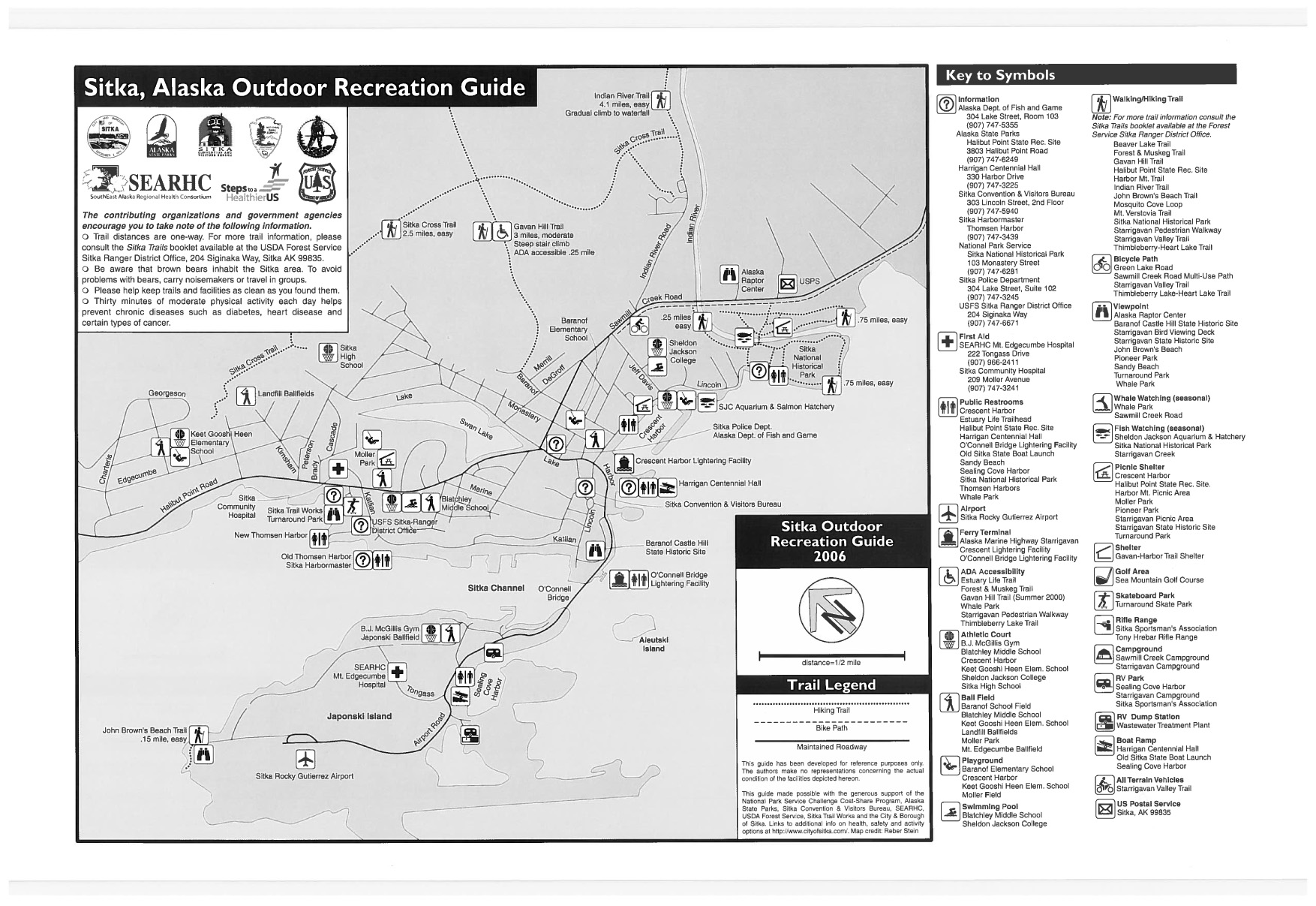