The U.S. Army Chaplain Museum chronicles the history of the Army Chaplain Corps from its inception in 1775 to today. It houses numerous items used by chaplains including uniforms, equipment, liturgical items, diaries, letters and photographs. Highlights include an assignment order for a hospital chaplain signed by Abraham Lincoln, and collection of over 1,200 slide photographs depicting a chaplain's tour in Vietnam from 1967-1969. Exhibits are designed in chronological order and they also feature the option to listen many audio recordings including General George S. Patton’s Weather Prayer and hundreds of hymns. The museum also houses an archive and reference library. 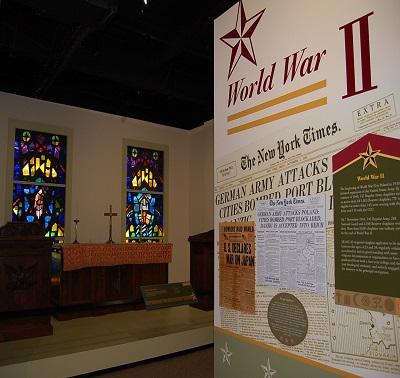