Fort Mose Historic Park is the location of the first, and the only known, officially sanctioned free black settlement in the United States. In the 17th and 18th centuries, Spain and Britain vied for control of present-day Florida. Spain, which controlled Florida until 1763, considered slavery immoral (slavery did exist in Spain but slaves had certain freedoms and legal rights). In 1738, in order to give escaped slaves a place to live, the Spanish governor established the settlement in St. Augustine, which was the territory's capital at the time. The settlement became an interesting mixture of Spanish, Native American and African culture. Today the site features a visitor center and museum. Nothing remains of the two earthen forts (besides archaeological evidence for their location) that protected the settlement. The site was one was added to the National Register of Historic Places and declared a National Landmark in 1994.

The land where the fort once stood is now part of the Fort Mose Historic State Park. 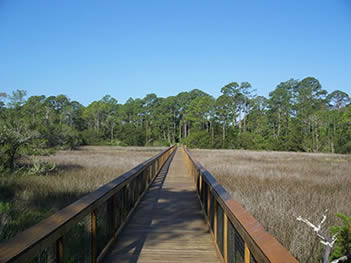 The Fight for Freedom event is held at the historic park each February. 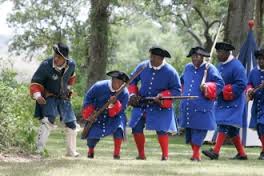 In 1738, slaves who ran away to St. Augustine found safety there. They were considered free as long as they agreed to three conditions: if they converted to Catholicism, swore allegiance to the King, and, for the men, joined the Spanish militia. As stated above, slavery did exist in Spain, but slaves had the to right to own property, sue in courts, keep their families together, and buy their freedom.

The British, on June 26, 1740, marched down to Fort Mose, to fight the Spanish. With the leadership of Franciso Menendez, a Mandingo from West Africa, constructed a log fortress to defend themselves from a British invasion. The Spanish and black militia left the fort, and the British took cover there. They conducted a surprise attack on the British and recaptured the fort, killing 68 British soldiers and taking 34 prisoners. Those who escaped fled back to Georgia. The war between Spain and Britain was known as the “Battle of Bloody Mose.”

The original Fort Mose was destroyed in the battle by British general Oglethorpe. It wasn’t until 1752 that the second fort was built a quarter of a mile from the original. Since the fort was destroyed, African settlers had to live inside St. Augustine until the second one was built. Records show that there were possibly 22 huts at the second fort made from thatch. There were also houses made of poles with palm leaves as roofs. In 1763, Florida was given back to the British at the end of the French and Indian War. Fort Mose ended up being evacuated, and the Spanish people and free slaves migrated to the northwest coast of Cuba.