"Colonel, I fired several rounds, captured one soldier and two horses, and looked for more, but they were all gone." — Pvt. Thomas Huddleston, 1st Kentucky Cavalry. Although Travisville was a minor affair in the wider scope of the Civil War, this action near the Kentucky border, was Tennessee's first battle of that war. Taking place in September 29 of 1861, this small battle was a retaliatory stroke by a local Union garrison against the local Confederate force that had been raiding communities in both Tennessee and Kentucky. Men from both sides were typical of the divided loyalties of the mountainous regions of Tennessee and Kentucky. In the end over 100 Confederate soldiers surrendered. Four men were killed, with one of them buried in the Travisville Cemetery, which happened the be the area where the battle took place. A sign marks where the battle took place and the grave of that soldiers is available for visitors: James M. Saufley

New marker for the Battle of Travisville 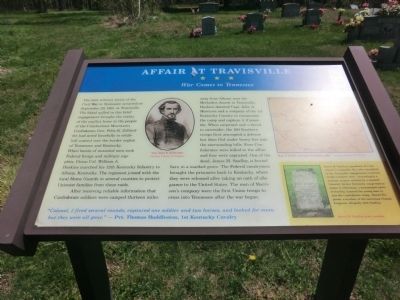 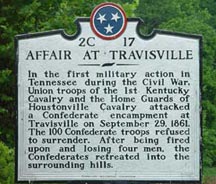 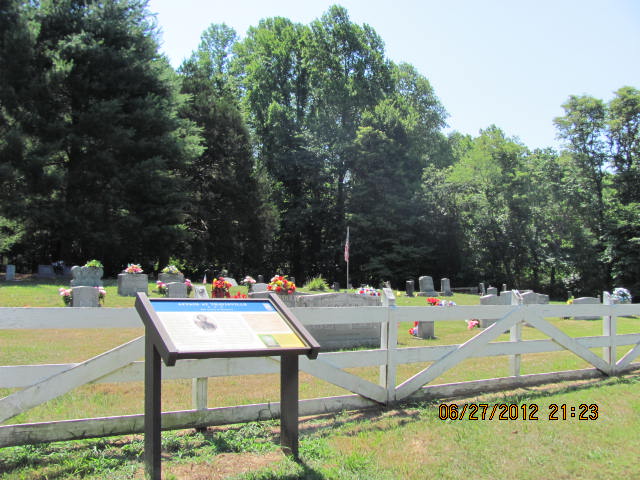 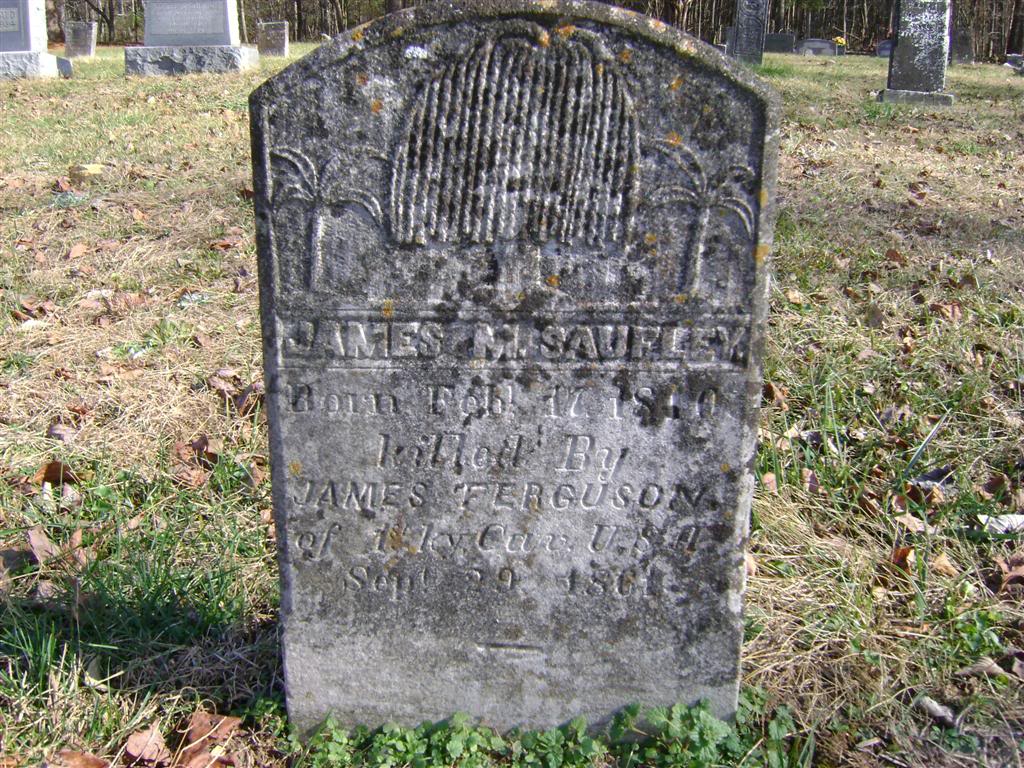 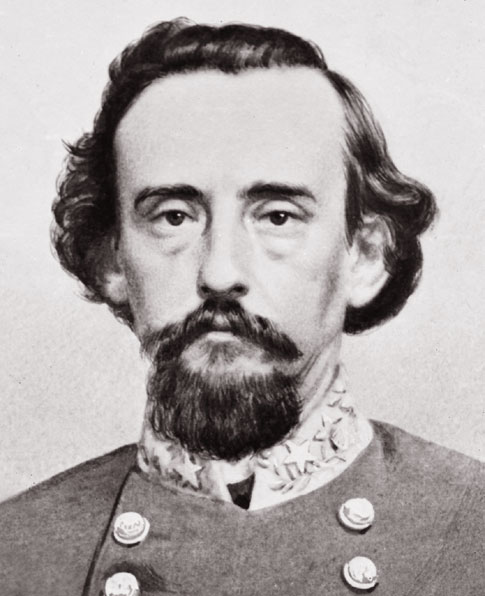 With the outbreak of Civil War in April of 1861, Kentucky decided to be neutral in that cause, thus becoming a Border State dividing secessionist Tennessee from the Union. However, in this region of upper Middle Tennessee, of the Cumberland Valley in the Appalachia Mountains, the residents of the region and southern Kentucky were divided in their loyalties. With this part of both states being too hilly, too mountainous for wide scale plantation-like farming, slavery was never really an issue for the people. Although Tennessee joined the Confederacy, this area of the state, and all eastern Tennessee was of Unionist sympathies. As both the Union and the Confederacy tried to persuade Kentucky to join their side in the conflict, Confederate forces, most from Tennessee, with some from states below and Kentuckians that fled to Tennessee, advanced into Kentucky to press the issue. Union forces were sent to Kentucky in retaliation. From April to September of 1861, local Confederate forces raided Union garrisons and Unionist areas in both Kentucky and Tennessee. Fed up with the harassment, especially after a Union camp in Albany, KY near the border was attacked, the Union sought to clean out the Confederate camps along the Kentucky/Tennessee border.

Towards the end of September local Union Commander, Colonel William Hoskins, led troops under the 1st Kentucky Cavalry and the Home Guards of Houstonsville (KY) left their camp in Albany, KY towards Travisville, TN, where a Confederate camp located. On September 29, Hoskins men attacked the Confederate forces led by General Felix K. Zollicoffer. The camp was surprised by the move. The battle was a short one as Confederate forces sought to resist the move. However, they quickly realized their resistance was futile, so many retreated. In the end, of the 100 Confederate men, 4 men were killed, and 2 were captured. No known Union casualties were recorded. This region of Tennessee was cleared of Confederate forces and for a time, Union forces were left alone in southern Kentucky. Thus ended Tennessee's first battle. Many in Tennessee today believe this minor action was critical, because it made it a real that war would not just come to Tennessee, but that even small communities would not be spared, while also making the realization that families divided would fight each other much closer to home.

One of the men killed in the battle was buried in the cemetery (Travisville Cemetery( where the marker for the battle is located: James M. Saufley. Saufley was a graduate of a law school in Louisville, Ky. According to a postwar memoir written by a staunch Unionist, former Kentucky congressman James S. Chrisman, a secessionist uncle of Saufley, induced the young man to join the Confederate camp. James Ferguson, a brother (and Unionist) of the notorious Confederate raider and criminal, Champ Ferguson, allegedly shot Saufley.

Dyer, Frederick H. A Compendium of the War of the Rebellion (Des Moines, IA: Dyer Pub. Co.), 1908. Lee, Dan. Wolford's Cavalry: The Colonel, the War in the West, and the Emancipation Question in Kentucky. Lincoln, Nebraska, University of Nebraska Press, 2016. 37-41