On April 19, 1863, a confrontation between white settlers and Native Americans in the region led to a massacre near Keyesville, CA, carried out by a detachment of the 2nd California Volunteer Cavalry. An estimated thirty-five Native American men were shot or bayoneted to death in the incident. The existing memorial site was established by local Paiute, Tubatulabal, and Kawaiisu tribal members a few miles away from where the massacre took place, as the actual massacre site is difficult to access. The site is marked by three wooden crosses, and has been used for Easter Sunday services dating back to the 1950s.

The three crosses represent the memorial for the Keyesville Massacre. The crosses are set a few miles away from the actual site, due to dangers trying to reach the site. 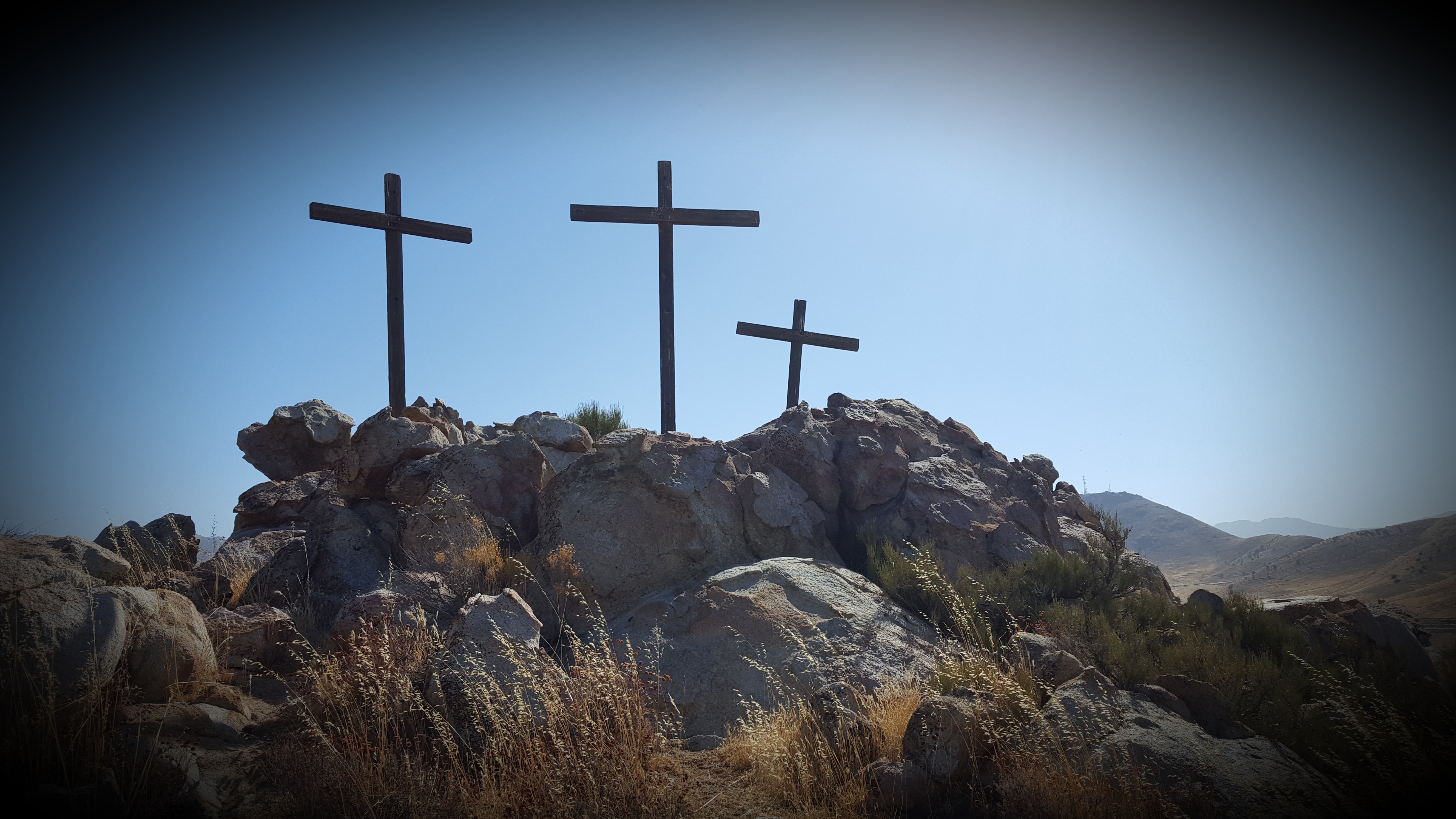 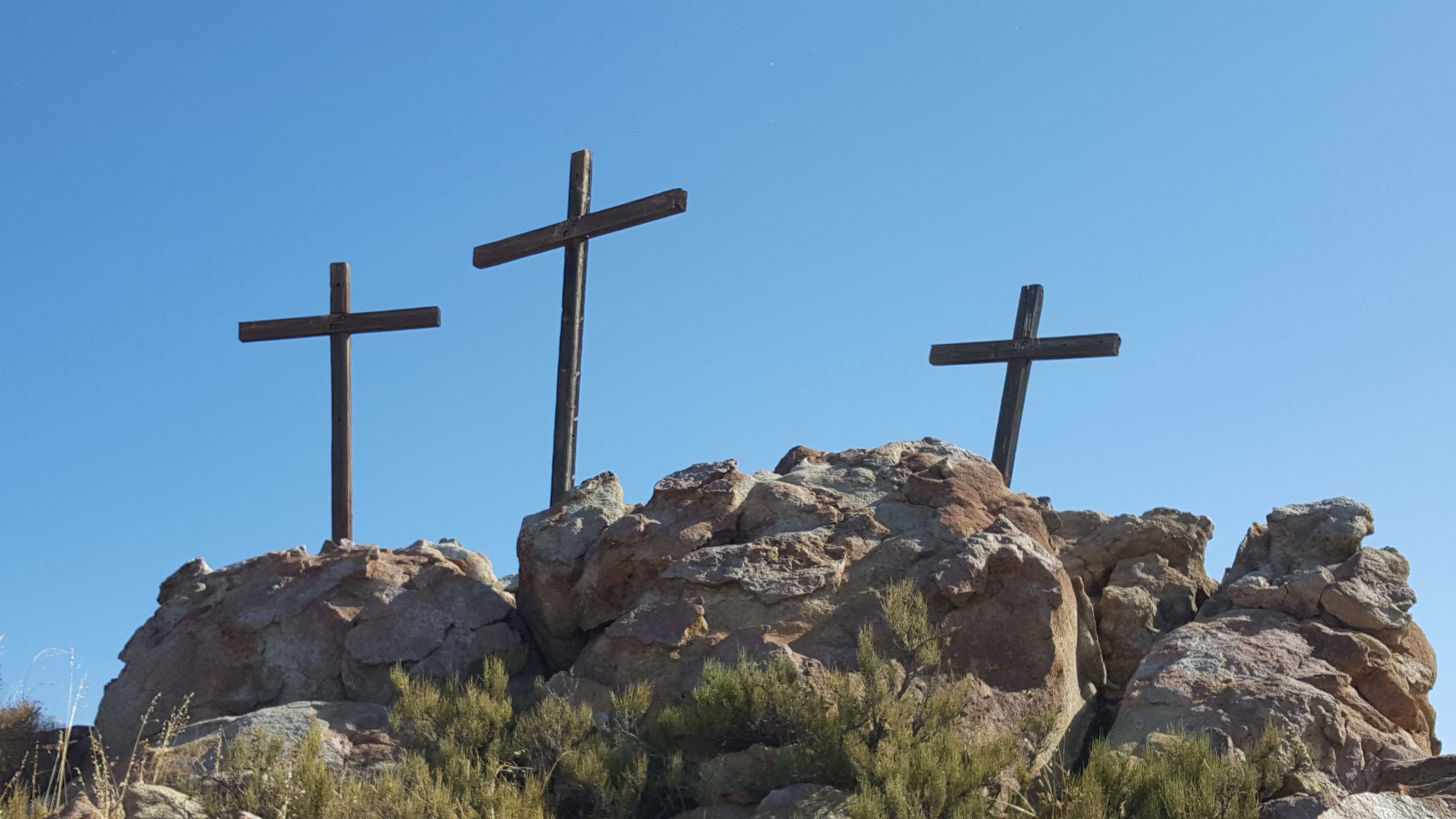 A Memorial Stone recognizing the Keyesville Massacre is located at the Nuui Cuuni Inter-Tribal Cultural Center at 2600 Hwy 155 in Lake Isabella, CA. 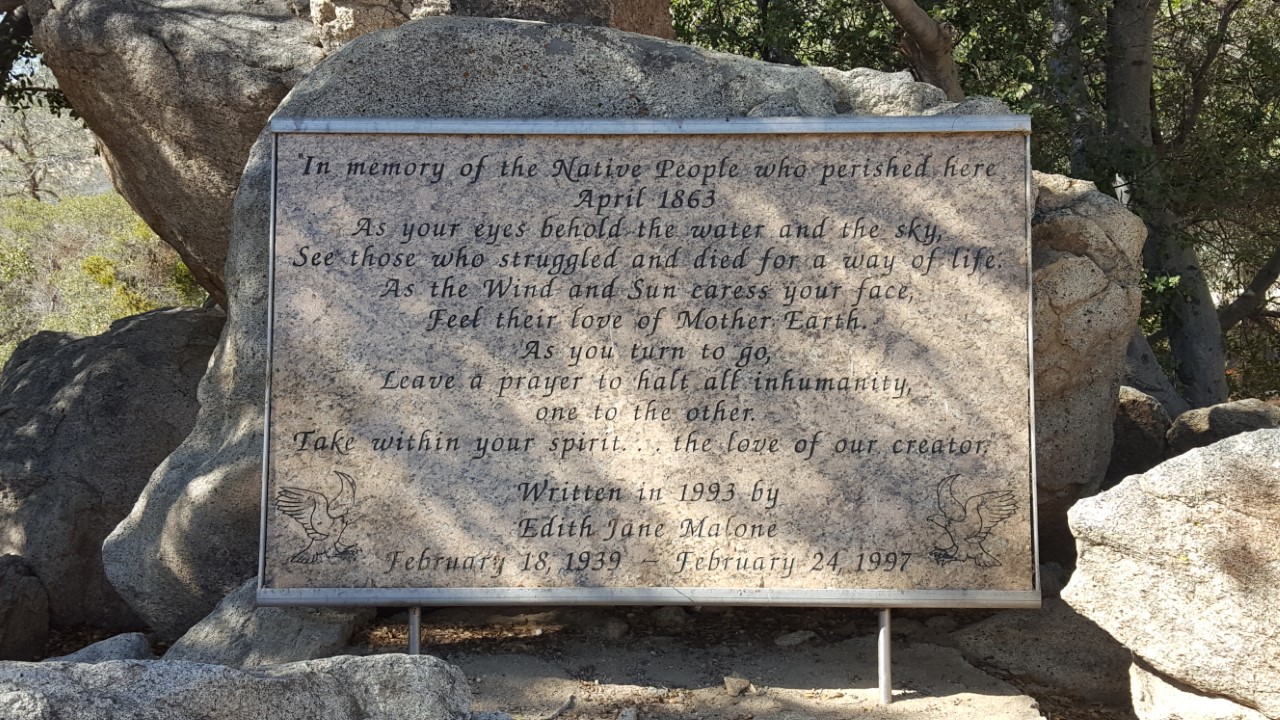 Located south of the major gold discoveries of the California Gold Rush, the southern end of the Sierra Nevada mountains nevertheless attracted prospectors, particularly after gold was discovered along the Kern River in 1853.1 The town of Keyesville sprang up where several deposits of gold were discovered, and, much like in other parts of the state, the influx of settlers into the region put a strain on the resources that local native tribes depended on for survival. This was common in many places throughout the state, and led to increased conflict between the settlers and Native Americans.

In the Owens Valley area east of the Kern River Valley, the conflict became the Owens Valley Indian War, which took place in 1862-1863, and was fought by California Volunteers and local settlers against Owens Valley Paiutes and their Shoshone and Kawaiisu allies. In the Kern River Valley, settlers reported that "a large body of Indians" had been stealing livestock and other property, as well as committing violent acts against settlers.2 It was also suggested that the ones causing the trouble were from outside of the area. The 2nd California Volunteer Cavalry arrived on the scene, led by Captain Moses A. McLaughlin, and after surrounding an encampment and separating out the "boys and old men," those who were suspected to be outsiders were "shot or sabered."3

It took years for the government to justify the cavalry's actions but according to local writer Bob Powers, "in 1893, the government gave land to the survivors of the tribe in a small attempt to right the injustice".4 The actual site of the massacre is reported to be dangerous to access, so the memorial site is located a few miles from it, and commemorated with three wooden crosses. Memorial services have been held annually at the site since at least the 1950s.