On July 3, 1895, the cornerstone for what would become Bakersfield High School was laid at 14th and G Streets. Known as Kern County High School, the school was originally founded in 1893, with classes temporarily held in a building at the corner of Truxtun and L Streets until a permanent high school campus could be built. In the beginning, 32 students attended. Now known as Bakersfield High School (BHS), the historic campus is part of the Kern High School District and remains the home of the "Drillers." In the present day, the historic school holds about 2,800 enrolled students (grades 9-12). 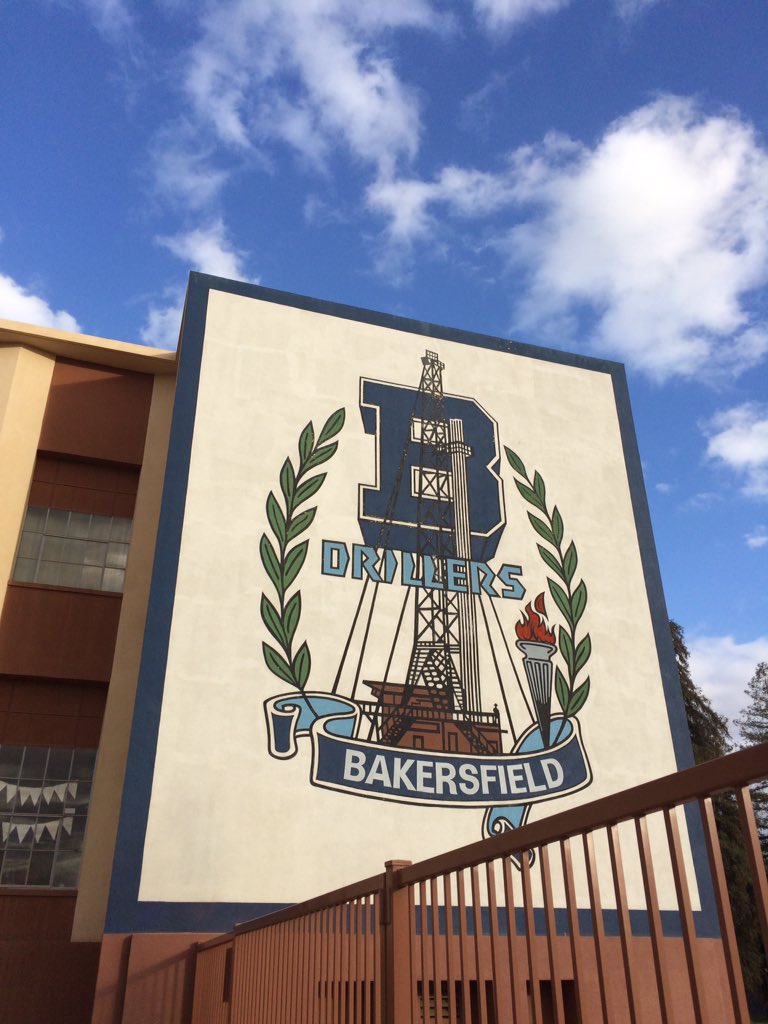 Driller Mural Donated by Class of 1999. 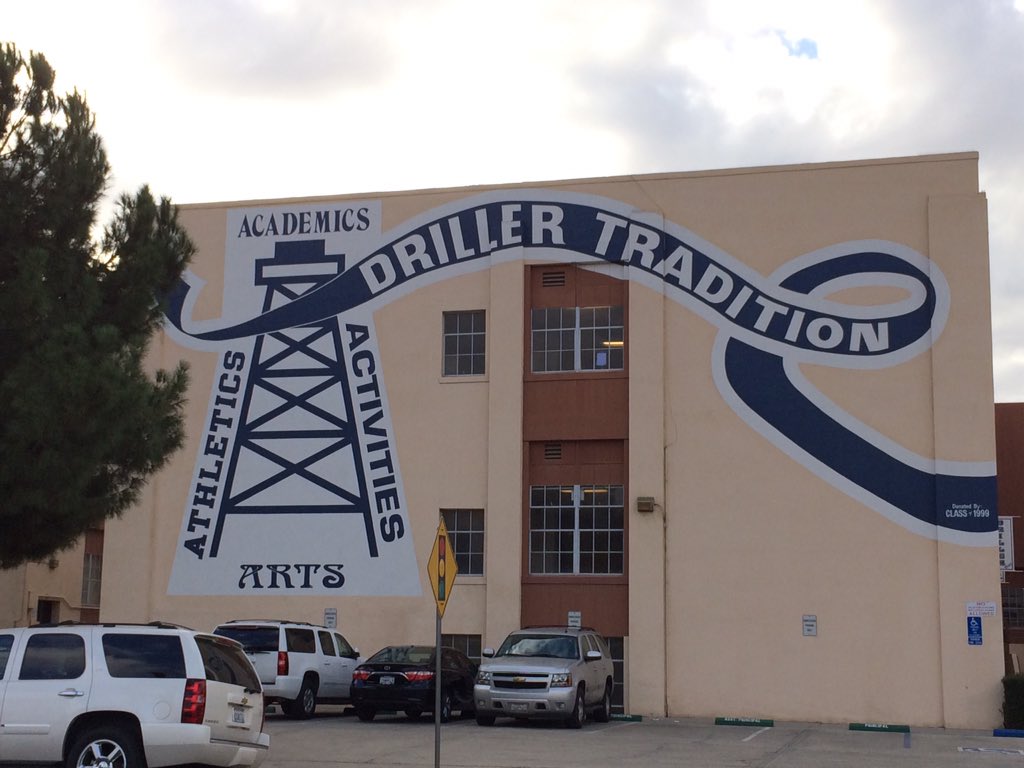 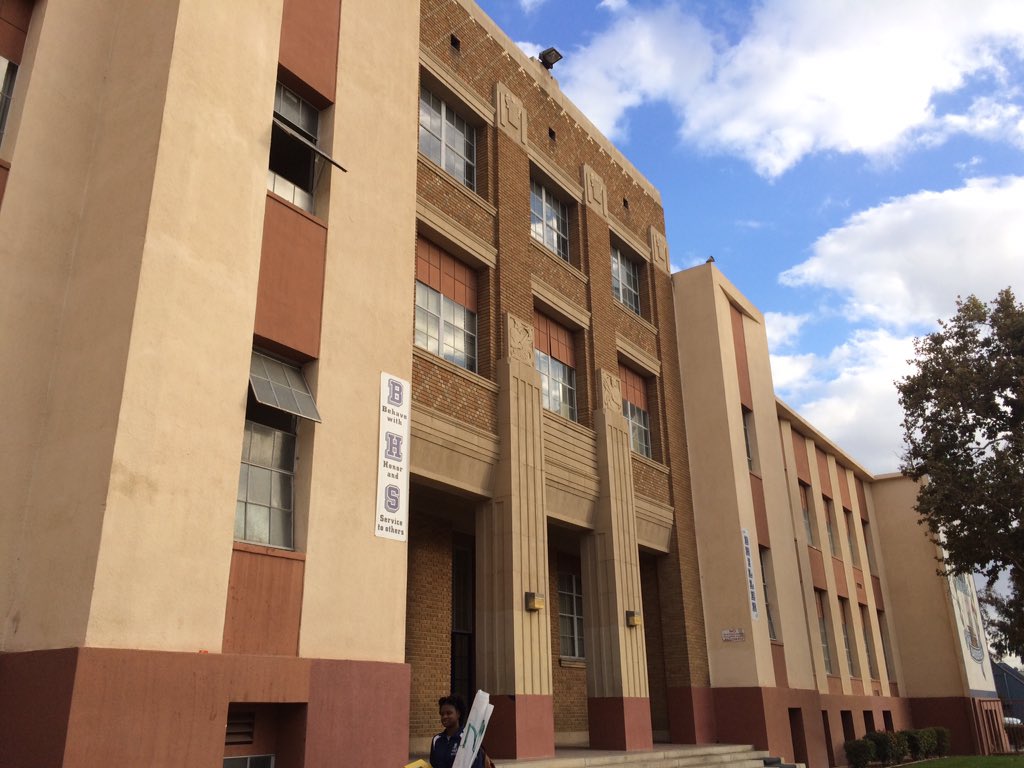 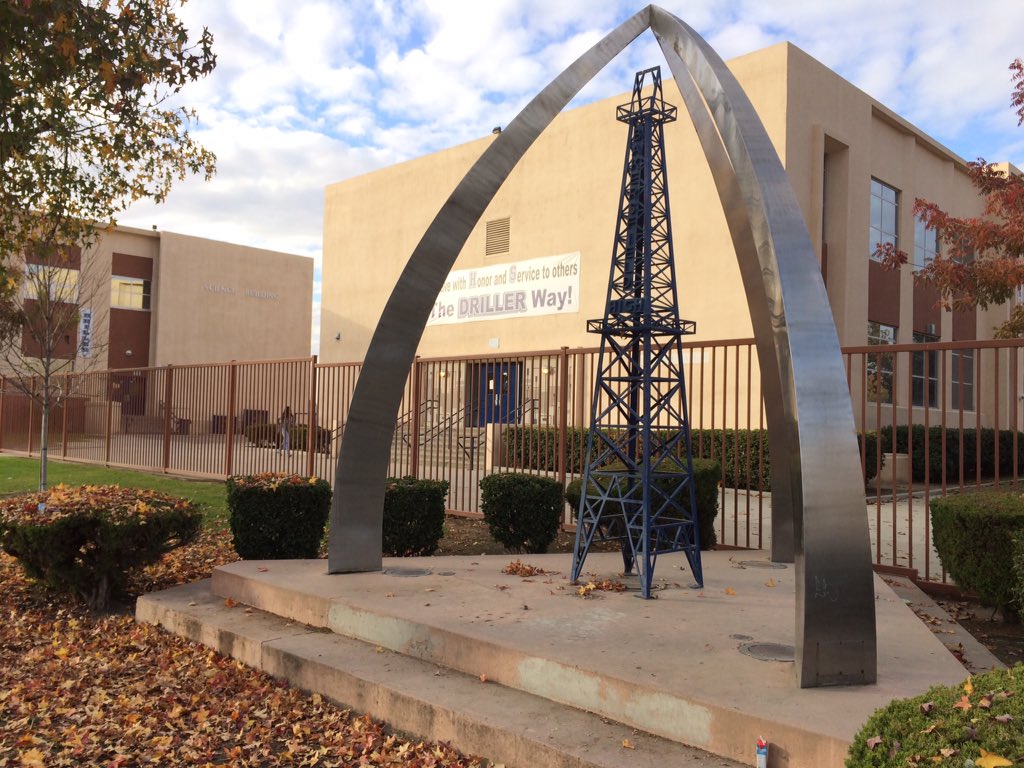 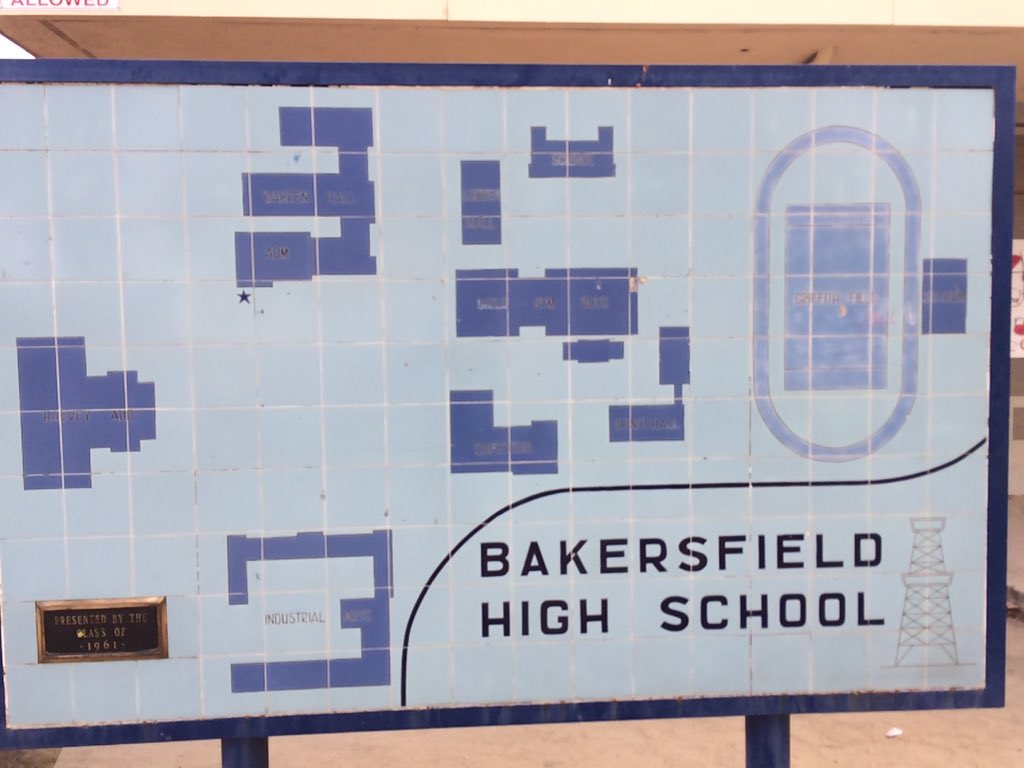 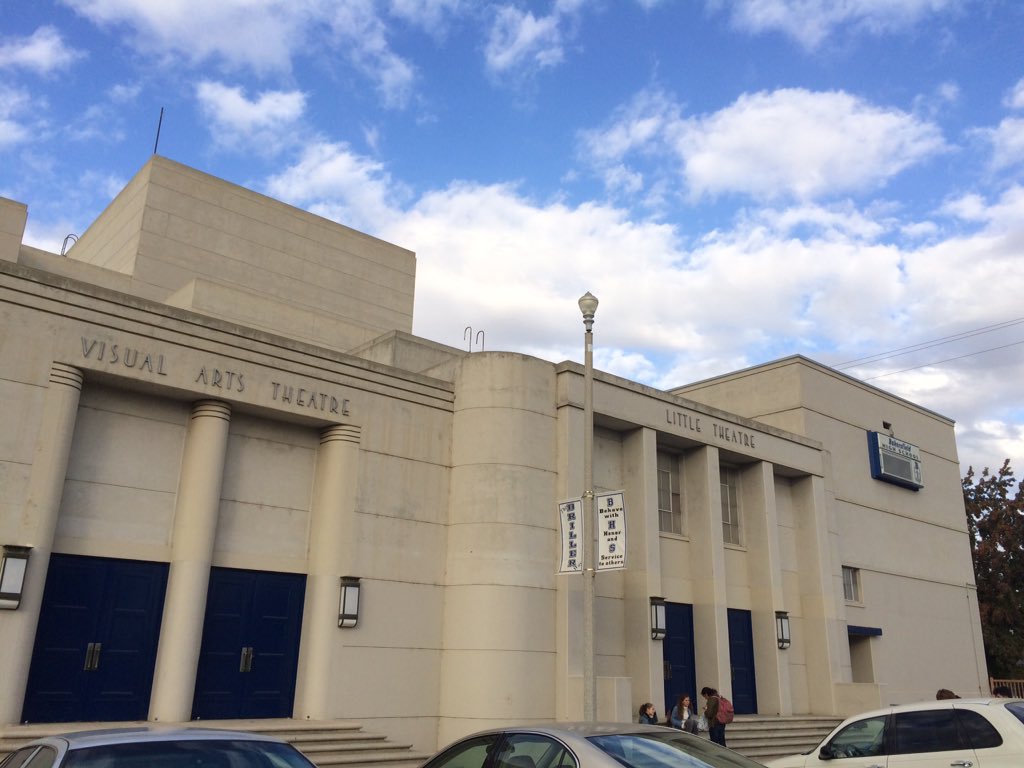 Bakersfield High School is the oldest high school in Bakersfield and in all of Kern County. In 1892, Alfred Harrell, Superintendent of Schools (later to be the founder and publisher of the Bakersfield Californian newspaper) petitioned the Board of Supervisors to approve the creation of the county's first high school. The board called for a county-wide vote in November, and voters gave their overwhelming approval, 1,274-286.1 Kern County’s first ever high school commenced operations on January 12, 1893, in two rooms on the second floor of a building at the corner of Truxtun and L Streets. Thirty-two students attended, and when the school's first graduation ceremony was held the following year, three students graduated.2

Construction on the school's permanent facility at 14th and G Streets began on July 3, 1895. By 1908, the school had expanded to two buildings, enrolling more than 200 students. But growth in the county was rapid, and by 1915, that enrollment had expanded to 500. Because it was the only high school in the county, students from outside of Bakersfield lived in dormitories or rented rooms nearby. The influx of students would continue, and student population would eventually reach an imposing number of 2,250 by 1930.3 Over the years, this booming growth was accompanied by expansion of the school's buildings and grounds, and eventually the building of new high schools in other parts of the county. The first was in Shafter in 1928, followed by East Bakersfield High School in 1938.4 Accordingly, the campus was renamed Bakersfield High School in 1945.

The school has remained in the same location since 1895, though many of the buildings have been reconstructed over the years. The 1952 Kern County Earthquake caused considerable damage. The damage was extensive enough that "[t]ents were set up in the quad to provide temporary classrooms to replace those that were lost. All that remained of the boy's gym was the locker room. Basketball games were played in the country Rio Bravo School."5 The original Administration Building, built in 1906, had to be torn down and replaced.6

The campus consists of several multi-story buildings. One of the most prominent buildings on campus is Harvey Memorial Auditorium, which began construction in 1941, but shortage of construction materials caused by World War II delayed the building's completion. It was finally dedicated in October of 1948.7

Bakersfield High School has boasted a number of well-known graduates over the years. Famous BHS alumni include Earl Warren, who served three terms as California Governor and was appointed Chief Justice of the United States Supreme Court by President Dwight Eisenhower, Congressman Kevin McCarthy, Pro Football Hall of Famer Frank Gifford, and others.8 The school is especially well-known for its athletic successes, having won a record number of football titles since 1896, when the school began competing in the sport.

Bakersfield High School remains a very important and historical site within Bakersfield and Kern County. With a student population just over 2,800, it has the largest student body on one of the smallest campuses (25 acres) in the Kern High School District. It has played an important part in the lives of many Bakersfield and Kern County residents since the late 1800s, and continues to influence the community it serves.