The San Diego Automotive Museum is located in Balboa Park, a well known 1,200-acre park in the heart of San Diego that features museums, performing arts organizations, gardens, and recreational opportunities. The Automotive Museum was added to the park as a historical museum in 1979, displaying the historical progression of cars, roads, and motorcycles. Displays are showcased to entertain and inform audiences of all ages. Special exhibitions are featured every two or three months, displaying historical vehicles and famous autos.

1922 Mack Water Truck outside of the San Diego Automotive Museum 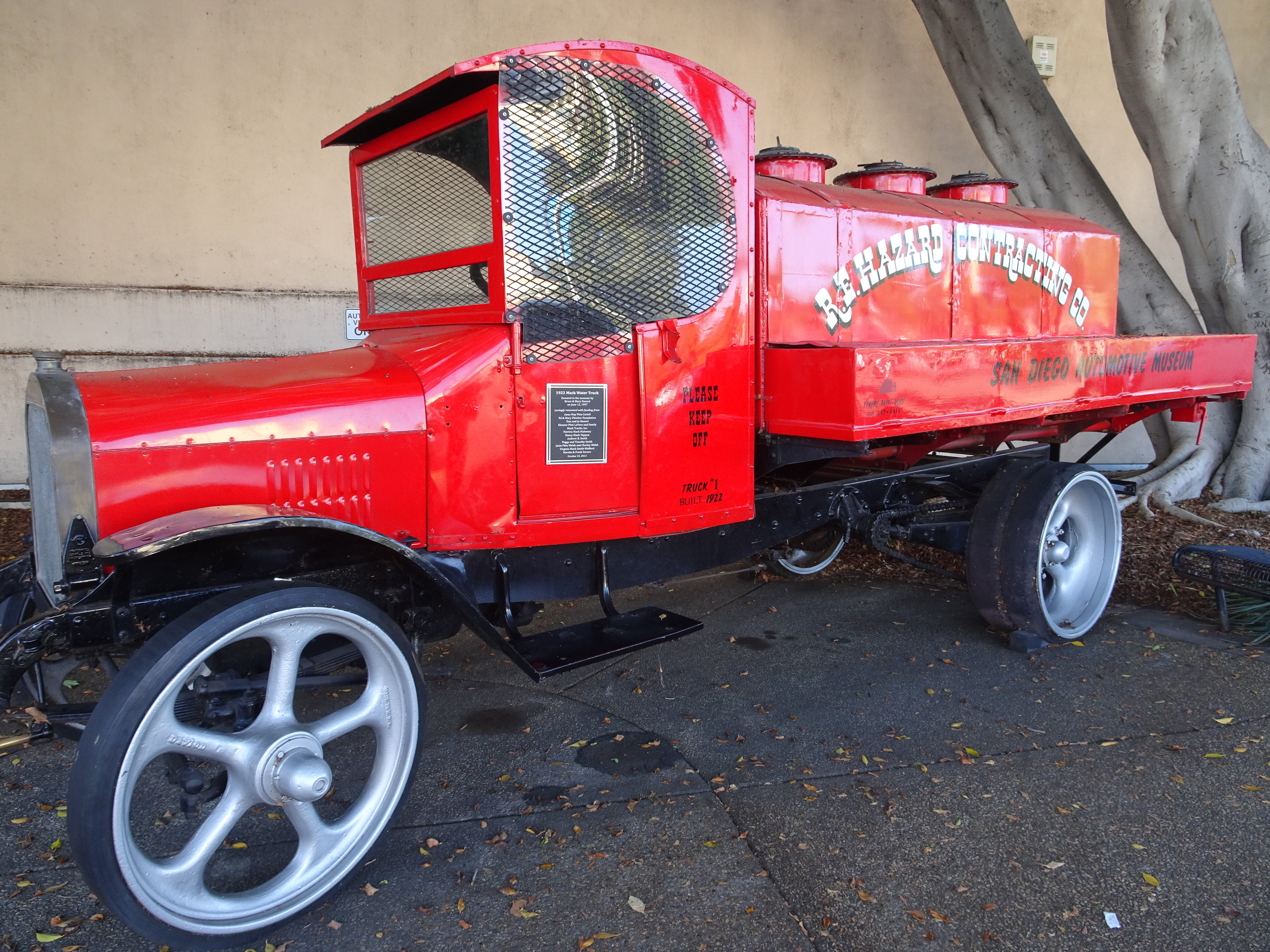 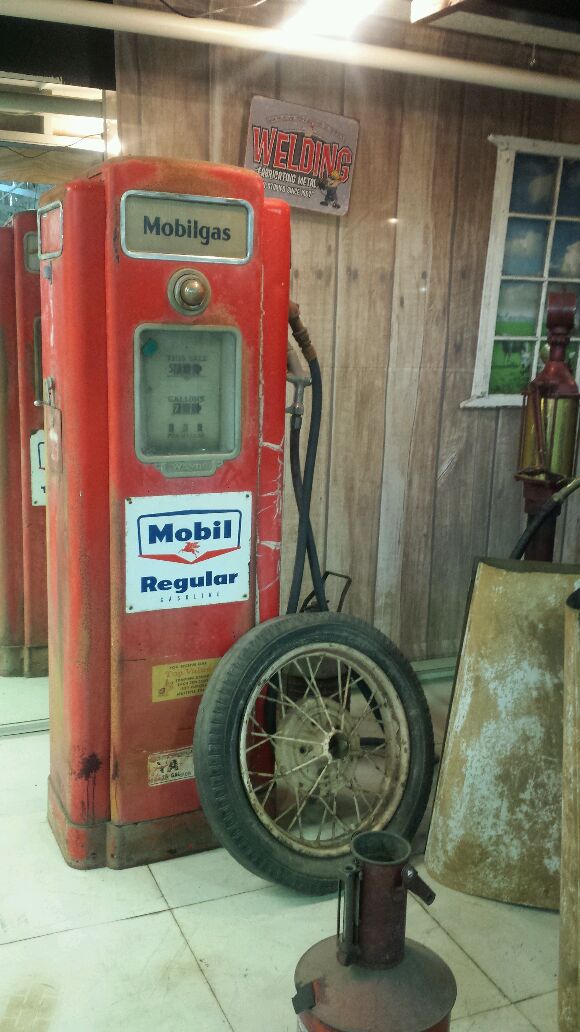 Section of Motorcycle Display Available inside the Automotive Museum 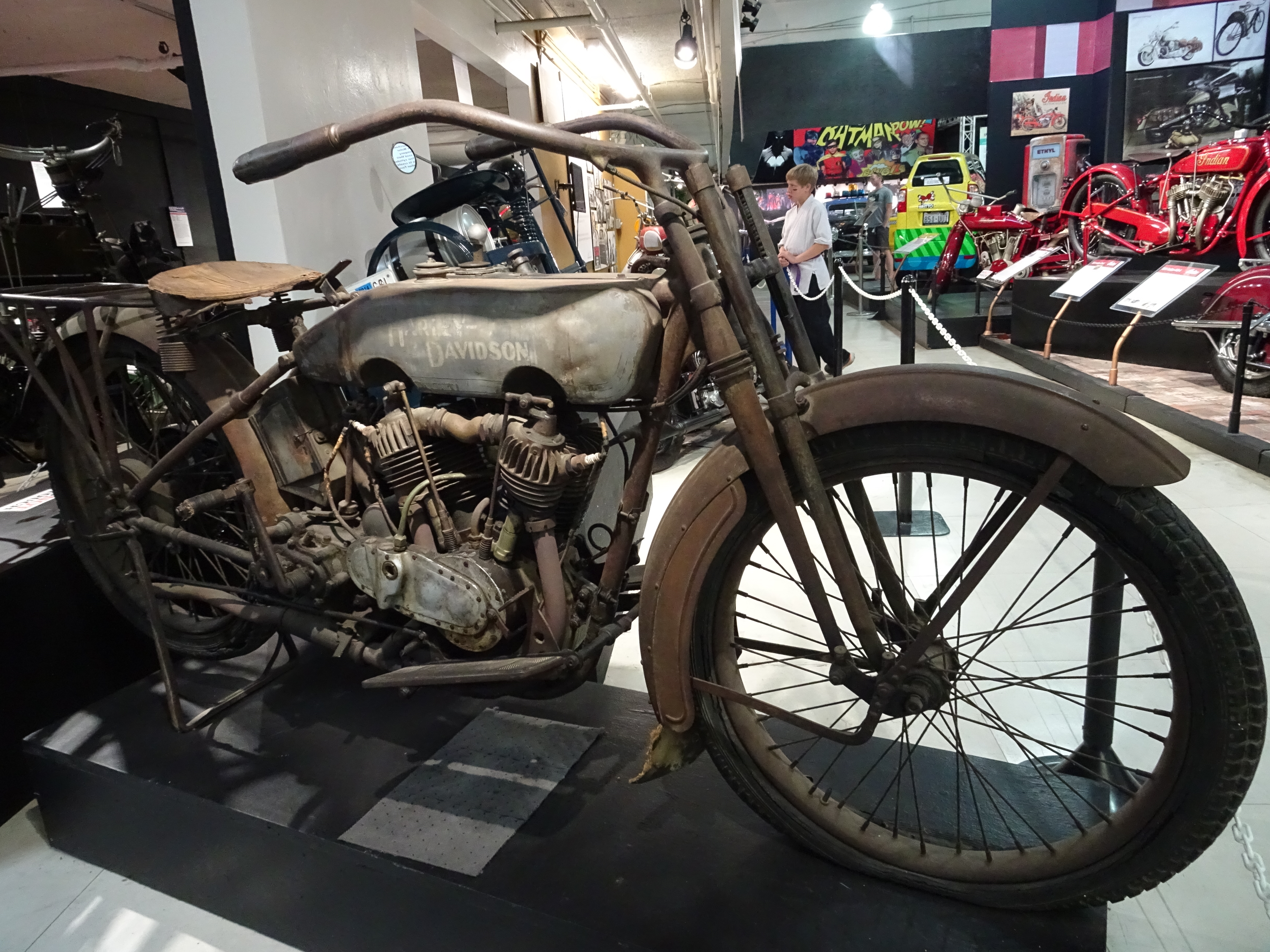 Outside of San Diego Automotive Museum, via Google Maps. 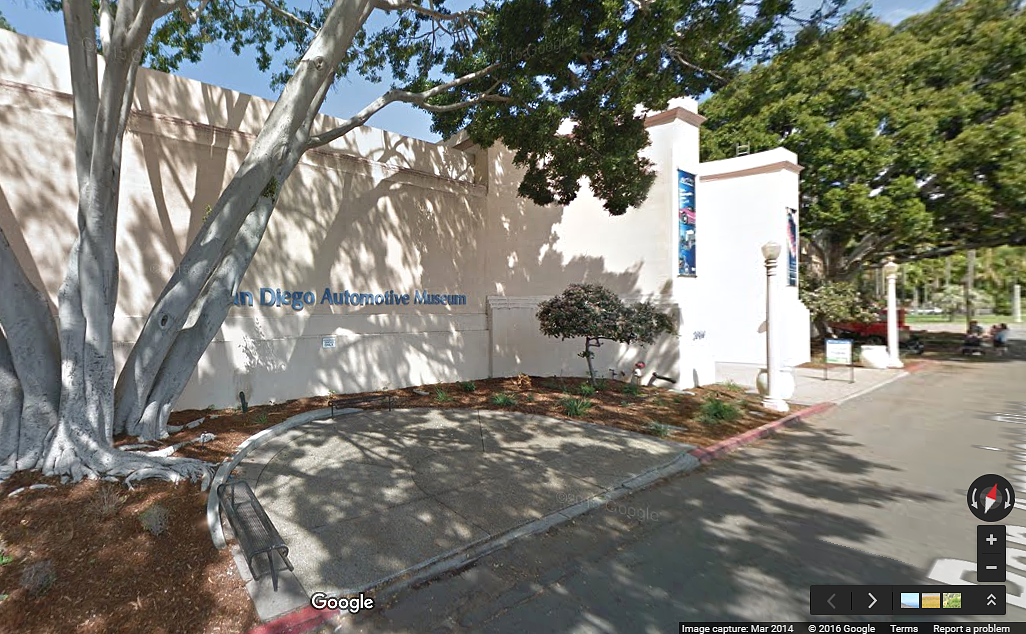 The San Diego Automotive Museum is home to a vast collection of cars and motorcycles that highlight automotive culture throughout history. The idea of creating an automotive museum in Balboa Park came from Briggs Cunningham, a renowned automotive collector and racer, but the idea did not become a reality until a group of local automotive enthusiasts in San Diego made the museum possible in 1979. The automobile was not created by a single inventor, and therefore there are over 100,000 patents that have contributed to the development of the automobile. The San Diego Automotive Museum provides a visual representation of how automobiles have evolved over time.

The museum displays a range of cars from different movie sets, including cars from The Fast & the Furious franchise, Cars, and Christine. Classic hot rod automobiles from the 20th century, Indian motorcycles, and contemporary sports cars are also on display. Exhibits on the earliest roads also explain how they were constructed out of wood and eventually transformed into cobblestone and, later, asphalt. There are images and live models of some of the first gas pumps and gas stations, showing how they have evolved over time. The museum also has a library section that contains various magazines and books about automobiles and their extensive history.

Every so often the museum changes up the layout of the cars on display, so do not expect to see the same exact cars in the exact same locations every time. There are times when the museum will only exhibit cars from animated films to captivate a younger audience. Other themed displays exhibit exotic and futuristic cars for the modern car enthusiast. All upcoming exhibits are listed in the calendar on the museum's website. At times, the museum partners with other automotive museums from around the world to showcase their cars or motorcycles at different events, parades and conventions, and a schedule of upcoming events are on the museum website and local newspapers.

The San Diego Automotive Museum offers tourists of all ages an experience like no other with the opportunity to learn about local and national history, science and physics, the progression of technology, and the art involved in car making. The impact of automobiles on Californian and American society has been tremendous and continues to be influential to this day. The San Diego Automotive Museum is an excellent place for all people to see and experience a part of our history in the making.