Kingsley Plantation is located on the Fort George Island and was the site of a large estate in the Jacksonville area where many enslaved persons lived and dies. The plantation is named after its original owner, Zephaniah Kingsley, a white man who married an enslaved woman and purchased the land in 1817 after settling there a few years prior. The plantation is now part of the National Park Service and is open to visitors who want to explore and take tours of the grounds and learn about the history of the plantation and the people-free and slave-who lived on these grounds.

Slave Quarters. Cotton was the man crop of the plantation but other crops such as rice were also grown. Kingsley implemented a “task system” to distribute work among the slaves. 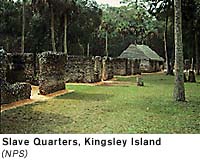 The Kingsleys and a number of former slaves moved to Haiti in 1837 and started a plantation there. This plantation was acquired by the nephew of the Kingsleys at that time 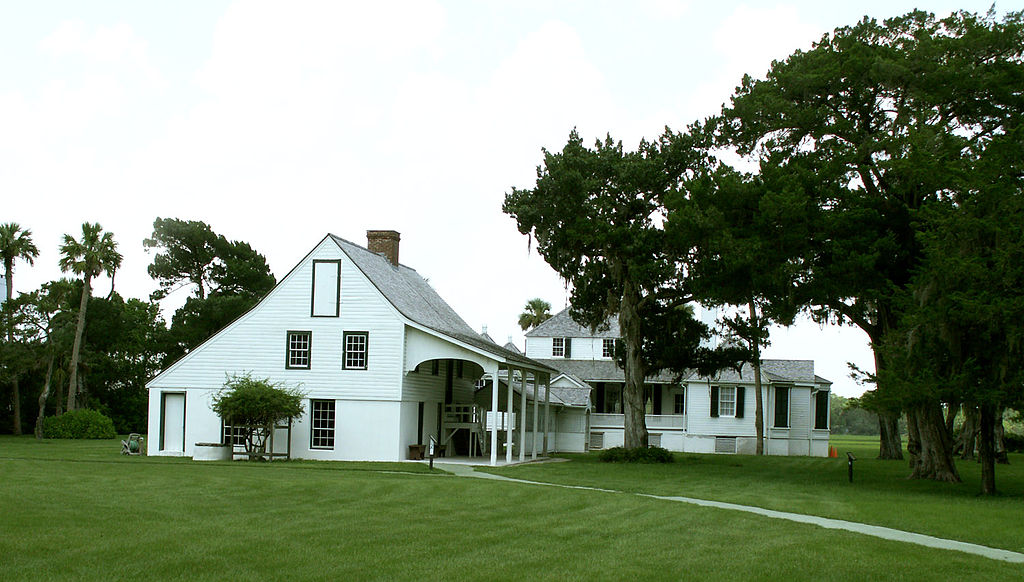 Slave Quarters. The State of Florida bought the plantation in 1955 and opened it as a state historic site. 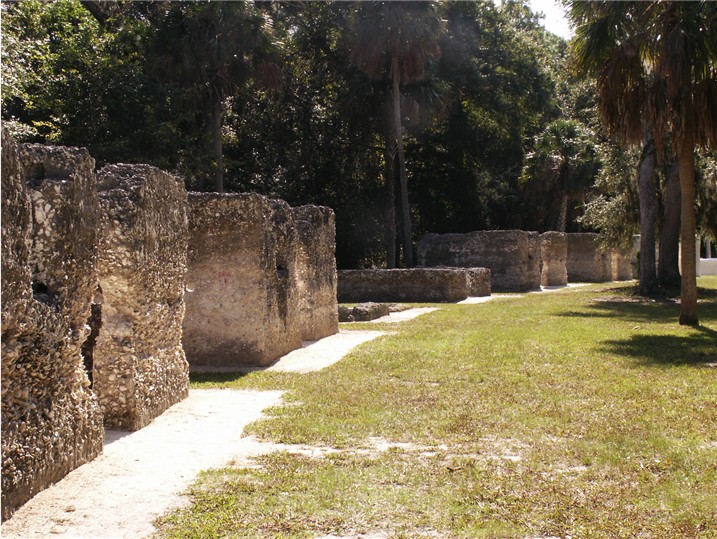 Zephaniah Kingsley purchased this land for $7,000 and owned several other plantations and land around the lower St. John’s River. Some of this property is now the city of Jacksonville as well as Drayton Island. Kingsley was once a slave trader and purchased a slave named Anna Madgigine Jai from Senegal in Africa. She then became his wife in 1806 and she  managed several of the plantations part-time while still a slave. Kingsley also had relationships with 3 other slaves. Kingsley had four children with his wife Anna, the last being born in 1824. Zephaniah Kingsley freed his wife Anna in 1811 and she acquired some of her own land. While this was not common, it was not unheard of in eastern Florida in the early 1800s. The last son born, John Maxwell inherited his land after his death.

Anna was an overseer of about 60 slaves on the Fort George Island where they grew citrus, sugar cane, Sea Island cotton, and corn. Most slaves in Florida during that time were part of a system where they were allowed during their free time after their daily work was finished, as well as the ability to grow their own crops. This all changed when the United States purchased Florida from Spain in 1821. n the early 19th century Florida belonged to Spain (notwithstanding the Native Americans inhabiting there) which had more relaxed laws regarding race relations and slavery. When the U.S. bought Florida in 1821 this all changed. Fear of freed slaves and slave rebellions resulted in the state government passing many laws in order to restrict rights of Blacks whether free or enslaved. Kingsley argued that treating these people humanely would ensure the peace as it had in the past when slaves might have more easily rebelled. He was appointed to the Legislative council of the Territory of Florida and sought to persuade them into more tolerant laws. His efforts were unsuccessful.

Because of laws forbidding interracial marriages and inheritances to Blacks, Kingsley sent his wife, and two of his children, as well as some of his slaves to Haiti where they would be free. He sold the land to his nephew and moved to Haiti. After his death, his wife went back to Florida to fight her husband’s relatives for the Fort George Island, where the court upheld Kingsley’s will because it was made under Spanish laws where free Blacks could inherent land.

The Kingsley Plantation is now managed by the U.S. National Park Service and a part of the Timucuan Ecological and Historic Preserve where people can visit and tour for free. The magazine article from Florida History & the Arts concludes, that “visitors can explore the grounds, which include the slave quarters, barn, waterfront, plantation house, kitchen house and interpretive garden.” The Island hosts events during Black history month in February and Kingsley Heritage Celebrations in October.