Known to locals as the Myrtle Ballpark, the J.P. Small Memorial Stadium is the last standing historic park in Jacksonville. It hosted the likes of the Jacksonville Athletics, the Jacksonville Scouts as well as multiple spring training camps for minor and major league baseball teams. It was also the home field for the Negro League team the Jacksonville Red Caps as well the Edward Waters College football team. The park is still accessible to willing patrons during regular hours and is being used for local public works. Thanks to local influence and historical awareness, the facility now houses a small museum, a statue of Buck O'Neil and a proper historical marker explaining the ballpark's significance.

The stadium from outside. 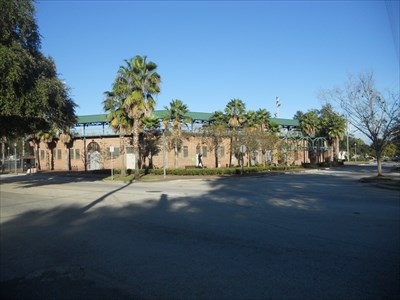 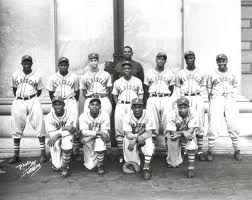 The site of the stadium sits on land that was originally owned by Joseph H. Durkee, a Union officer of the Civil War, businessman and politician. Upon acquiring the property, his son Jay Durkee sold it to businessman and President of the Jacksonville Baseball association, Amander Burrs, who would construct the original facility in 1911. Then known as Barrs Field, the stadium served as home to local athletics and the Jacksonville Athletics African-American Baseball Club and in 1921 the Jacksonville Scouts of the Florida State League. The park also served as a spring training camp for the minor league New York Giants and Brooklyn Dodgers as well as major league teams, the Philadelphia Athletics from 1914-1918, Pittsburgh Pirates in 1918, New York Yankees from 1919-1920 and the Brooklyn Dodgers in 1919-1920 and again in 1922. This was also the site of the first University of Florida vs. University of Georgia football game in 1915.

In 1926, plans were made by the city of Jacksonville to purchase the park and made complete in 1932. The name was then changed to Durkee Field and became home to the Jacksonville Tars. Renovations in 1936-1937 allowed larger capacity crowds and an African-American section was added. The stadium was also home to the Jacksonville Red Caps of the Negro American League in 1938 and 1941-1942. The Jersey City Giants would hold their spring training camp at Durkee Filed in 1946. Sam W. Wolfson purchased the Jacksonville Tars in 1953 and restructured the organization into the Jacksonville Braves, a class A affiliate of the Milwaukee Braves of the MLB. Wolfson then made a bold move by being one of the first to introduce racial integration to the forefront with the addition of 3 African-American players, Hank Aaron, Felix Mantilla and Horace Garners to his ball club. = The Braves would later move to the new Wolson Park.

In the later years, the field would be used by Raines High School, Stanton High School and Edward Waters College. By The 1970s, the stadium was in despair and was scheduled for demolition, that is until local advocates began pushing for preservation. A bill was brought fourth in 1980 to renovate and rename the park to the J.P. Small Memorial Stadium, sponsored by city council member Sallye B. Mathis. After the demolition of Wolfson Park in 2002, J.P. Small Memorial Stadium became last historic park in Jacksonville. By May 2003, the Jacksonville Government had pushed legislation for a historical marker to be placed at the site and 2006 saw the addition of a small museum commemorating the history of the stadium. In 2013 the park was placed on the National Register of Historical Places under the name Joseph E. Durkee Athletic Field.