The Cummer Museum opened in 1961 and presently houses over 5,000 works of art spanning 8,000 years including significant European and American paintings and a renowned Meissen porcelain collection. Visitors can also tour the beautiful formal gardens overlooking the St. Johns River. The gardens were added to the National Register of Historic Places in 2010 thanks to their association with five important landscape artists and firms of the 20th century as well as to the person for whom the museum is named after, Ninah Cummer (1875-1958). Cummer was an avid horticulturalist and towards the end of her life began to collect art that would become the first part of the museum's collection.

This sculpture is located just near the museum entrance.

The Cummer Museum of Art and Gardens 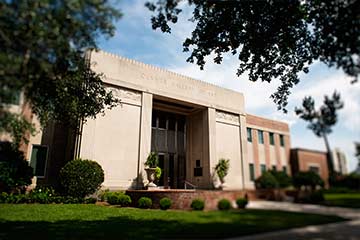 View of one of the gardens, which are located behind the museum along the river. 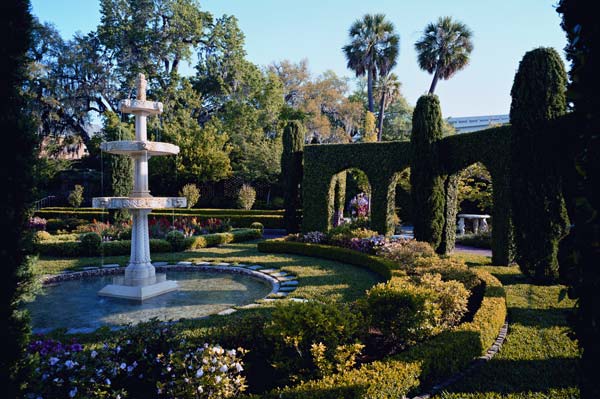 Nina was born in Michigan in 1875 and attended the University of Michigan where she studied Greek and Latin. She herself would teach these languages in Michigan for a few years after her graduation. Cummer also met her future husband, Arthur, there at the school. Arthur’s father was named Wellington Cummer, owner of a lumber company that was once the largest landowner in the state of Florida. In 1902, the couple had been married and built their home alongside Riverside Avenue. Arthur’s family lived nearby them once they were moved into their new home.

The couple purchased their first piece of art in 1906 which was named Along the Stand painted by artist Paul King. The painting depicted the image of two men riding horse-drawn carriages on a beach. In 1932, Arthur’s mother, Ada, would pass away leaving her sons to split the property after destroying the previous home. Ninah hired Ellen Biddle Shipman as a landscape architect to help build the Italian Garden on her land. The Italian Garden would combine with Ninah’s sister-in-law’s Olmsted Garden once it was finished. After her husband’s death in 1943, Ninah started gathering and collecting art as a hobby.

The year before she died, she created the DeEtte Holden Cummer Museum Foundation to help expand her vision after her death. Ninah would die in the year of 1958 leaving her art collection and gardens to the newly-formed foundation in order for it all to be turned into a museum. The Cummer Gallery, the former name of the museum, would be constructed and officially opened on November 11, 1961. The grand opening of the museum was attended by approximately 1,000 guests including the mayor of Jacksonville W. Haydon Burns and Florida Governor Farris Bryant. Mayor Burns would say to the guests:

”The people of Jacksonville have never received a gift comparable in generosity or beauty to the museum...a testament of the heritage of the past and representing the strength and character of those who were leaders of Jacksonville in the past.” -Mayor W. Haydon Burns

Inside the museum’s collection, there are 51 paintings put on display by an artist known as James McBey, French art loaned from a NYC gallery, and American paintings from the National Academy of Design. In 1971, the museum celebrated ten years since their opening year by opening a wing for 17th Century art. In 1989, they acquired an ancient Egyptian stela making it the oldest piece of art collected at the museum. On January 25, 2010, the Cummer Gardens would find themselves placed on the National Register of Historic Places.

This short drive through Jacksonville includes a variety of historic buildings on both sides of the river and also incorporates many of the city's museums, heritage centers, and parks.