In 1967, Pittsburgh’s United States Steel Corporation launched a project to build the tallest building in the United States. Although the U.S. Steel Tower fell short of that mark, it reaches a towering 841 feet high and is covered in distinctive Cor-Ten steel. The building represents the centrality of steel to the city of Pittsburgh and remains the signature high-rise building in the city. The Sun-Telegraph Building stood at this location prior to the construction of the U.S. Steel Tower. 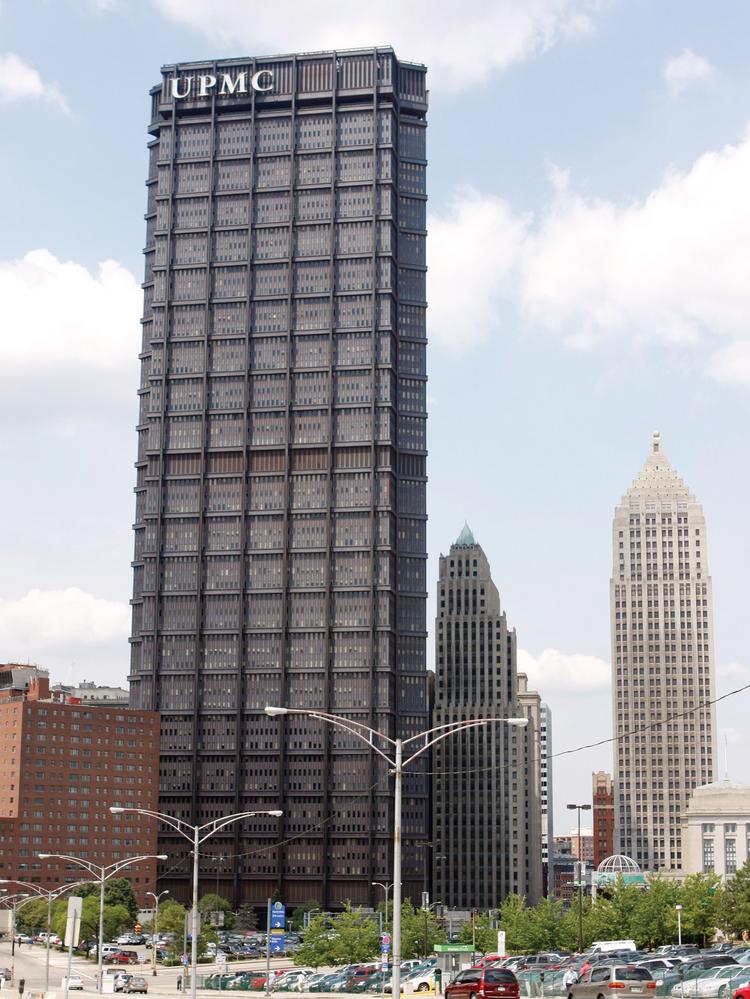 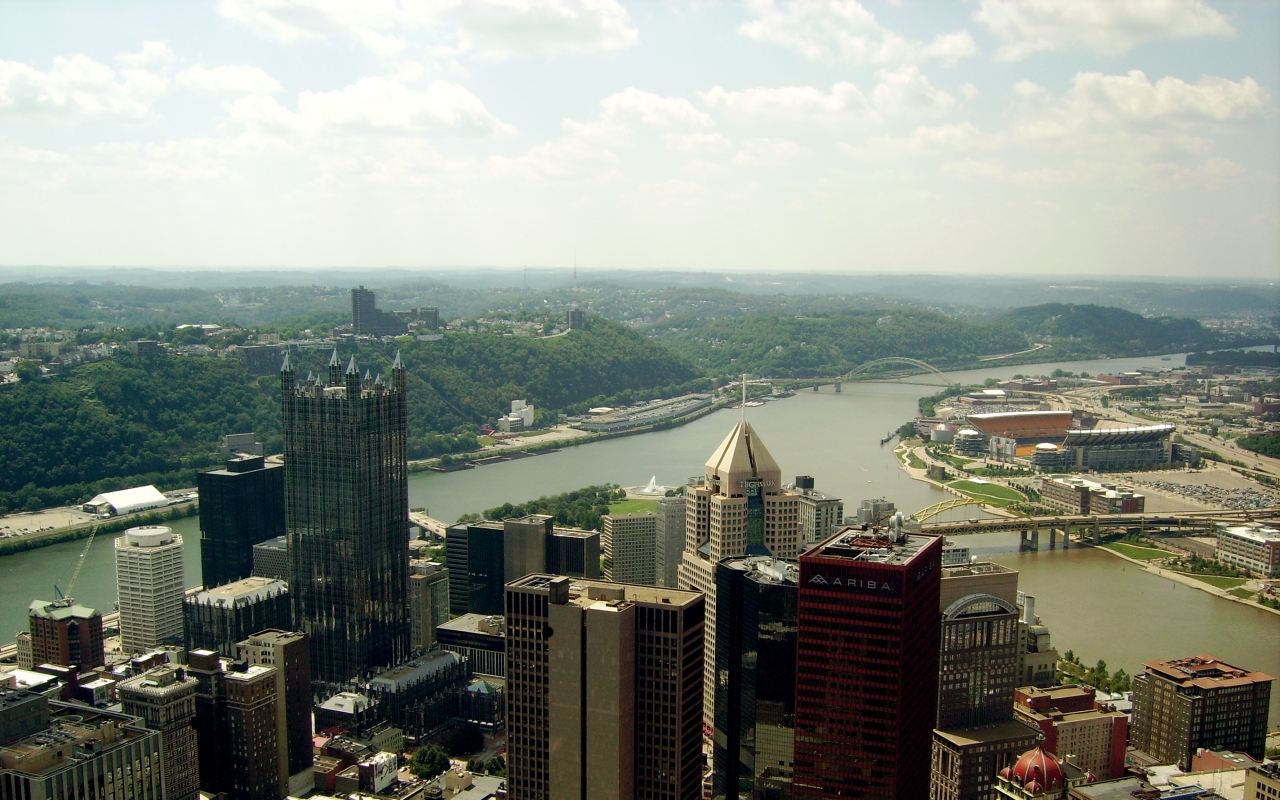 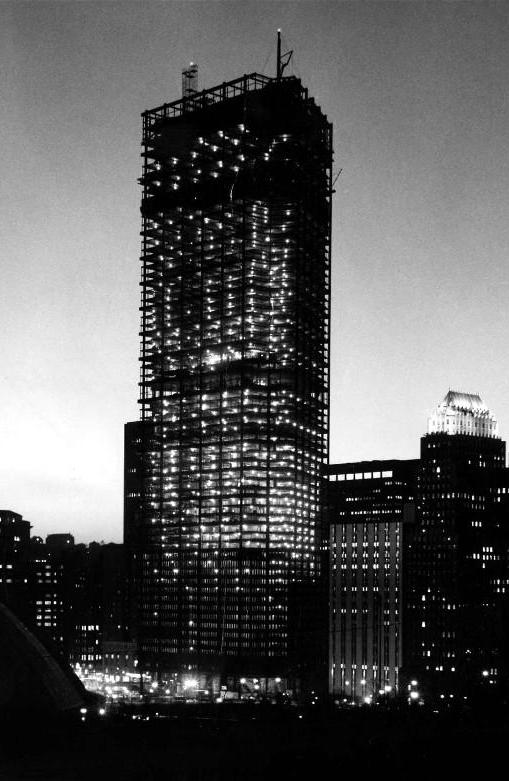 Modern Pittsburgh is a leading center for technology and finance companies, but the city's early growth was based on river trade followed by the development of the steel industry. The construction of this high-rise tower symbolized the centrality of steel, but it was constructed at a time when the city's economy was shifting towards other industries.

In the spring of 1967, leaders of the United States Steel Corporation pursued an opportunity to bring attention to the city of Pittsburgh and the continued relevance of steel to the city of Pittsburgh. The managers hoped to construct the tallest building in the country and make the building of Cor-Ten Steel. The triangular shaped building with indented corners were designed by Harrison Abramowitz. The project was completed in 1970 and at that time the U.S. Steel building ranked as the third tallest building in the country behind the Empire State Building and Sears Tower.

The 64-story building is supported by 18 liquid-filled and fireproof columnns; the first structure in the nation to use this technique. The building is completely covered in Cor-Ten Steel which is resistant to the eroding effects of rain, snow, ice, fog, and other weather conditions. Because of the uniqueness of this steel, a dark brown oxidation forms over the surface. The unique oxidation process cut the cost of painting and rust maintenance when used for the structure of buildings. The Cot-Ten steel was manufactured at the U.S. Steel Homestead Works plant just outside of the city.

The name of the building was changed to USX Tower in 1988 and then again to U.S. Steel Tower in 2002. The U.S. Steel Tower is currently the headquarters for the United States Steel Corporation and the site of the University of Pittsburgh Medical Center. As the tallest building in Pittsburgh, the building is frequently featured in city promos as well as Pittsburgh-themed movies, television shows, and other media. In 1986, Donald Sulkowski and Alan Danko parachuted from the rooftops of the U.S. Steel Tower moments before the start of the Pittsburgh Marathon. The two men were immediately arrested upon landing.