Now overgrown and tucked away into Coopers Rock State Forest, the Henry Clay Furnace remains an imposing reminder of the region's rich iron industry history. The Henry Clay Furnace, constructed in 1834, is a 30 foot tall, cut-stone furnace that was used to smelt pig iron from local iron ore. At the height of the furnace's use, a church, store, school, and community of approximately 200 workers were located near the furnace. Today, the stone edifice is all that remains of the once industrious community. 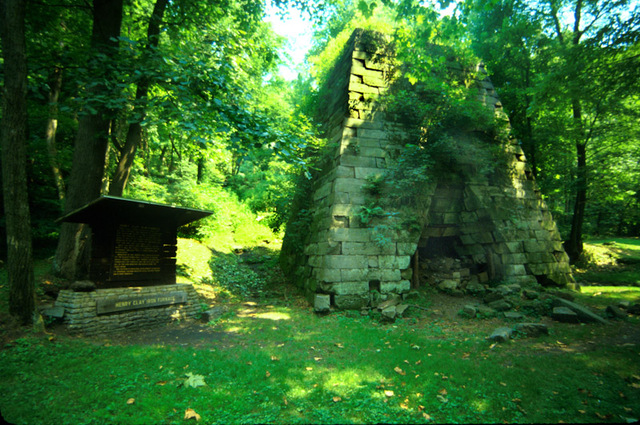 Historical Marker at the site. 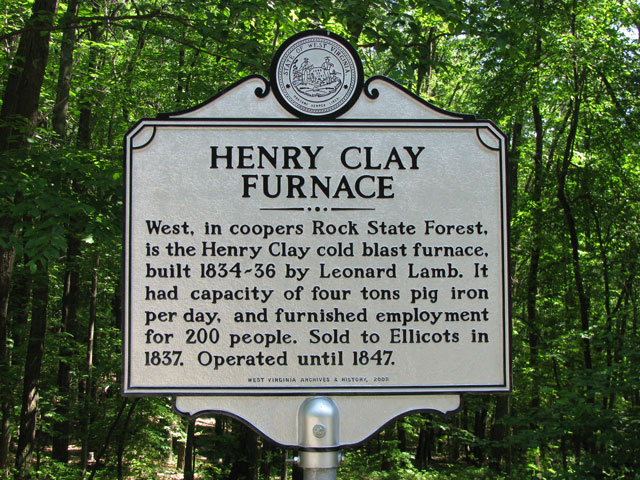 1912 view of the furnace showing the extent of overgrowth 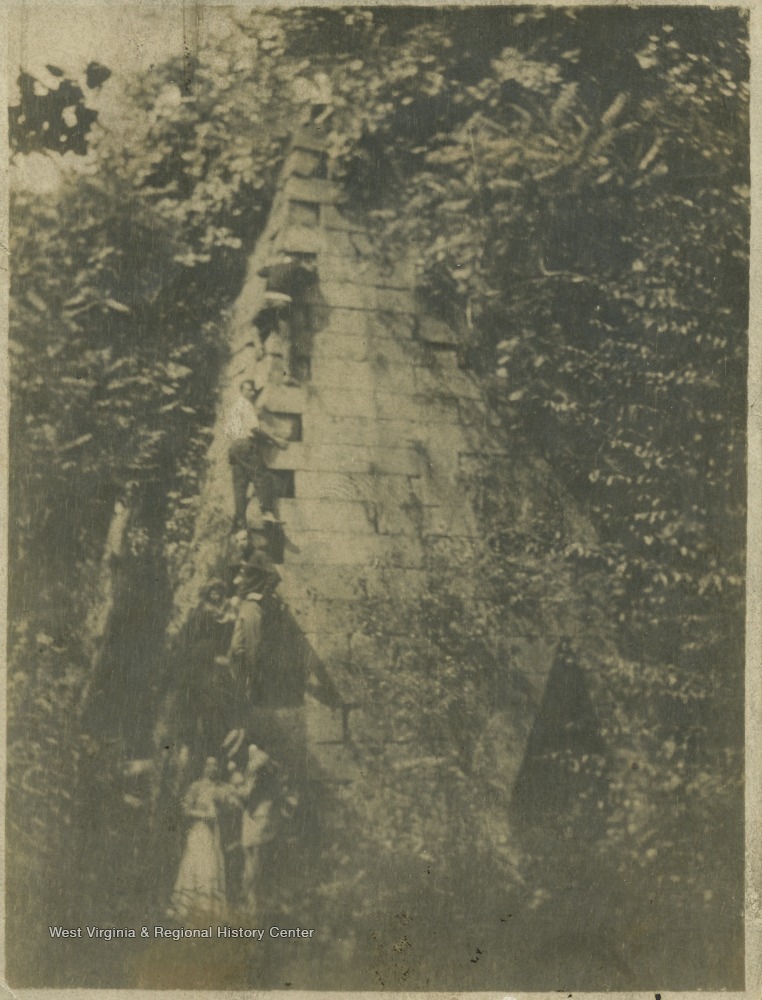 The iron industry was one of West Virginia’s earliest and most profitable industries. The state’s abundance of natural resources critical to the manufacture of iron such as iron ore, timber, limestone, and coal, made northern West Virginia a logical and convenient location for the industry. The early history of ironworks in the state began in Jefferson County in 1742, where William Vestal constructed an iron bloomery on the banks of the Shenandoah River. Small bloomeries such as Vestal’s were critical to life on the frontier. Iron implements were heavy and difficult to transport across the mountains, resulting in a scarcity of iron goods. However, once small ironworks came into operation, frontier settlers could more easily access iron goods such as tools, stoves, and nails.

In the late 1700s, larger ironworks such as blast furnaces and forges started to be constructed in West Virginia. These larger works were able to produce much greater quantities and variety of iron goods. They were also able to produce different types of iron such as cast-iron and wrought-iron. A Maryland man named John Semple constructed West Virginia’s first blast furnace called the Keep Tryst Furnace along the Potomac River in 1763.

After the Revolutionary War, the iron industry expanded westward across the mountains. In 1809, a Pennsylvania Quaker named Samuel Jackson brought the iron industry to north-central West Virginia. He established Jackson’s Ironworks at Ices Ferry in present day Monongalia County. Located along the banks of the Cheat River, Ices Ferry was an industrial center with a population of roughly 2,500 people. Jackson’s Ironworks expanded in 1822 and the industry built its second furnace called the “Woodgrove” approximately three miles from Ices Ferry on Morgan Run. Finally in 1834, Jackson constructed the Henry Clay Furnace on a small stream called Clay Run just outside of present day Morgantown.

The Henry Clay Furnace, was the first steam powered blast furnace in West Virginia, and is an impressive square tower that stands 30 feet high made from local cut-stone. The furnace was used to smelt raw iron ore from the surrounding area into pig iron. This structure resembled a mother sow suckling her piglets. Workers would load the tower with alternating levels of charcoal, iron ore, and limestone flux which would then be set of fire and gradually brought up to the correct temperature. The molten iron ore could then be released from the furnace into molds to form iron ingots and bars. The iron was known as pig iron because of the casting process. Molten iron was funneled down a central channel before settling into ingots lining the sides of the channel. When the Henry Clay Furnace was at its peak of operation, an estimated 200 workers lived in roughly 100 log houses around the furnace. There was also a school, company store, and a church which served the community. Today, the furnace is all that remains of the once thriving community.