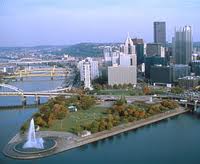 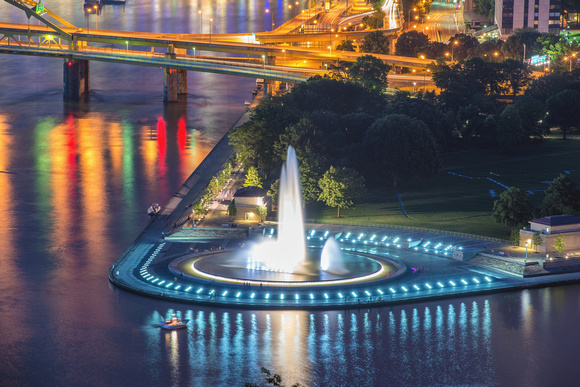 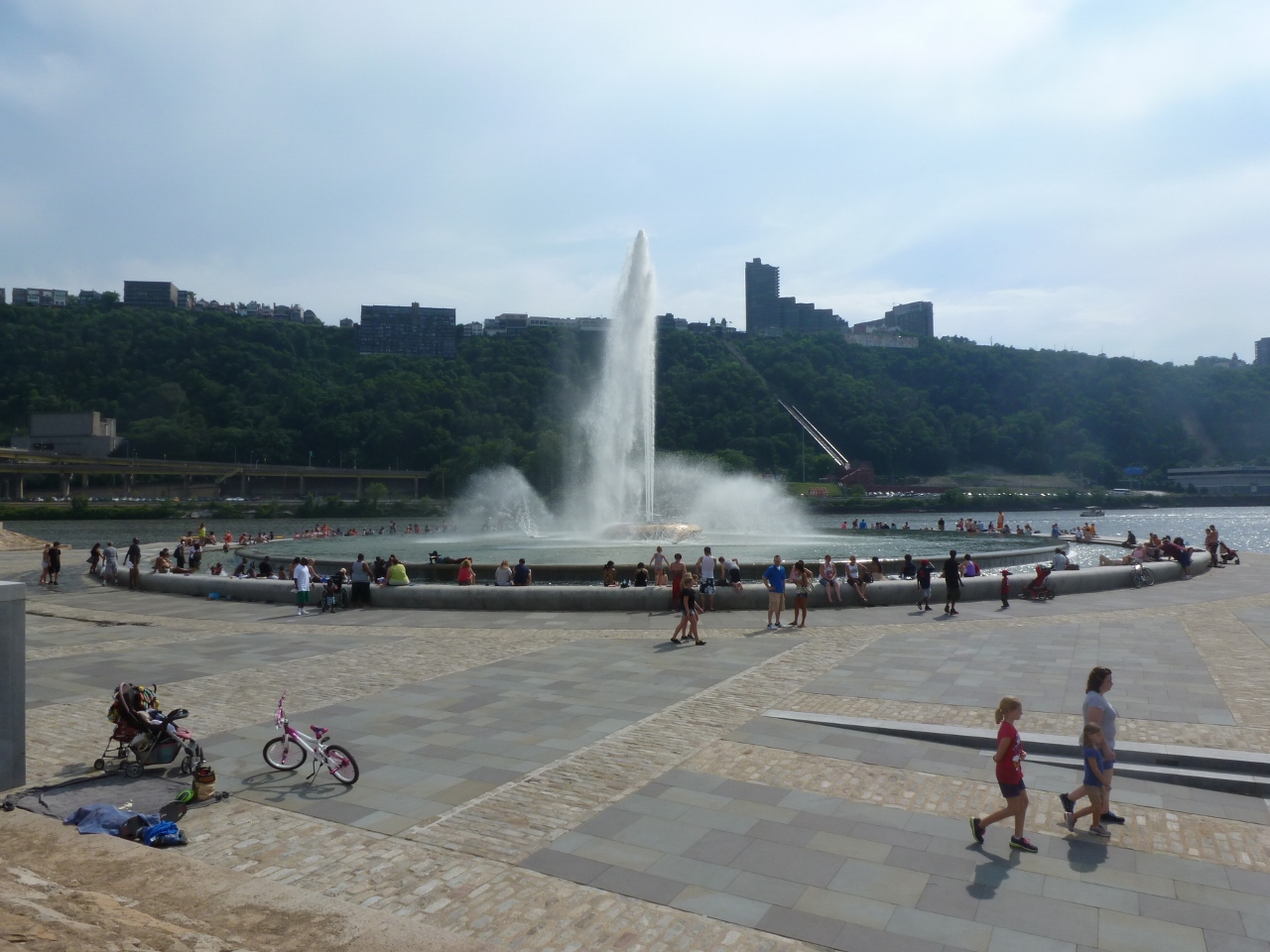 The "Golden Triangle" prior to construction 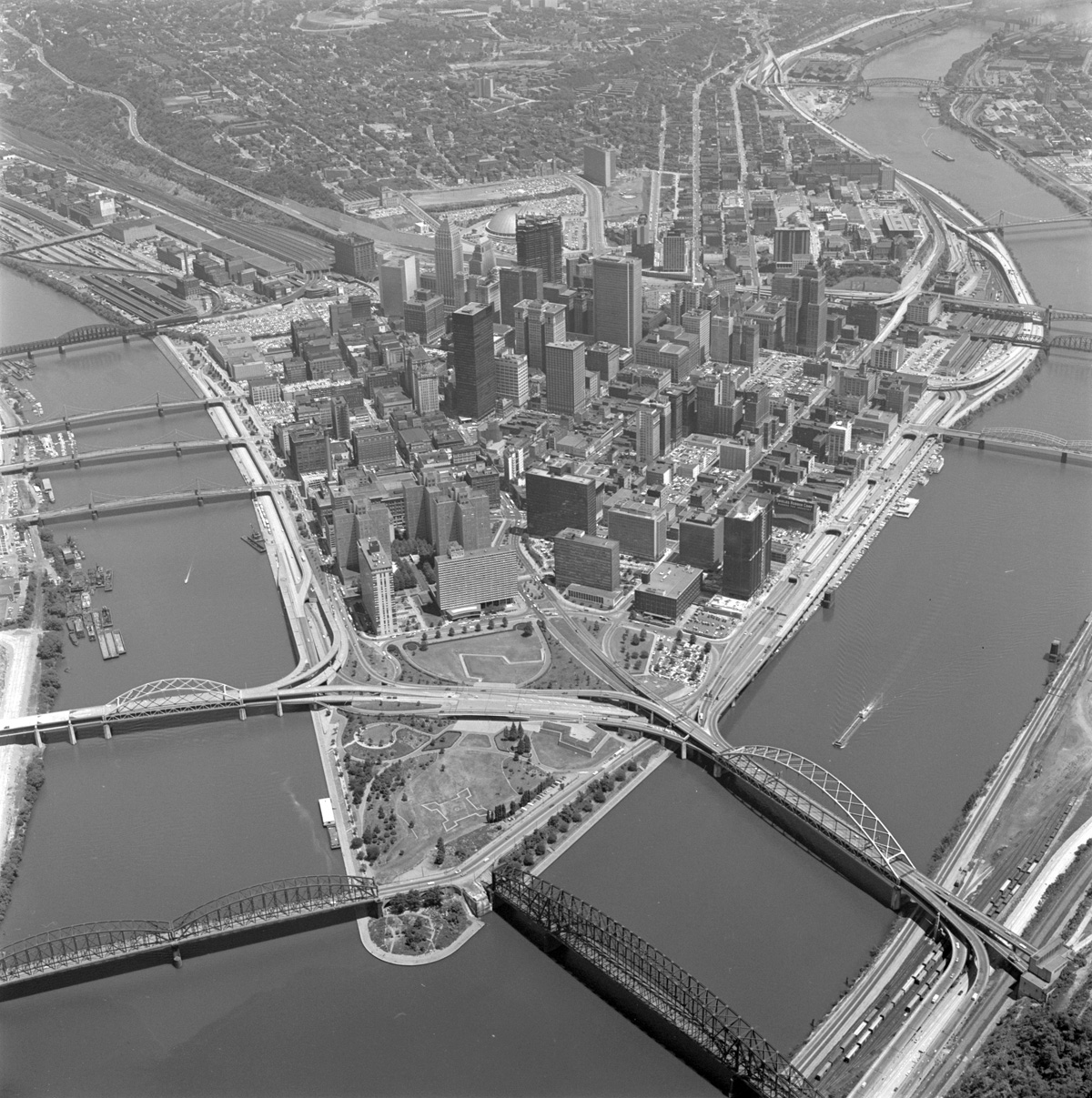 Point State Park is a representation of the modernization and beautification of the city of Pittsburgh post-World War II. The National Historic Landmark is located at the tip of the “Golden Triangle” where the Alleghany, Monongahela, and Ohio rivers converge. As steel corporations continued to power the city, leaders realized the critical need to clean up the environment. The massive steel production had been collectively degrading the environment for many years, creating a dense smoke that hovered above the city. It was at this point in 1943 that city planners and civic leaders worked together to create an adequate infrastructure and restore the city.

As the war continued, these leaders began to focus more attention on the future of the “Smokey City”. The Alleghany Conference on Community Development, led by Richard K. Mellon, consisted of one hundred and fifty community leaders with goals of developing a plan for the city. Between 1945 and 1947, the state legislation decided to allow the conference to begin the renewal of Pittsburgh. Architects, such as Robert Moses, worked together to create a plan that would highlight the geographical and historical significance of the Point in which they would rejuvenate the city.

So, in the 1940s, these people rallied together to transform the busy industrial area. In 1946, the city began purchasing land that would cost them nearly $8 million. Altogether, one-hundred thirty-three properties were purchased, totaling to sixty acres that would soon be used to urbanize Pittsburgh. Thirty-six of the sixty acres were used to create Point State Park. Demolition began on May 18, 1950, and by late-1954, the area was filled with green space. In August of 1974, Point State Park officially opened, becoming the focal point of Pittsburgh.

Placed at the very tip of the park stands the grand fountain with a basin of two hundred feet. The fountain is driven by three 250-horsepowered pumps, propelling 800,000 gallons of water nearly 150 feet into the air.  Surprisingly, the fountain does not accumulate water from any of the three rivers surrounding the area, but from a glacial aquifer located below the fountain known as Pittsburgh's "fourth river." The water is accessed through a 54-foot well. It is known as "Pittsburgh's Front Door," because it’s the first thing that catches the eye of visitors as they arrive from the Fort Pitt Tunnel or the West End. Today, the fountain is a major tourist attraction for festivals and recreation. Many events are held, such as regattas, concerts, sporting events, and city celebrations.