Blackwater Falls State Park is located in Davis, WV and is active year round with a variety of outdoor activities. The falls in the park run from the Blackwater River and have an amber or Black tint due to the tannic acid released from red spruce and hemlock needles that fall into the water. Philip Pendleton Kennedy famously visited the falls in 1851 and recorded descriptions of the area in his book The Blackwater Chronicle. Though damaged by forest fires and the timber industry in the early 20th century, the forest around the falls has recovered and is now a popular destination in West Virginia and one of the most photographed locations in the state.

Blackwater Falls in the summertime. The foliage is very green and vibrant and the Blackish color to the water is noticeable. 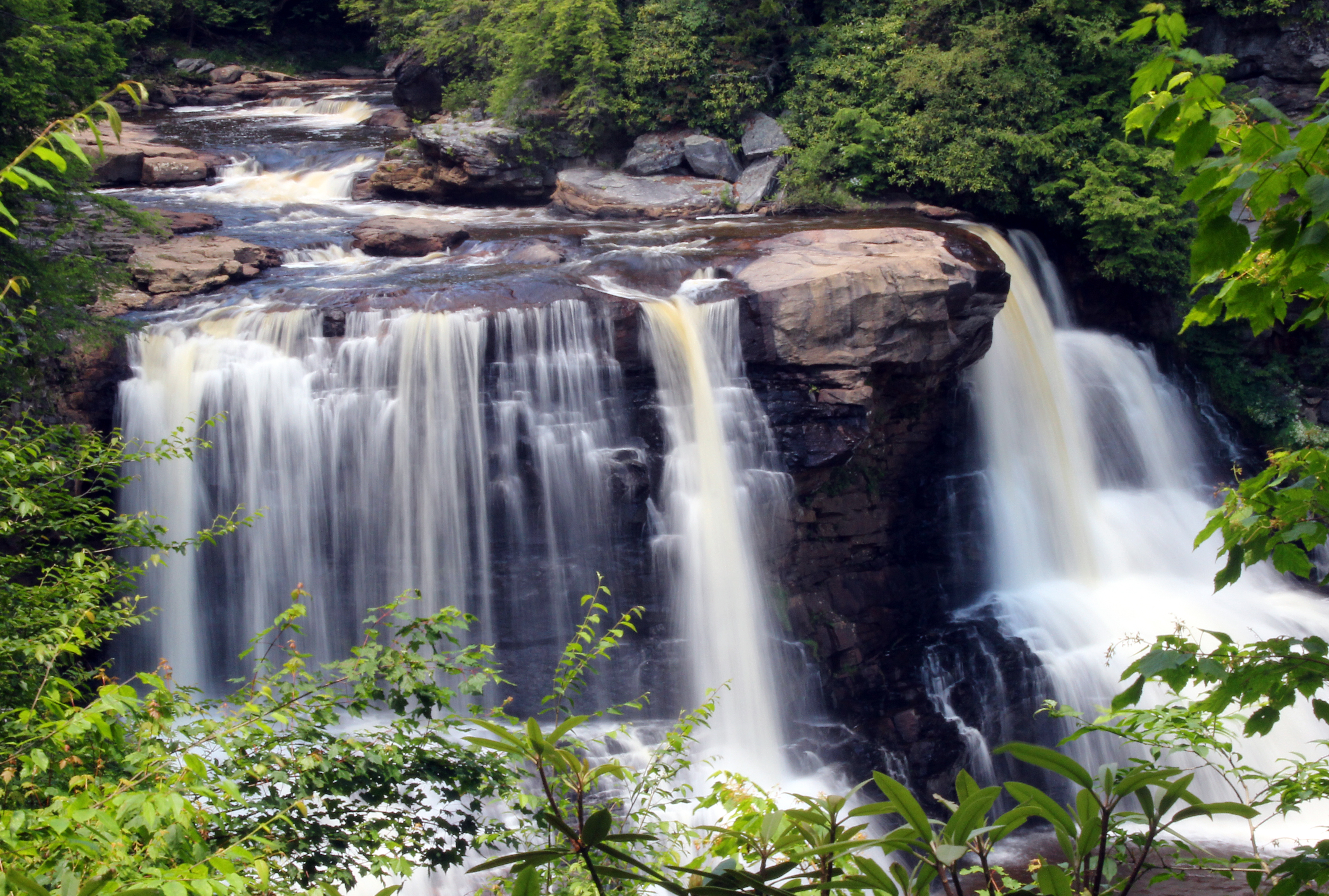 Blackwater Falls in the winter. The water partially freezes in the falls creating a beautiful effect. 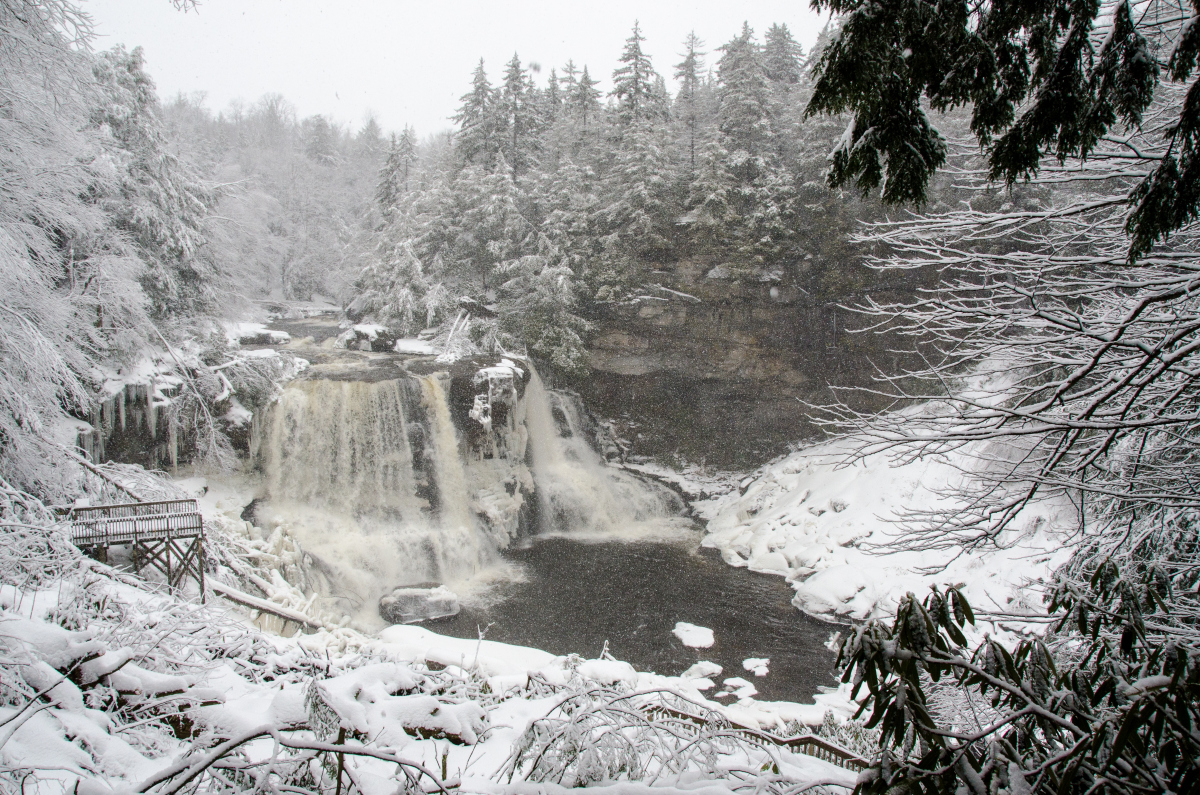 Some of the 214 steps that you must travel down to get to the falls. Not only are the wooden stairs there, but there is also a handicap trail. 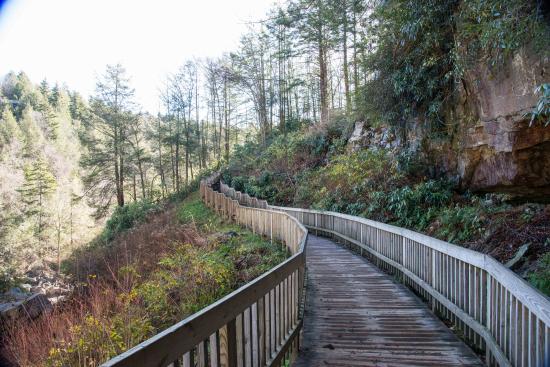 This is some of the 1400 foot long conveyor used to bring people back up the mountain after they sled down. It is possibly the longest conveyor in America today. 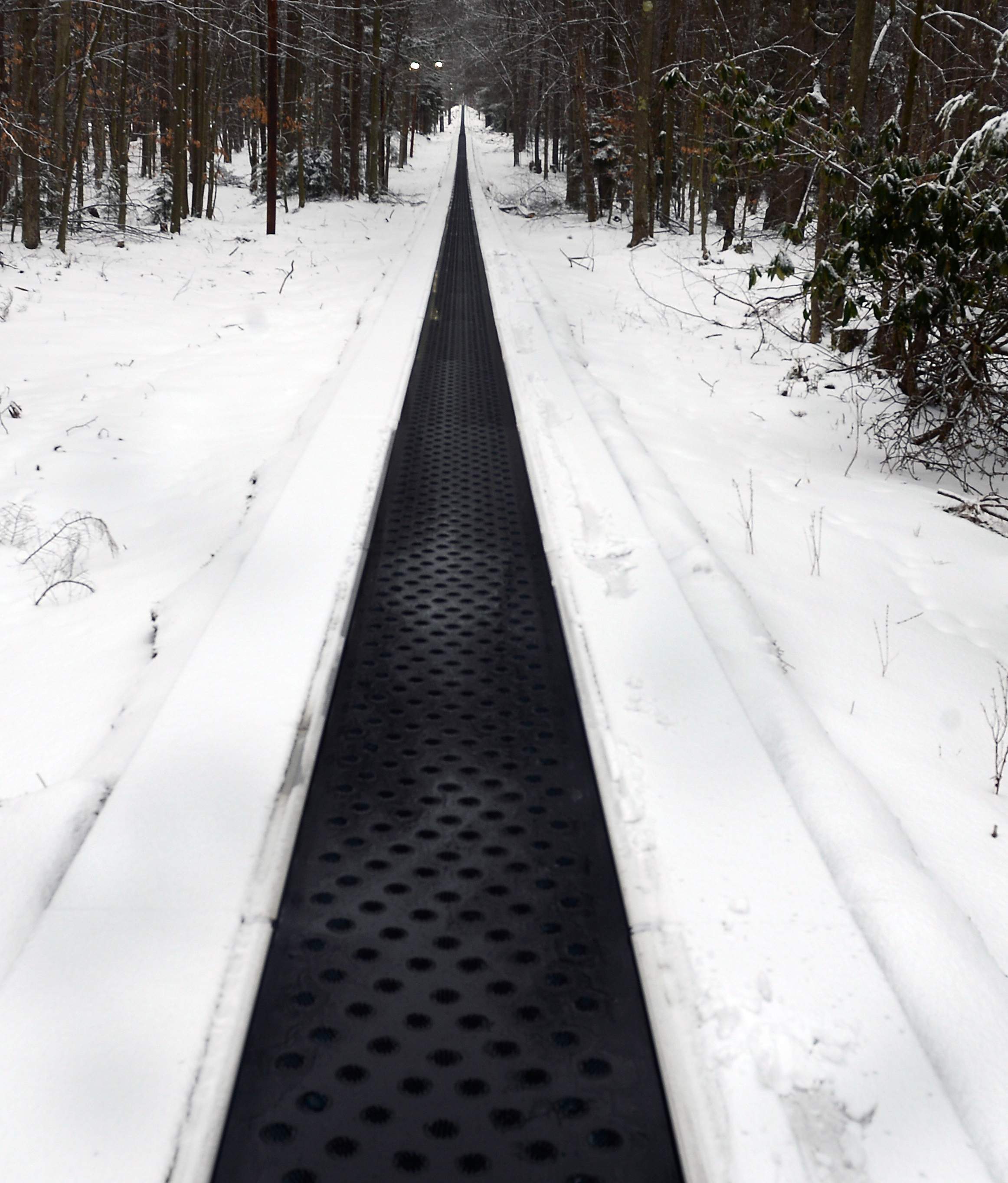 Elakala Falls Photo Credit: L. Andrew Price Located in Blackwater Falls State Park and accessible by the Elakala trail. A Native American legend exists about two lovers who leapt to their deaths over the falls. 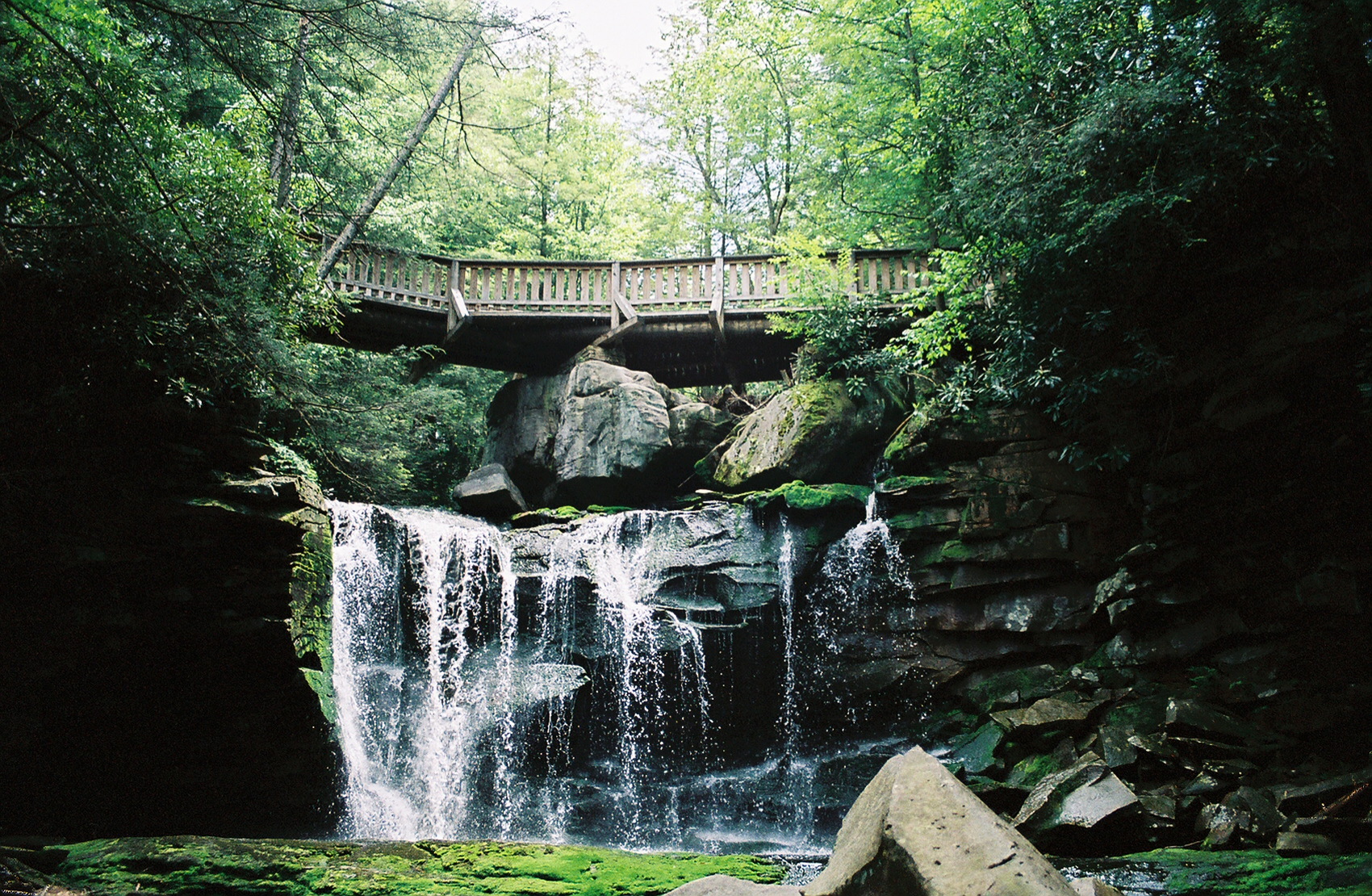 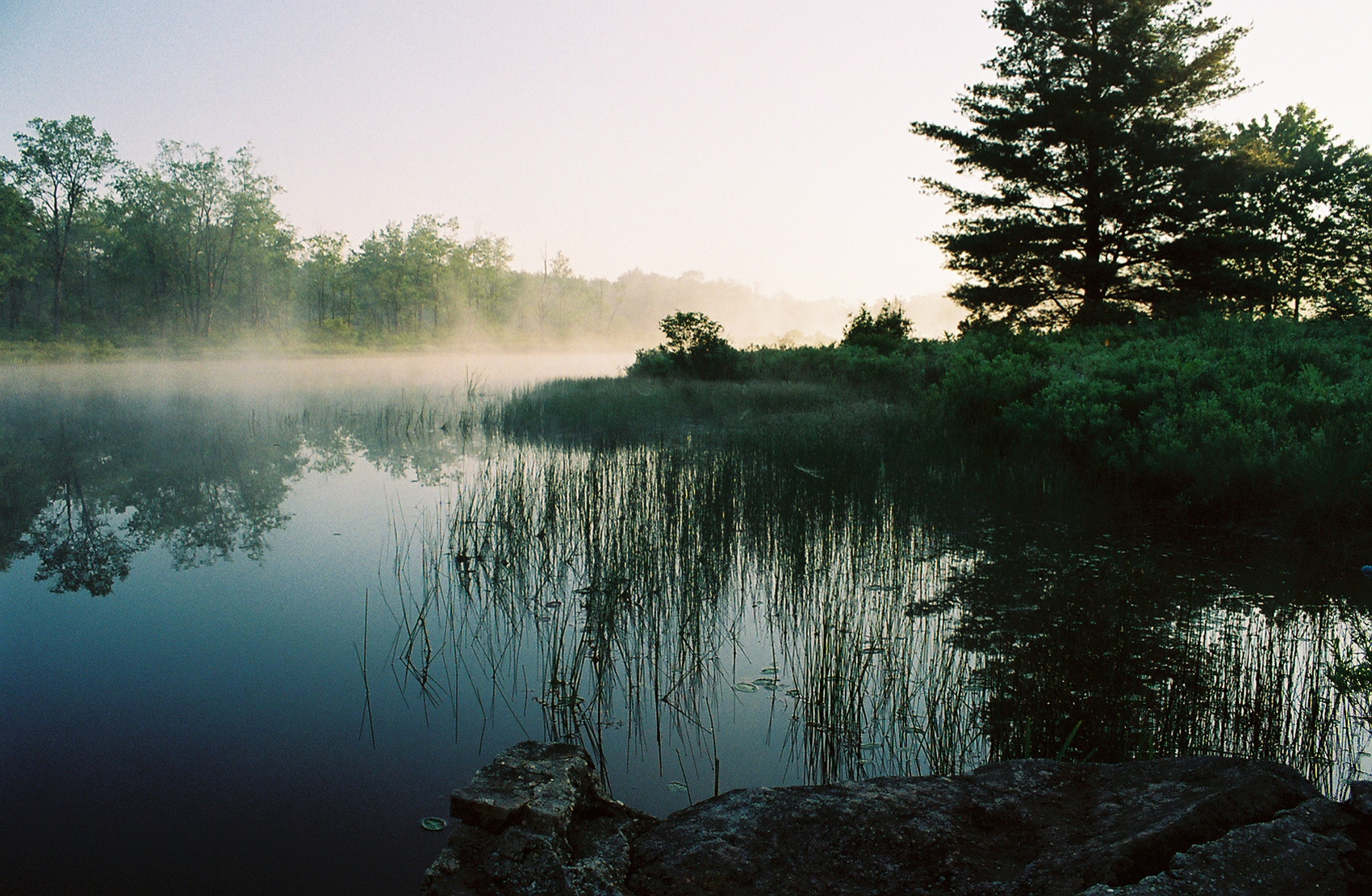 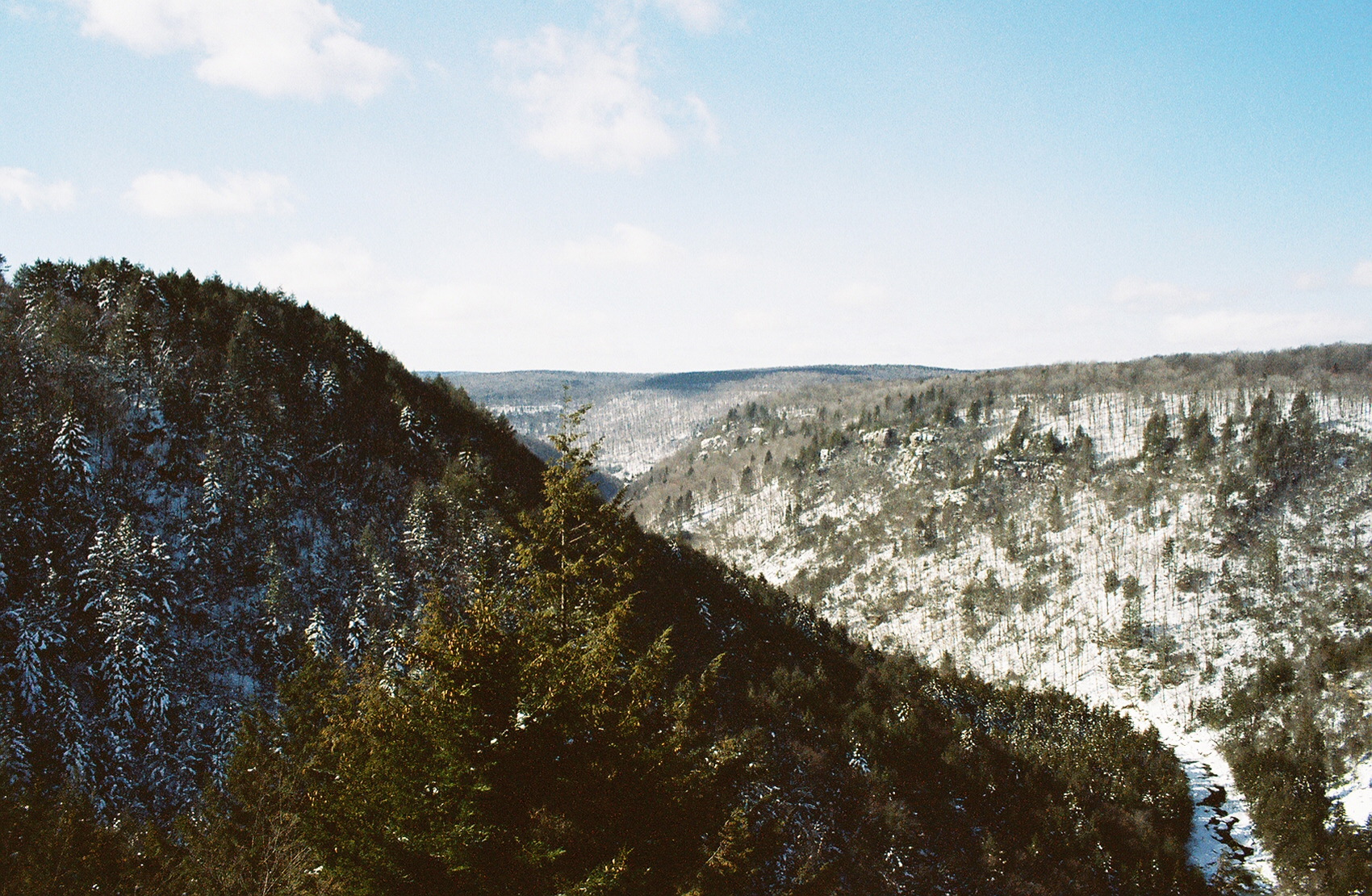 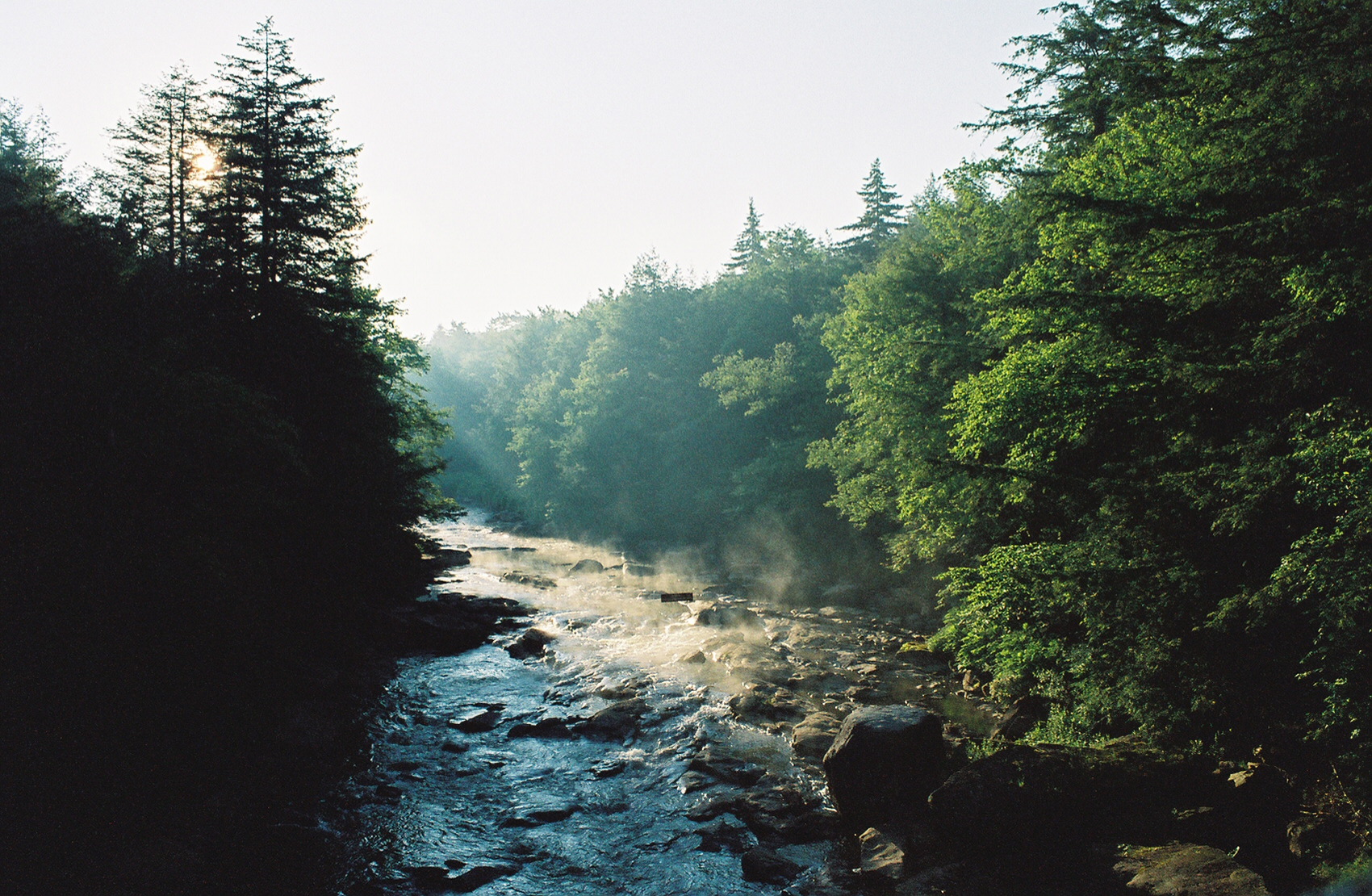 Blackwater Falls State Park is one of the most popular state parks in this region of West Virginia. It is located in Davis, West Virginia in Tucker County. Though the area has been a popular site for outdoor adventures since the 1800s, it only became an official state park in 1937. The site was created when the West Virginia Power and Transmission Company donated about 446 acres of land around the falls.

Philip Pendleton Kennedy, the author of The Blackwater Chronicle, wrote an account of his 1851 visit to the area. Kennedy’s narrative described the area as rugged, with walls rhododendron bushes. Today the park is no longer the wild forest described by Kennedy, largely due to the environmental damage caused by timbering in the early 1900s and several forest fires. Though the forest has largely grown back, the damage caused in the first two decades of the 20th century can still be felt today.

Blackwater Falls is the main attraction of Blackwater Falls State Park. The Blackwater Falls and Canyon were both formed by the Blackwater River. The falls are unique due to the amber or Black tint of the water. This effect occurs because of conifer needles that fall into the water from the hemlock and red spruce trees. These needles release tannic acid which causes the water to change colors. This attracts many people to the falls during all seasons, because the water stays the same color throughout the year.  A trail of 214 wooden steps gives visitors access to the falls with rest stations, and there is also a handicap accessible trail. The park began to add a variety of lodging options in 1955, opening the Blackwater Lodge in 1956 and later adding campgrounds and cabins across the park.

Today the park offers a variety of lodging, dining, and activities for visitors. With activities varying with the season, the roster of events is always changing. Most popular are the park’s hiking trails, nature tours, fishing, and boating. In winter the park offers cross country skiing and sledding, activities that have been widely popular at the park since the 1800s. Today, the park features a conveyor belt to take sledders back to the top of the hill and is 1,400 feet in length and is believed to be the longest conveyor in North America.