B-52 Bomber Crash at Savage Mountain

A B-52 bomber with a crew of five and two thermonuclear bombs on it crashed in a snow storm on Big Savage Mountain, near Grantsville, Garrett County, on January 13, 1964. The result was a massive search for the location of the plane, and for the crew, four of whom had ejected from the plane. The military were heavily involved in the search and rescue, but the people of Garrett and Allegany joined in to walk through deep snow looking for parachutes, to plough the roads for the search personnel to travel more easily, run telephone line and feed the large number of people participating. The B-52D was returning to Georgia from Massachusetts after an earlier Chrome Dome airborne alert to Europe. Near Meyersdale, Pennsylvania, on a path east of Salisbury, Pennsylvania and after altitude changes to evade severe turbulence the vertical stabilizer broke off. The aircraft was left uncontrollable as a result; the pilot ordered the crew to bail out, and the aircraft crashed. The wreckage of the aircraft was found on the Stonewall Green farm. Today, the crash site is in a private meadow of Elbow Mountain within Savage River State Forest, along the public Savage Mountain Trail just north of the Pine Swamp Road crossing. At the site there is a stone cross that stands on a moss-touched pedestal by a rushing stream. It recalls Gen. Stonewall Jackson's last words: "Let us cross over the river and rest under the trees." Close up, though, the memorial reveals the unexpected. Its simple inscription speaks not of serenity, but of terror in the sky and courage and death in the snow on a long-ago winter day. 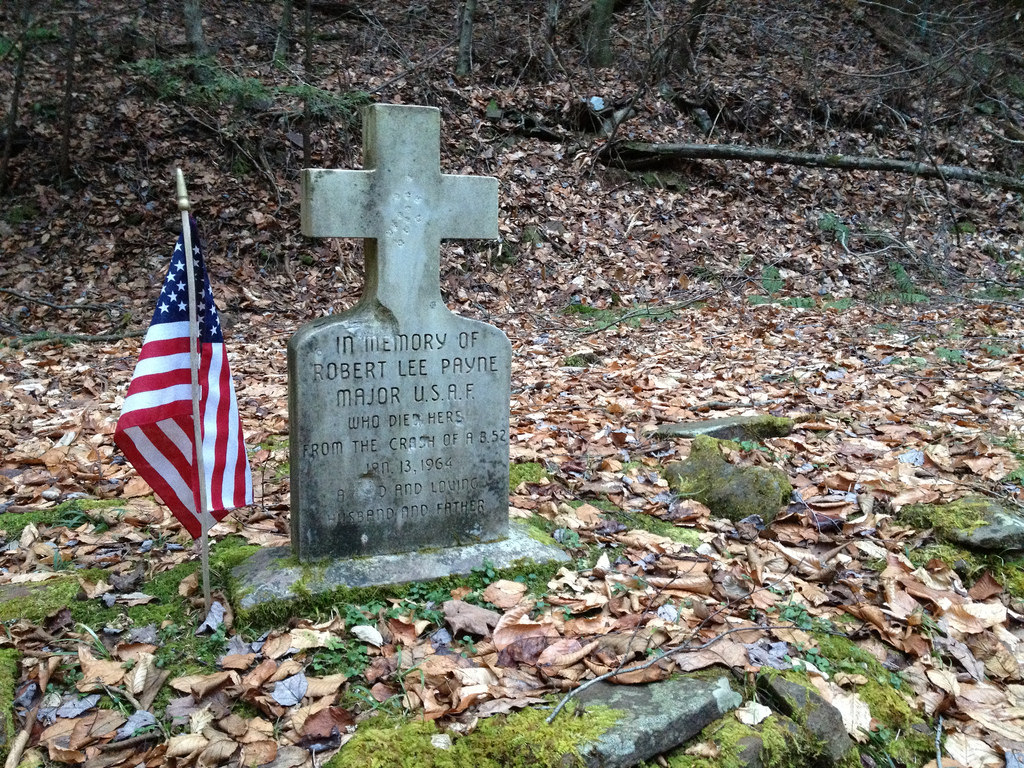 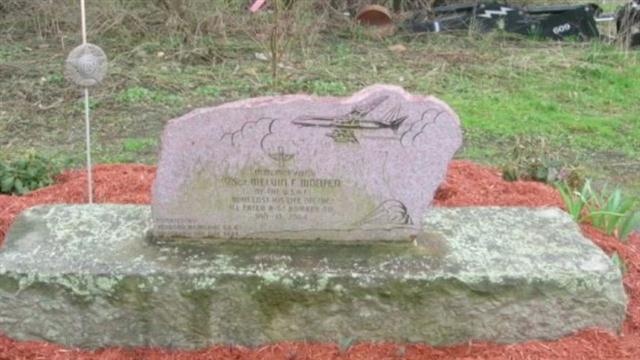