Operating as DuBois High School between 1954 and 1956 and Mt. Hope High School after integration in 1956, this school served the Mt. Hope community until 2011. Originally constructed as a high school for the students and faculty of the former DuBois High School after it was destroyed by a 1950 fire, the school is one of only a few examples where integration led to the closure of an all-white high school and the transfer of white students to a formerly all-Black high school. Rather than operate the now integrated school under the name of W.E.B. DuBois, an influential Black scholar, the school board renamed this building Mt. Hope High School when it was opened to students of all races in 1956. The local school board also fired many of the Black teachers of the former DuBois High School and placed white educators and administrators in charge of the school. In its early years, extra-curricular opportunities for Black students were much more limited than they had been in the past. Mt. Hope High School closed in 2011, and students were sent to nearby Oak Hill High School. The building is currently home to the Mount Hope Heritage Center. The history of this school is recognized by a historical marker that was dedicated on September 1st, 2018. 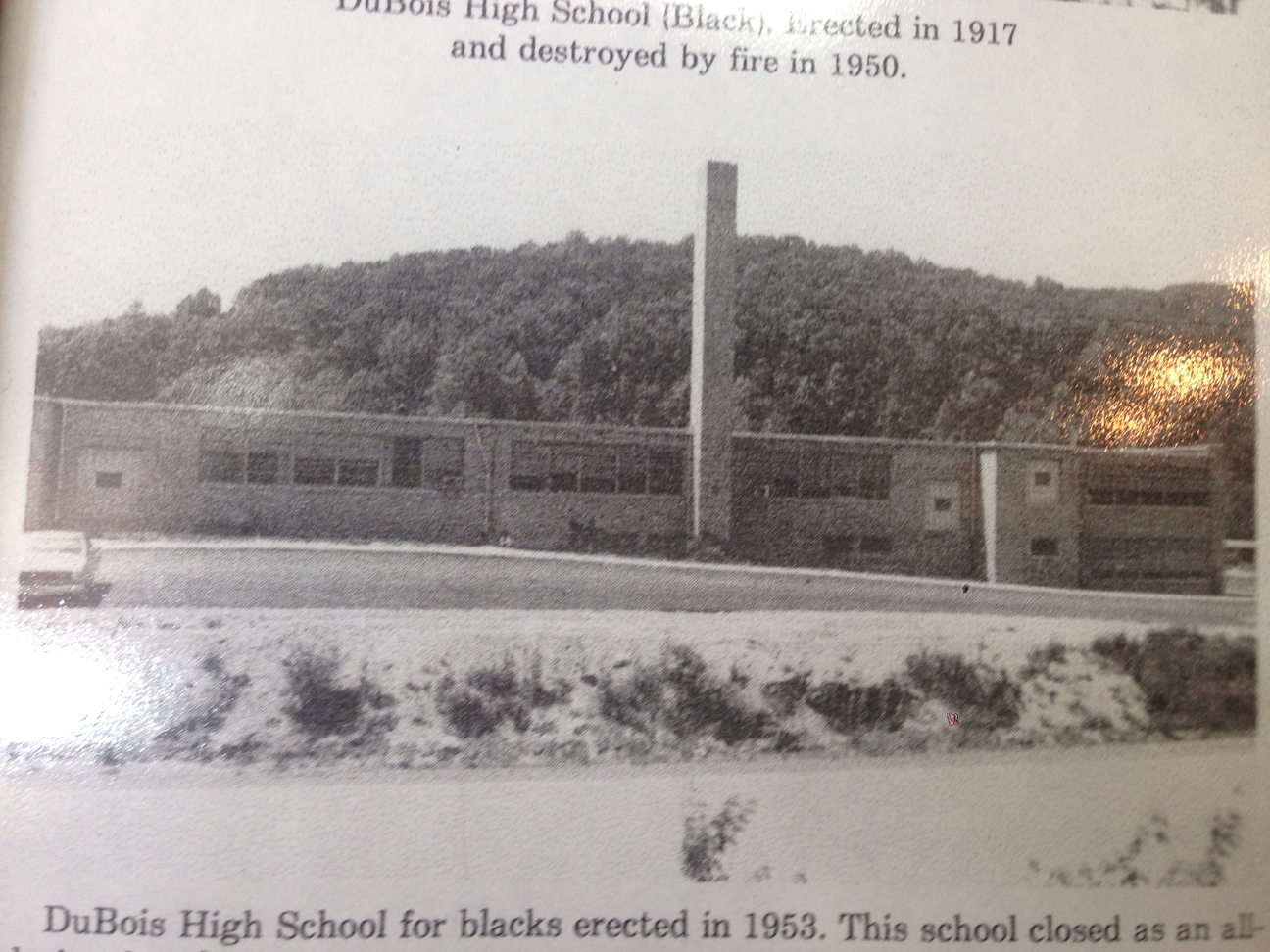 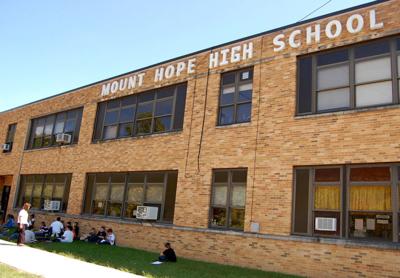 In 1954, the United States Supreme Court unanimously declared that segregated public school facilities violated the 14th Amendment to the United States Constitution. Despite a 1955 Supreme Court declaration that required school boards to integrate “with all deliberate speed,” integration proceeded slowly in states like West Virginia while many other southern states met attempts to comply with the law with violent resistance.

Prior to the completion of this building in 1954, Mount Hope's DuBois High School was a modest eight-room schoolhouse that lacked many of the facilities enjoyed by white teachers and students. For example, the school had only one microscope and did not have a cafeteria. Despite these challenges, DuBois High School enjoyed some advantages owing to the sense of community and faculty with advanced degrees. The school continued its tradition of academic success, even during the years between 1950, when a fire destroyed the school, and 1954, when this school opened. In that interim, classes were held in a variety of churches, storefronts, and even personal homes.

Scholars that have written about desegregation in West Virginia have largely agreed that integration proceeded more smoothly in the Mountain State than most Southern states, especially after court decisions and legislation was enforced. It is important to note that most scholarly works written about integration in West Virginia are written by white men with the exception of experts like Dr. Ancella Bickley.

DuBois High School in Mt. Hope remains one of the most intriguing stories of racial integration in the state of West Virginia. The story of DuBois has been preserved largely through the efforts of Jean Evansmore, a former DuBois student and the curator of the DuBois on Main museum. “White people are surprised at information today that Black people have known for years when it comes to the African American history in this county. That’s because the whites wrote our history for us, and disregarded our attempts at preserving our story here.”[1]

After Mount Hope High School graduated its last class in 2011, local students were transferred to nearby Oak Hill High School. The former school now serves as a community center and the history of the school is commemorated by a historical marker and exhibits at the DuBois on Main Museum.

Ancella Bickley, To Be Black in Fayette… (Personal Manuscript.)

[1] Oral history of Jean Evansmore, other DuBois High School students, and family members of those students.