Effigy Mounds National Monument, located in Harpers Ferry, Iowa, preserves more than 200 Late Woodland Period (300-1100 CE) mounds, including 31 effigy mounds in the shapes of birds and bears. The largest is the Great Bear Mound, which is 70 feet wide (from the shoulder to the bottom of the legs), 137 feet long, and 3.5 feet high. The site also includes a visitor center with exhibits displaying artifacts and natural specimens, and 14 miles of hiking trails (see below). Effigy Mounds National Monument was established in 1949 and was listed on the National Register of Historic Places in 1966. 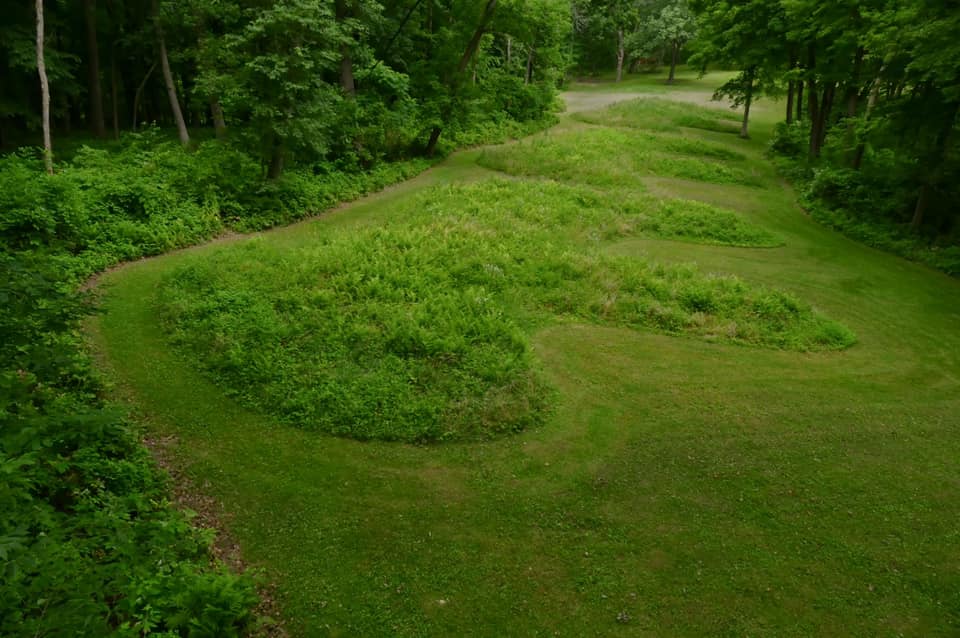 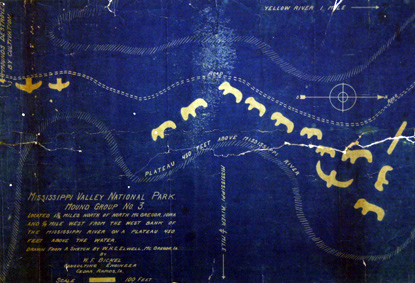 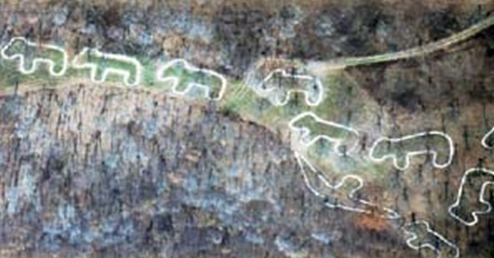 The Woodland Indian Culture consists of three sub-cultures: the Early Woodland, the Middle Woodland, and the Late Woodland (Effigy). Effigy Mound-builders created mounds of earth for ceremonial, religious, or burial purposes in conical (round) and linear styles, as well as, in the shapes of bear, birds, deer, bison, lynx, panthers, turtles, or water spirits. Water spirit mounds, including turtle and panther, are traditionally found near Lake Winnebago and Lake Michigan. Bear and bird mound shapes are the most prevalent along the Mississippi River in southwest Wisconsin and northeast Iowa.

The Monument contains four types of mounds and four variations of burial styles used during the Woodland period. The first type of mound, the conical, is a round and domed earthen compound used for burials. Linear mounds, the second style, are ceremonial, and can often be found connected to conical mounds to form a third style, compound mounds, which were used for burials. Although conical mounds are found throughout Woodland regions, linear and compound mounds are exclusive to the Effigy Mounds area. The fourth type of mounds, effigy mounds, were used predominately for ceremonial purposes.

Visitors to the Effigy Mounds National Monument can explore the mounds through fourteen miles of hiking trails. The Yellow River Bridge Trail, a two mile round-trip hike, traverses a wetland environment that contains many resources, including vegetation and animals, used during the Woodland period. Hikers can see more than twenty mounds representing all four styles along Fire Point Trail, another two mile round-trip walk. Within a two mile hike around the Visitor Center, hikers can view the Great Bear Mound, one of the largest effigies of the Monument, at 137 feet long and 70 feet wide.

The Visitor Center is open from 9-5pm