The Quiet Dell School was established in 1922 and served the community by teaching students until 1970. Property near the school was utilized by Camp Harrison during the Great Depression as a Civilian Conservation Camp. Since the school’s closing, the building has served various purposes through the local Board of Education, and is currently home to a museum that commemorates Civilian Conservation Camps. The West Virginia CCC Camp Museum's major objective is to promote the legacy of the Civilian Conservation Corps (CCC) and to recognize the many achievements of former CCC members. 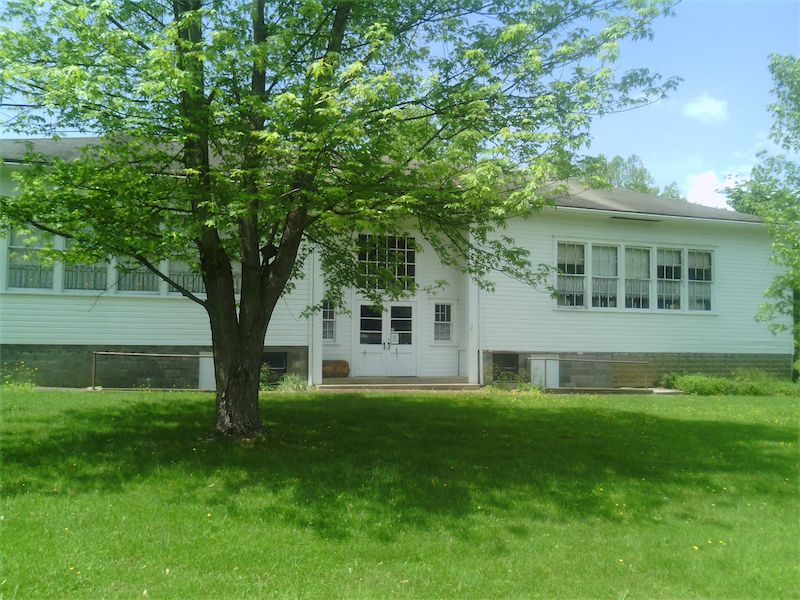 Inside the CCC Museum 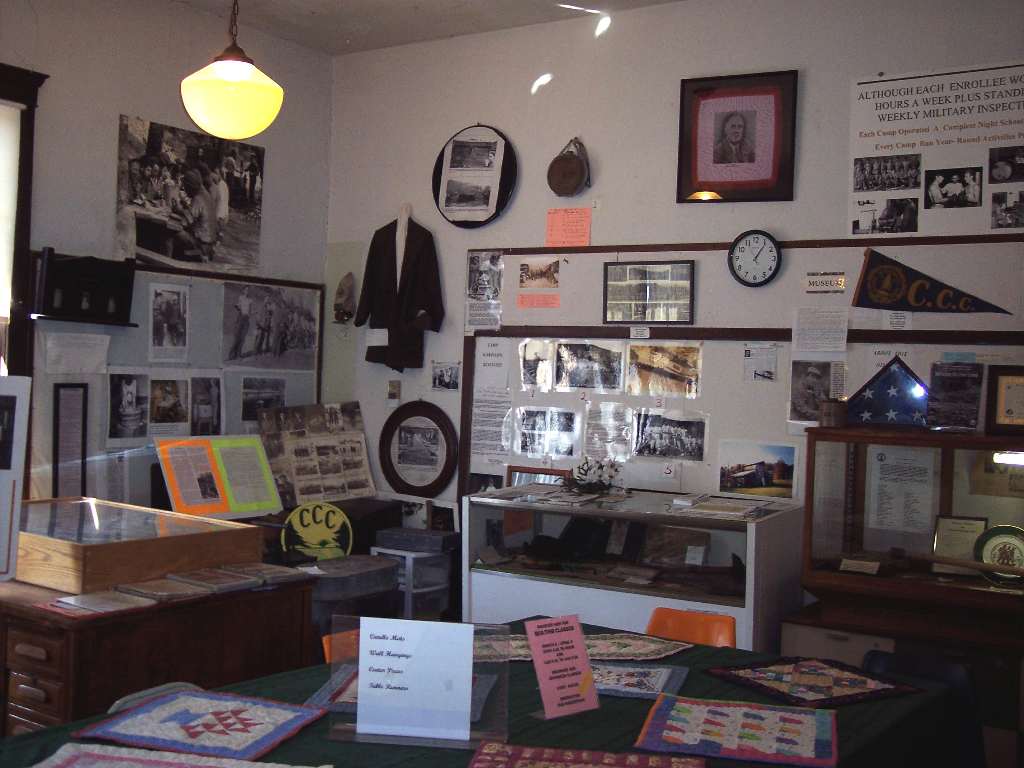 Quiet Dell, originally known as Needle’s Eye, was established in 1848 and became populated after a mill was established along Elk Creek. After the community was well established, Quiet Dell resident, J.D. Pickens, deeded land for a school in September of 1922. The Quiet Dell School served students in the local community, and as far as Craigmoor and Johnstown. Local contractors built the school, and originally the school was constructed with no indoor plumbing. Students and teachers had available water from a well located at the house below the school. The first recorded administrator of Quiet Dell School was Harriett Cookman in 1924, while some of the hired teachers lived with local families. Agricultural education was an important resource taught at Quiet Dell School through the 4-H program directed by Dr. Keith Pickens from 1922-1926.

The school’s campus was utilized by Camp Harrison, a Civilian Conservation Camp from 1935 to 1937, and was inhabited by almost 200 men. These men worked to perform soil erosion control on many of the local farms in the area, in efforts to provide employment during the Depression Era. The workers were transferred to various camps in September of 1937, and the camp was evacuated. Efforts were made to transform the camp into a hospital for tubercular patients, however funds were not made available. Buildings from the temporary camp were transported to the Soil Conservation Service and the Eighth Corps Area in Bloomfield, New Mexico. What remained of the Civilian Conservation Camp after they vacated was later removed with the installation of I-79.

In the 1950s, enrollment numbers forced the school to expand. The renovations to the building added a kitchen, two new classrooms, and a new east entrance. The school was able to accommodate students in grades one through six until newer facilities were built and the school closed in 1970. Quiet Dell School was then utilized by the Board of Education from 1970 to 1975, followed by a Kindergarten organization from 1975 to 1989. The building also offered special education classes, as well as living skills training, and speech therapy.

The West Virginia CCC Museum was organized and opened in the former school in June 2002, and promotes the legacy of the Civilian Conservation Corps (CCC) and recognizes the many achievements of former CCC members. The Civilian Conservation Corps had over 4000 CCC camps across the nation from 1933-1942, with 67 camps in West Virginia. A typical CCC camp consisted of 12 wooden buildings; mess hall, four barracks with capacity for 50 men, officer's quarters, garages, tool houses, supply building, and bath houses. Members of the CCC in West Virginia fought forest fires, built bridges, planted trees, developed state parks, and much more. In 1936 alone, 8 CCC units (about 1600 people) worked with farmers and developed soil erosion control practices on over 48,000 acres on 918 farms in West Virginia.

Monday through Saturdays 10-5 and Sunday 1-5