Built in 1887, the Longwood Village Inn has changed immensely over the last one hundred years. Now used for business offices, this building has been used as a movie set, a gambling establishment, an umpire school, a hotel, and much more. Several owners have also been in possession of the building and the name has been changed multiple times. The building was officially recognized as a historical landmark on July 26, 1973. The Longwood Village Inn is also believed to be haunted due to the first owner’s death inside the house. Today, the building is used for offices and restaurant space.

A photo of what the Longwood Village Inn currently looks like 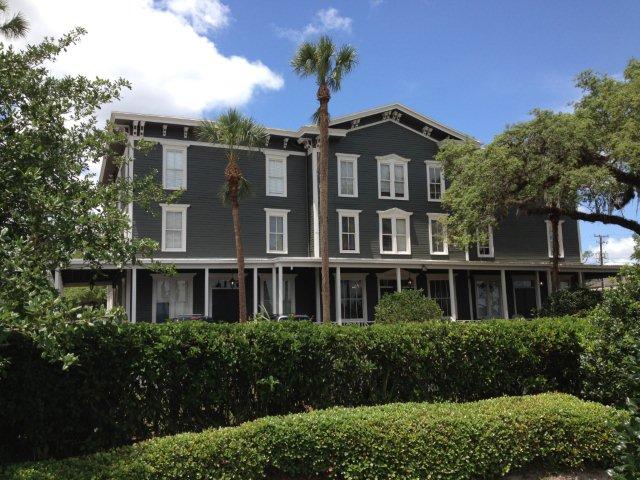 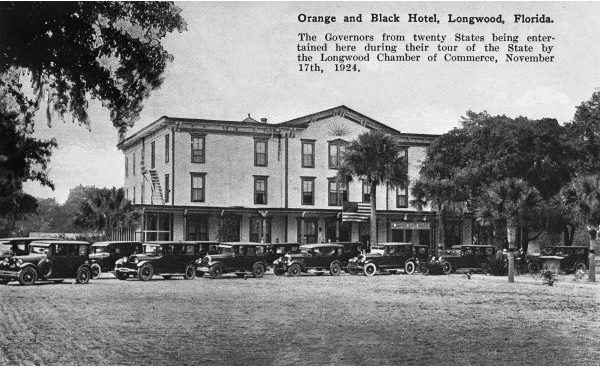 A photo of the inn before it was painted green by the current owners. 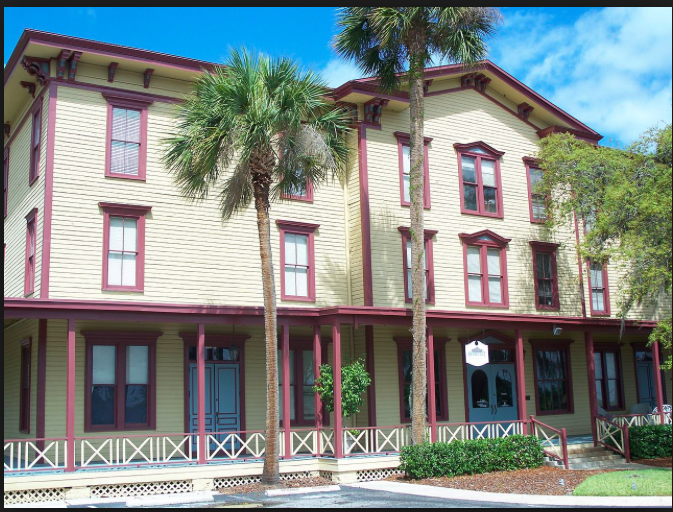 Commissioned by E. W. Henck, the Waltham Hotel was built by Josiah B. Clauser. Now known as the Longwood Village Inn, this exquisite hotel originally cost $3.00 to stay in. In 1895, Henck sold the hotel due to a severe freeze that stopped tourists from coming and destroyed business. The building was bought by C. W. Entzminger and then resold in 1922 to George and Florence Bunker- Clark. After being renovated and reopened, the hotel was renamed “The St. George Hotel”.

A fatal accident during an ice cream social resulted in the death of George Clark in April 1923. George’s brother, Fred Clark, began managing the hotel in the mid-1920s. Now called the “Orange and Black Hotel”, this Inn became the most popular gambling and sporting establishment in Florida.  The hotel was bought by Ed Crocker in 1926 and renamed the Longwood Hotel. Decades later, the hotel was run by George Barr and used as an umpire school from 1952-1957. In 1964, the movie “Jonny Tiger” was filmed at the hotel.

In 1972, the hotel was once again renovated by a woman named Grace Bradford. Originally purchased by her for $85,000, Bradford put $65,000 into the establishment, which was bought by her in terrible condition. The Longwood Village Inn was bought by George and Marian St. Laurent in 1973 for $225,000. In 1978, the hotel was given to Cornell University, who then rented out offices to different businesses. Finally, after being owned by a few different companies, the Longwood Village Inn was bought by it’s current owner, Homevest Properties, LLC.

Journalist, Jon Busker, discusses the history of the Longwood Village Inn. He notes that the Inn was built in 1885 and remains one of the oldest structures in Central Florida. While the building was originally constructed during the railroad boom, it served as a winter resort for Northern business tycoons. However, it is now used for offices. The articles continues to expand on the history of the building, as well as interesting facts and how it has evolved over the years.

In April 1923, the owner of the Inn, George Clark, had a fatal accident during an ice cream social that he was hosting. This article goes into detail about the multiple ghost sightings that have been since the death of Clark. The Longwood Village Inn has been featured in several articles and ghost shows, and maybe people believe that George Clark still haunts the Inn today.

This article was written by a group of six ghost trackers that explored the Longwood Village Inn. They give an extensive background on the history of the Inn, followed by a history of hauntings and their personal experiences. This article provides information on the past owners of the Inn, however it does not go into deep detail on them.

Written by the current owners of the Inn, this article gives a detailed description of the previous owners. It discusses who the article was sold to and for how much. It also gives an overview on the structure of the Inn, such as the notably large veranda and the great windows on the upper floors.

This article focuses on the changes of the Inn over the years. It discusses each owner, what they changed the name of the building to, and why. The functions the building served as is also mentioned. Supernatural incidents such as the frequent appearance of the original owner is also talked about in this article.