Constructed in 1926, the Grand Concourse is a striking Mediterranean Revival style building that was once part of a grand development plan to build six hotels and apartments. Envisioned by the Shoreland Construction Company, which was lead by a developer named Hugh Anderson, the plan outlined the construction of a self-contained community complete with shops, a railroad station, sidewalks, and other amenities. Designed by architect Robert Law Reed, the Grand Concourse was the only building to be constructed and as such is a physical reminder of the plan that was thwarted by a devastating hurricane in 1926. It was added to the National Register of Historic Places in 1985.

The Grand Concourse was built in 1926, the only one of six-planned hotels and apartments that were to be constructed by the Shoreland Construction Company. 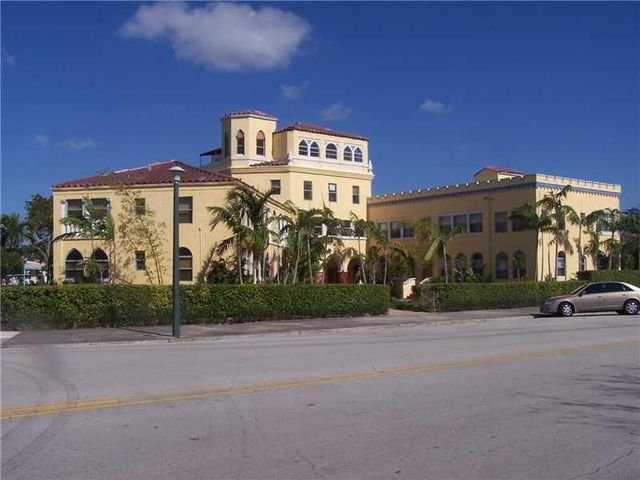 The hurricane of 1926 signaled the end of the Shoreland Construction Company and its plans to develop a luxury community. It ultimately failed in 1928. A number of famous people have resided in the Grand Concourse, including infamous gangster Al Capone, who stayed here while his home on Palm Island was being built. Legend has it that his employees used the 4th-floor turret as a lookout. The building is located at an intersection of three major streets and had quickly become a signature escape in Miami Shores. It has largely remained unchanged and is still the tallest structure in the immediate area.