"The Day the Music Died"

On February 3, 1959, rock and roll musicians Buddy Holly, Ritchie Valens, and J. P. "The Big Bopper" Richardson were killed in a plane crash near Clear Lake, Iowa, together with pilot Roger Peterson. The owner of the land has allowed people to visit the site which requires a hike between fields. 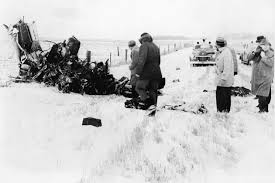 A stainless steel guitar, glasses, and records marks the spot where the plane crashed. 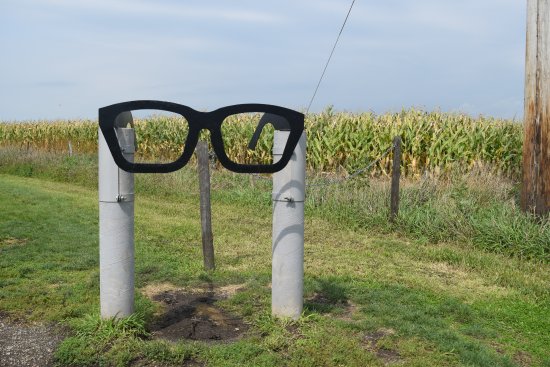 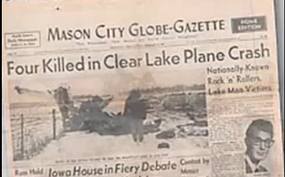 It was known as the "Winter Dance Party" and it was made up of Buddy Holly, Ritchie Valens, JP "The Big Bopper" Richardson, Waylon Jennings, Tommy Allsup and Carl Bunch.  They had just finished playing at the Surf Ballroom in Clear Lake Iowa and were about to head out in an unheated bus to Moorhead, MN.  It was snowing out and many of the members were fighting flu like symptoms do to the cold, uncomfortable travel on the bus.  So they chartered a plane using a coin toss to see who would fly and who would ride.

Buddy Holly, Ritchie Valens, JP "The Big Bopper" Richardson ended on the charter plane along with pilot Roger Peterson. Soon after take off, in very poor winter conditions the plane crashed into a field killing all aboard.

In 1971 the event became know as "The Day the Music Died" after Don McLean hit song of the same name.  In 2015 the NTSB considered reopening the investigation into the cause of the crash.  There has always been speculation that there was more to the event then what was released to the media.