Built in 1861, Fort McAllister is the best preserved earthen fort constructed by Confederate forces during the American Civil War. Along with Fort Jackson and Fort Pulaski, Fort McAllister protected the city of Savannah, home of one of the South's most important seaports that the Union forces eventually gained control over. Given the strategic importance of the fort, flotillas of Union ships, including the famed "ironclad" ships that were created during the war, bombarded the fort on several occasions. However, the fort withstood the attack owing to its thick sand and earthen walls. The Union captured this fort thanks to the efforts of the Army rather than the Navy in 1864, when the city was surrounded and its forts were captured by General William T. Sherman. Fort McAllister was the last of the three forts to fall into Union hands. Its capture marked the end of Sherman's infamous "March to the Sea" campaign, during which the Union army plundered food and supplies and destroyed almost anything of use to the Confederacy which started the decline of the Confederate push against the Union.

Some of the earthworks at Fort McAllister 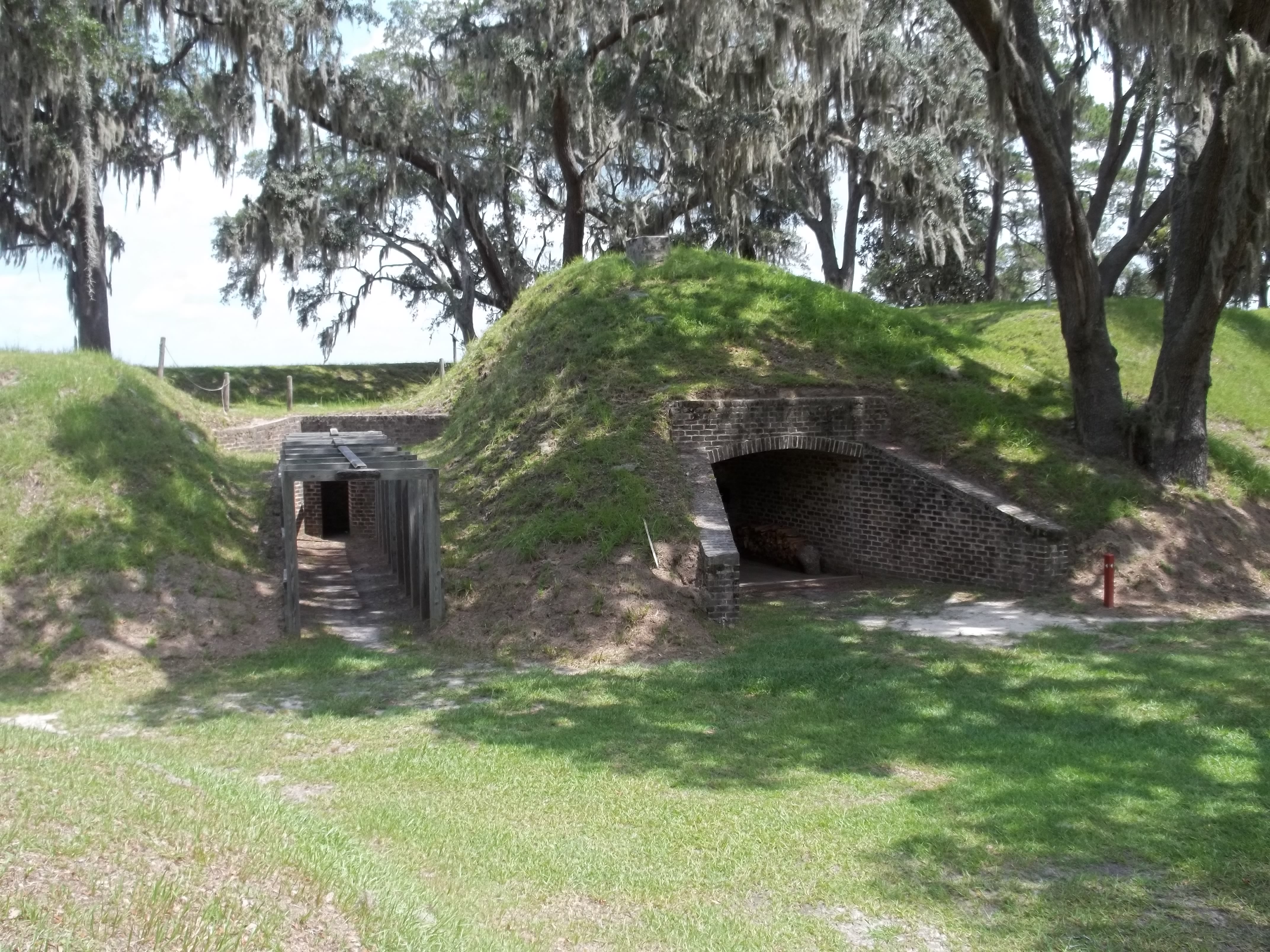 Cannons placed at the fort during the restoration process to remember the days of the Civil War conflict. 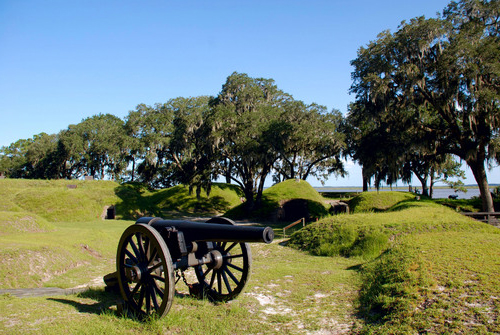 Fort McAllister was designed by Captain John McGrady and was inspected by Confederate General Robert E. Lee in 1861 to which he had a few recommendations to better protect the fort. Lee recommended it be enlarged to better withstand heavy bombardment, which he would be proven correct when artillery fire from Union and naval forces couldn't penetrate the walls of the fort. The Union ironclad ships—the Montauk, Passaic, Nahant, and Patapsco—could not damage the fort despite having some of the biggest cannons at the time, especially the Montauk which featured 11 and 15-inch guns. The fort itself was only defended by a few hundred soldiers and in no way could withstand General Sherman's attack with a far larger force. The Battle of Fort McAllister itself only lasted 15 minutes and ended with Union forces capturing the base which put the Confederacy on the path to losing the Civil War.

After Union soldiers captured Savannah, Sherman and his forces abandoned control of the fort along with burning most of the bunkers. The fort was originally operated by Maj. George W. Anderson, but he was captured and taken to the McAllister family home to which Union forces made it a new base for Gen. William B. Hazen. This would happen on the same evening that the fort was burned and forgotten. General Hazen held a celebratory dinner for the victory inviting General Sherman and even Major Anderson. Both Anderson and Sherman got into a heated exchange over the tactics Anderson used to defend the base. Anderson and captured Confederate soldiers went under orders to clear the fort of land mines they placed on the grounds as a defense mechanism and tributes were made to those that had fallen in the Battle of Fort McAllister.

Industrialist Henry Ford bought the property in the 1930s and began efforts to restore it after the years of abandonment and poor shape it was in. In 1958, the International Paper Company bought the property and gave it to the State of Georgia. The state worked with preservation groups and historians to restore the fort to match its appearance before the Union forces captured and destroyed it. The fort would make it onto the National Register of Historic Places in 1970 and be reopened as a public park. It was combined with Richmond Hill State Park and was named Fort McAllister State Park.