The Frontier Times Museum presents a pictorial history of Bandera County, Texas. As the only public museum in the county, the museum is committed to serving as an educational and cultural resource for the residents of and visitors to the region. The museum houses a "gallery of curiosities" collected by the founder, John Marvin Hunter Sr.; the Doane Western Art Gallery; and galleries of hometown rodeo stars and the "Texas heroes" who "help keep Texas Texan."

The Frontier Times Museum founder John Marvin Hunter sitting in the museum's gallery of curiosities, circa 1935. 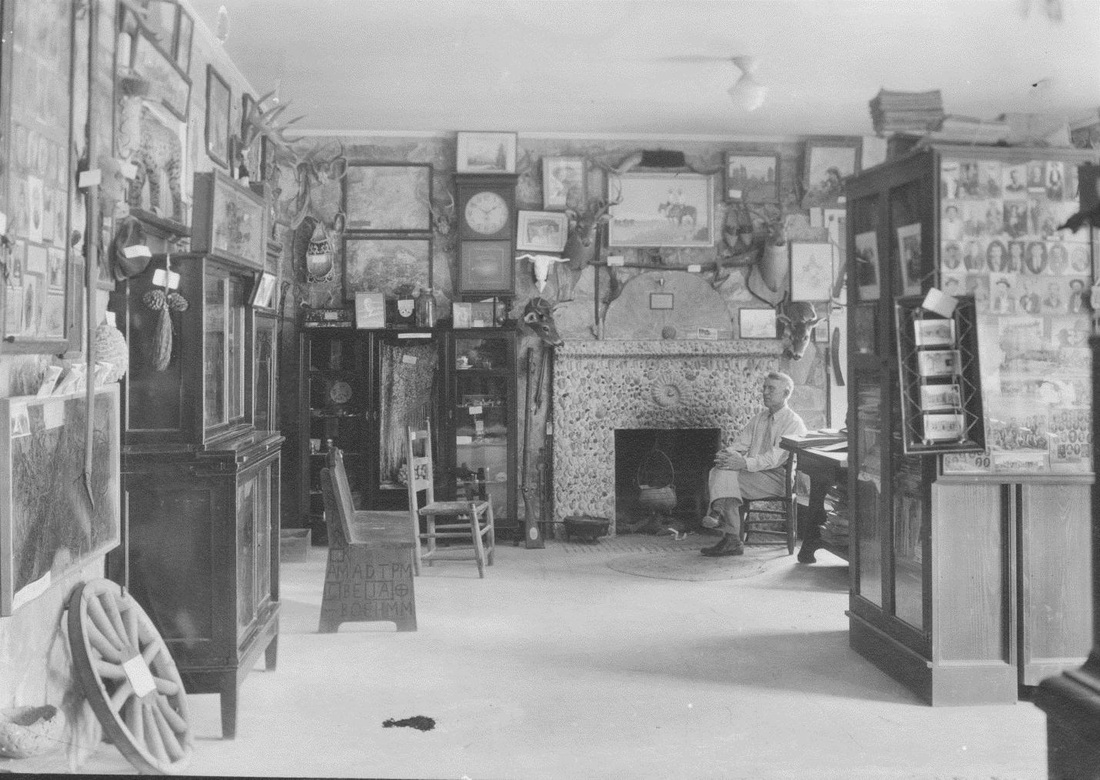 The entrance to the Frontier Times Museum in Bandera, Texas. 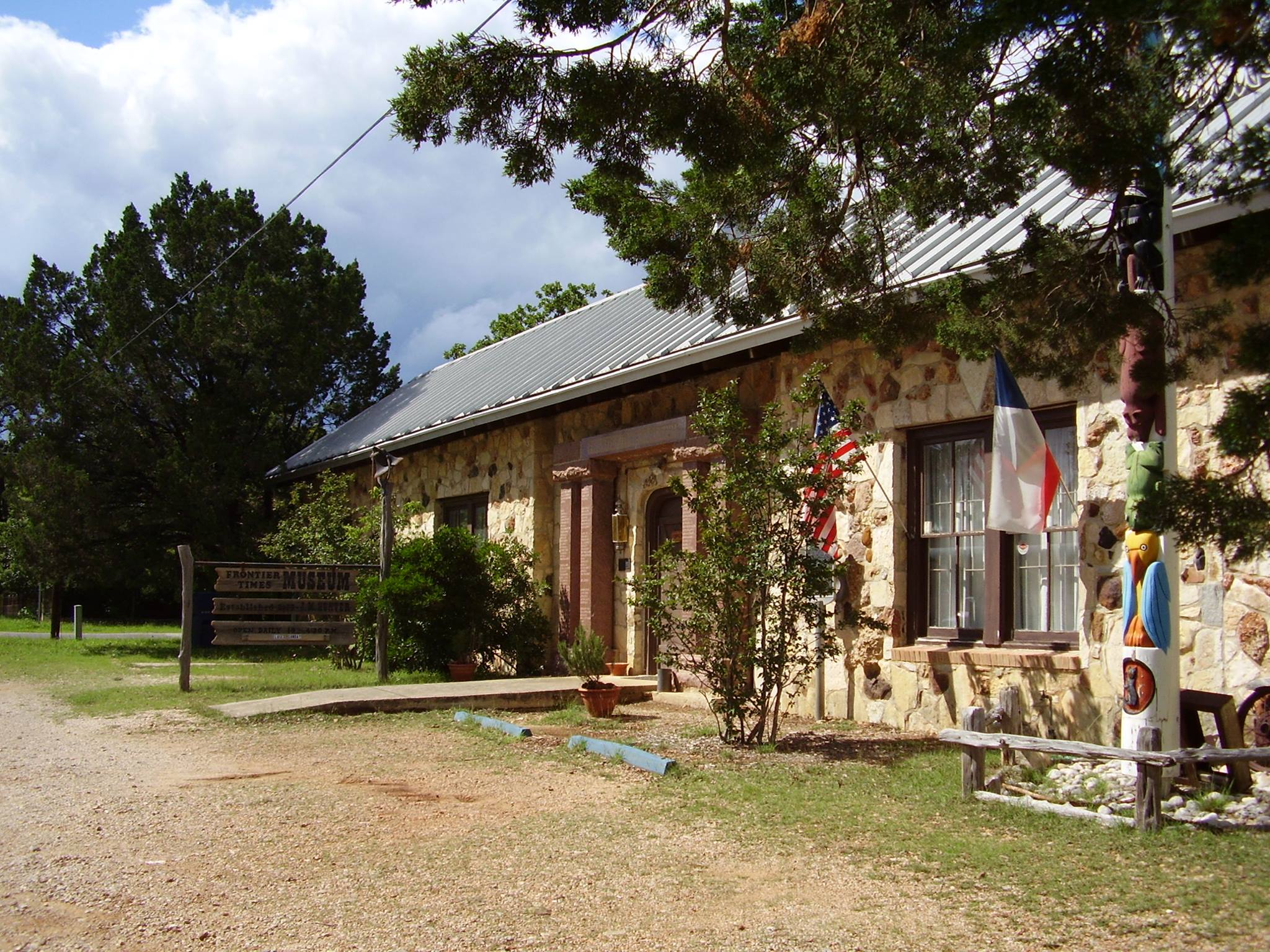 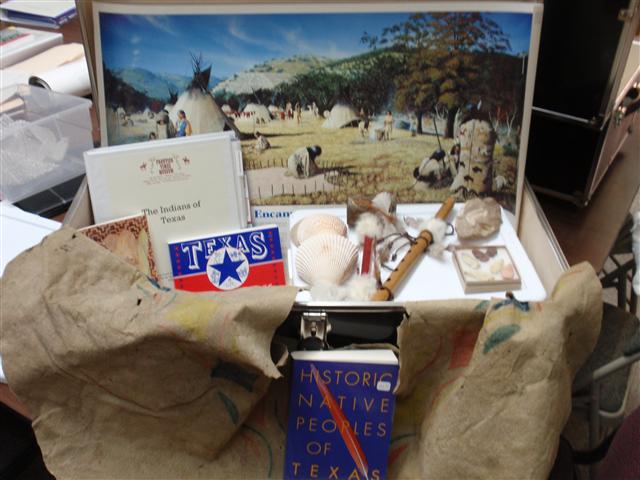 Located in the picturesque Texas Hill Country, Bandera County was named for nearby Bandera Pass, a naturally occurring passageway through the neighboring hills. Near the pass, the Medina River weaves its way through the county. In 1853, a group of settlers arrived and set up camp and began to make shingles for their dwellings from the huge cypress trees that grew along the river. Soon immigrant workers from Poland were recruited to work at a newly built sawmill. The beauty and abundance of resources also attracted an early group of Mormons, who established a nearby colony. The town of Bandera was designated the county seat at the formation of Bandera County in 1856. Bandera became a staging area for cattle drives up the Western Trail, and today the county still maintains its frontier character. The western way of life prevails as visitors from around the world come to sample cowboy living on local dude ranches and enjoy honky-tonk music and dance halls.

The museum was opened to the public in 1933 by the author, historian, and printer John Marvin Hunter, and named after his popular Frontier Times magazine. The site includes:

The displays hearken back to the time when museums were simply "cabinets of curiosities," showing a weird and wonderful mix of unorganized (and often uncurated) items. Hunter never refused any gift offered for the museum's collection, feeling that if a donation was important to the donor, it should be important to the museum. This ideology resulted in eclectic and eccentric holdings (such as a shrunken head from South America, a totem pole, a two-headed calf from a local ranch, and a set of bells from a shrine in Japan). The museum refreshes its connection to the region continually by providing galley space where local artists and craftsmen can exhibit their work.

The museum building itself is a nod to the ancient past. Hunter wanted the museum to be fireproof, so much of the construction material comes from an old rock fence originally built in 1878. Inside and outside walls are also covered with fossilized brain coral from the shallow sea that once covered today’s Hill Country, petrified wood from trees that grew along the shoreline, and chunks of crystal.

The F. B. Doane Foundation, which bought the museum in 1960 after Hunter's death, added an educational component to the museum's purposes (before transferring ownership of the museum to Bandera County in 1972). The Learning Center offers a variety of customized activities and interactive tours for a range of students. (Admission rates are waived for all Bandera County students.)

The Learning Center also offers a series of eight Texas History Traveling Trunks that can be borrowed for two-weeks for classroom use. Each trunk is designed to complement the classroom curriculum and encourages students to learn Texas history through a variety of interactive activities. Each trunk contains hands-on artifacts, a Teacher Resource Guide, and books written for a variety of reading levels.