The Museum of the Confederacy-Appomattox

The Museum of the Confederacy-Appomattox opened to the public in 2012 and is a branch of the American Civil War Museum, which also has locations in historic Tredegar and at the White House of the Confederacy. This facility draws from a vast collection of artifacts and documents that provide the source material for exhibits pertaining to the final days of the Civil War. Visitors are invited to explore the experiences of soldiers and civilians interpreted though displays such as the interactive "Wall of Faces." In contrast to many museums that focus on the Confederacy, this museum has worked to incorporate the perspectives of African Americans throughout the museum. According to a recent review by historian Kevin Levin, this effort not only differentiates the Museum of the Confederacy-Appomattox from many other museums throughout the South, but inspired the creation of the museum's most impressive and informative exhibits.

The Museum of the Confederacy-Appomattox opened in 2012 and is unique from other museums that focus on the South in its inclusion of diverse perspectives about the causes, consequences, and experience of the war. 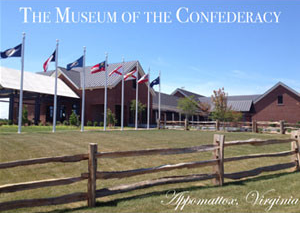 To learn more about race and the memory of the Civil War in the South, consider this book by historian David Blight linked below. 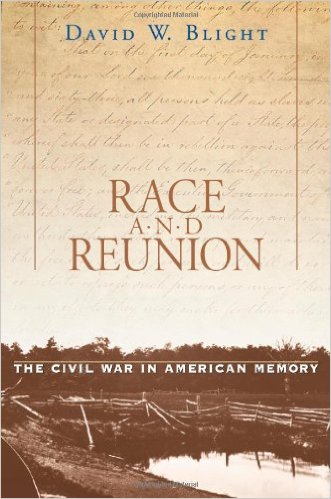 The American Civil War Museum is a series of museums in three locations. Two of these are in Richmond, Virginia: The White House of the Confederacy and Historic Tredegar. The third facility is the Museum of the Confederacy-Appomattox in Appomattox, Virginia.

The museum organization was established in 1890, when the Ladies Hollywood Memorial Association took over a former executive Confederate mansion to save the building from demolition. The Appomattox branch opened in 2012, not without controversy; the Sons of Confederate Veterans and the Virginia Flaggers protested the museum's decision not to fly the Confederate flag by disrupting the opening. The Flaggers deny that slavery was the primary cause of the Civil War, and blame the conflict on the Northern aggression.
Had the Virginia Flaggers entered the museum, they might have found a number of exhibits that use historical evidence to demonstrate that the war stemmed primarily from conflicts related to slavery. From economic issues such as tariffs, political questions such as the extension of slavery, cultural and religious issues leading to the division of Baptist, Methodist, and Presbyterian churches, to legal issues surrounding the enforcement of the Fugitive Slave Act, each contributing factor that led the nation to war in 1861 was born from sectional differences related to slavery.

According to historian Kevin Levin, the "museum's treatment of race and slavery" should be commended. "From the very first placard visitors see until the moment they exit the permanent exhibition," Levin explains, "the MoC-Appomattox demonstrates the centrality of slavery and racial dominance to the causes of the war, the investment that virtually all white Southerners—slaveholders or not—had in perpetuating a slavery-based society, the efforts African-Americans made to liberate themselves as well as their contributions to the federal war effort, and the extent to which what followed the war blocked authentic national reconciliation."

The focus of the museum is on the closing days of the Civil War, and the beginning of the reunification that followed. The exhibits draw on a large collection of documents and artifacts which explore the Confederate States government and military. The lives of soldiers, civilians, and enslaved and free African-Americans are interpreted through displays such as the interactive "Wall of Faces." Included in the museum's collection are noteworthy pieces such as General Robert E. Lee's sword and the uniform worn by Lee during his meeting with General Ulysses S. Grant at the Appomattox Court House.

The Museum of the Confederacy sits on eight acres of property about two miles from the Appomattox National Historical Park historical site, where the Army of Northern Virginia surrendered in 1865. The 11,700 square foot building includes 5,000 feet dedicated to exhibits, and a 1,000 foot multipurpose room available for rental. It is frequently utilized for educational programs and lectures. Additionally, visitors can browse the museum gift shop.