Added to the National Register of Historic Places in 2001, Bonaventure Cemetery is one of Savannah's more popular tourist attractions. It is well known for its large oak trees and burial art and architecture (statues, obelisks and mausoleums). Another interesting feature is there is a section where Jewish people are interred; there is also a Jewish Chapel, the only one known to exist in a public cemetery in the state. The cemetery, which was originally part of a large plantation, was also the location where French and Haitian troops, under the command of Count Charles d'Estaing, landed, camped and prepared for a combined American-Franco siege to retake Savannah from the British during the American Revolutionary War in September-October 1779 (the siege and subsequent attack failed).

The cemetery features many stone statues and graves such as these. 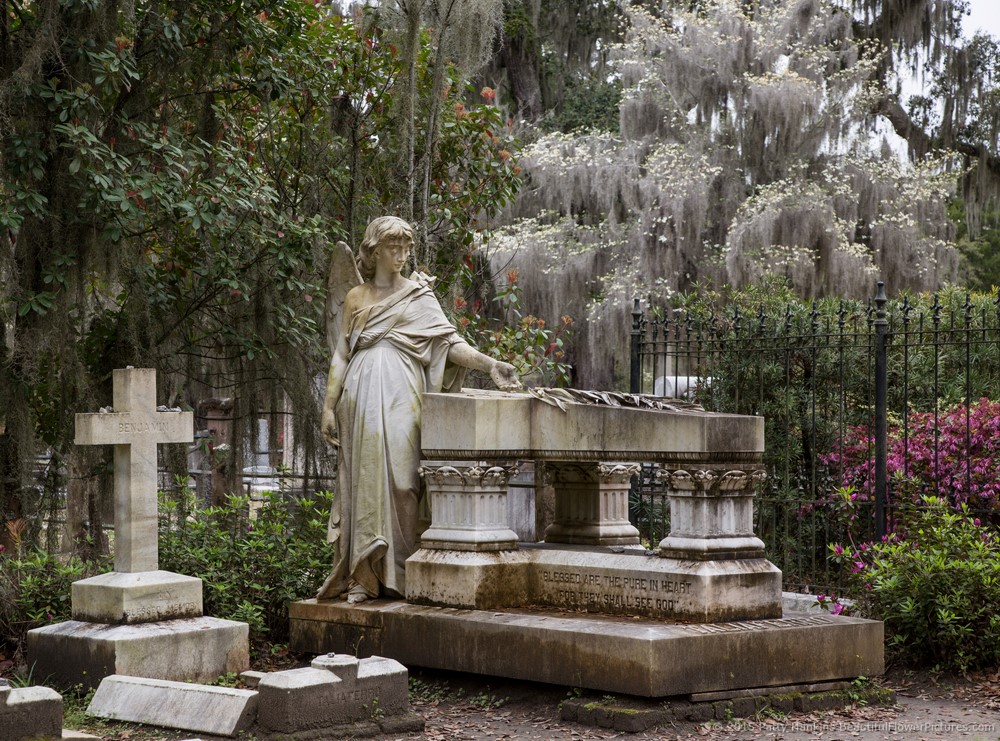 The oak-lined streets are a key attraction to the cemetery. 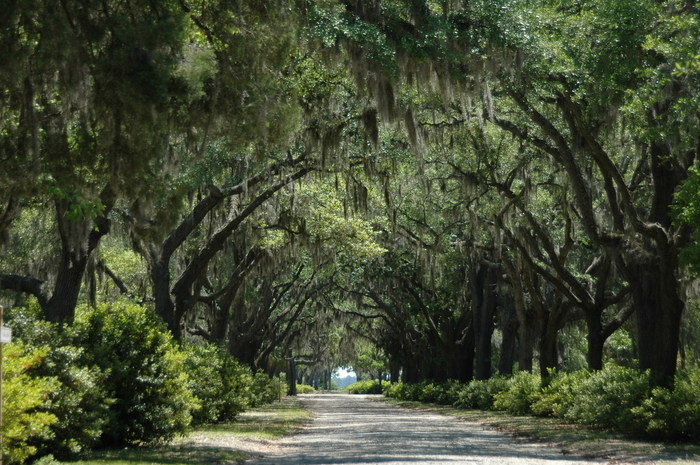 The plantation was established by John Mullryne and his son-in-law Josiah Tattnall around 1770. The family started small family burial ground, around which the cemetery would eventually surround. Both men were loyalists to the British Crown and as a result, the plantation was confiscated and later sold to an American supporter. However, Josiah reacquired the land and his family owned the property (and continued to bury family members here) until 1846 when they sold it to a hotelier, who maintained the cemetery and whose son opened the cemetery to others who wished to be buried there. Eventually, the city bought the property in 1907.