Located in Colonial Park Cemetery in Savannah, Georgia is the memorial marker for Button Gwinnett, who was an important figure of Georgia's history. Not only is he one of the three Georgia men who signed the Declaration of Independence, he was elected to the Continental Congress and elected the president of Georgia Council of Safety. His marker his located among many others in this cemetery. 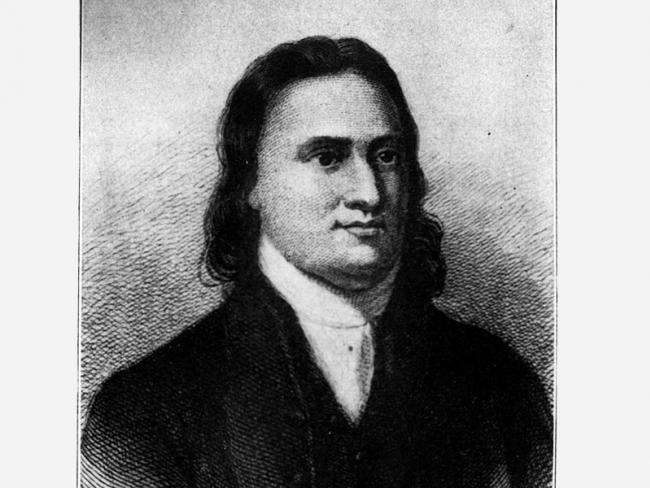 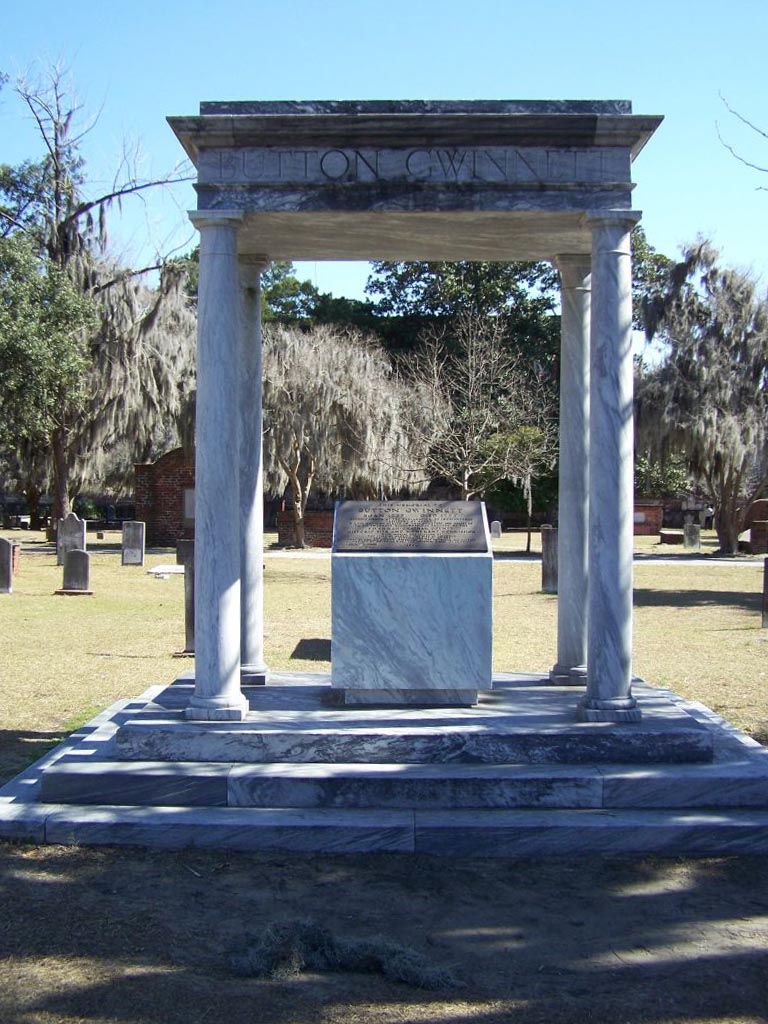 Button Gwinnett's Signature on the Declaration of Independence 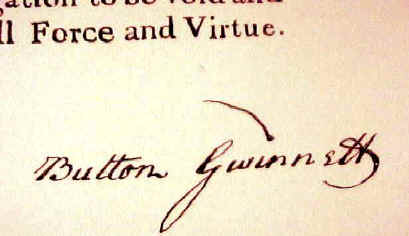 Button Gwinnett was born in England to Anne and Reverend Samuel Gwinnett. He then moved to Savannah Georgia with his wife, Ann Bourne, and three children in 1765. There, he became a merchant and trader. He owned a large plantation and became actively involved in local politics and preserving colonial rights which made him popular among other Georgians. He was elected to the Commons House of Assembly in 1769.

Once becoming interested in politics and attending more meetings, he was elected as commander of Georgia's Continental battalion in 1776. After controversy was brought up about this election, Gwinnett stepped down and accepted an offer to the Continental Congress. Lachlan McIntosh took Gwinnett's place and the two became enemies. While the Continental Congress met in Philadelphia, Gwinnett attended meetings and voted in favor of succeeding from his home country England. He signed the Declaration of Independence. He later was elected as the president of Georgia Council of Safety in 1777.

Due to the rivalry between Gwinnett and McIntosh and political disagreements and schemes, Gwinnett challenged McIntosh to a duel. Both men were injured. However, Button Gwinnett died three days later because of his severe injuries on May 19, 1777. He left an impact and his legacy in the state of Georgia. His legacy lives on by Gwinnett County, which was named after him.