The final mission built by the Spanish in present-day Texas, the stone and adobe buildings of Mission Nuestra Senora del Refugio was completed between 1795 and 1799. The mission faced numerous difficulties throughout its four decades of existence and was abandoned in 1830-nine years after Mexico won its independence from Spain. Although none of the buildings remain, archaeologists have discovered that the mission church was located near the present site of Our Lady of Refuge Catholic Church.

This marker denotes the location of Nuestra Señora del Refugio, the last mission established by Spain in present-day Texas. 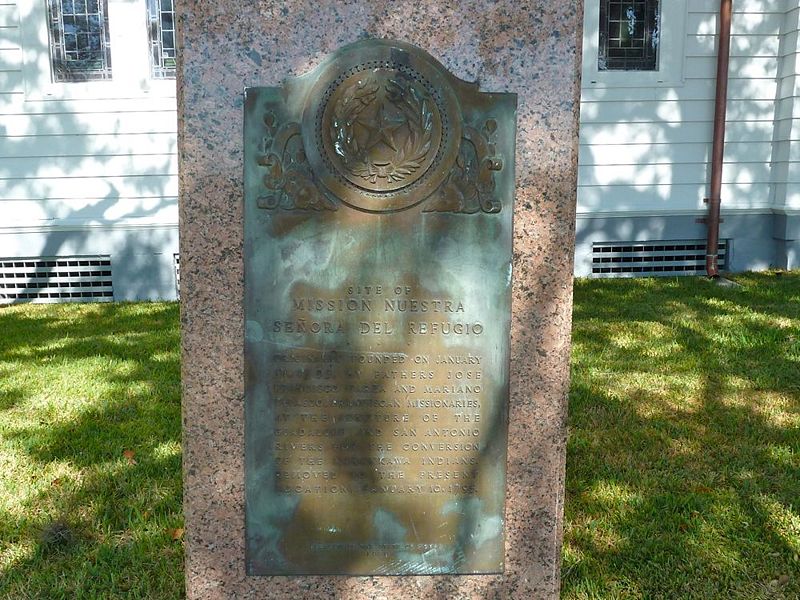 Our Lady of Refuge Catholic Church 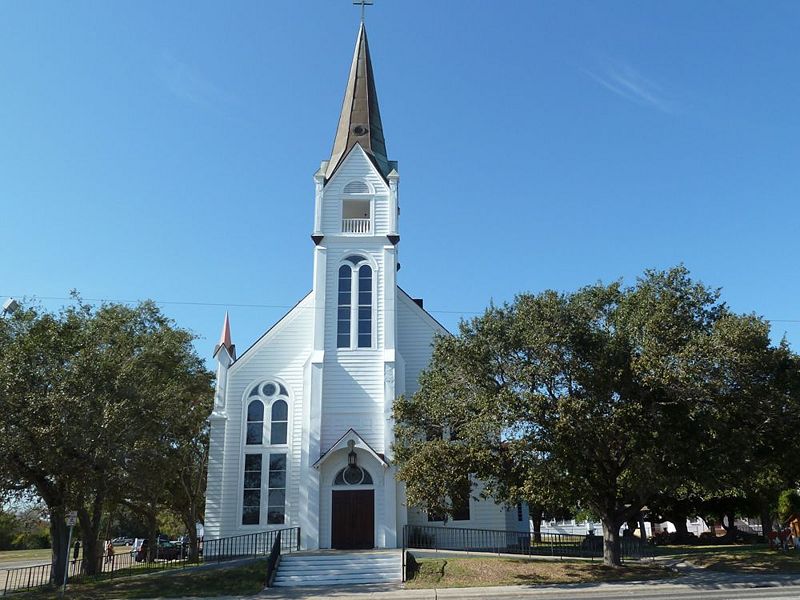 Spanish officials built missions throughout the area that now forms the American Southwest as part of their plan to both pacify and convert Native Americans to Catholicism. In 1791, Father Silva and Father Jose Garzaarea surveyed land around the Matagorda Bay area for a mission that would facilitate trade, further Spain's claim on the region, and facilitate the conversion of Karankawa Indians to Catholicism. Spanish missionaries had previously attempted to create tw other missions in the area, but neither succeeded owing to the lack of support among Native tribes in the area. Spanish officials hoped that this mission would fare better, partly owing to a small number of Native Americans who supported the idea of creating a mission and trading post in the area known to the Spanish as El Paraje del Refugio .
The Spanish hoped the mission would not only facilitate trade, but also "assimilate" area tribes through the teaching of Christianity and conversion to the ways and valves of the Europeans. In addition to religious and military concerns, the Spanish hoped the Native tribes of this region would grow crops and raise cattle. However, the mission suffered from inadequate food supply and many Natives abandoned the mission.

In 1794, Spanish officials moved that mission to Mosquitos Creek due following a raid by Karankawa Chief Fresada Pinta. The new site was more suitable, but conflict with Pinta and other Native leaders continued. Before long, most of the Natives once again abandoned the mission. Officials relocated their mission a final time to this location in the winter of 1794-5. Unfortunately for the missionaries and their few Native supporters, this mission was in territory claimed by the Comanche-a powerful tribal alliance that controlled large sections of Texas through the 1830s.

Despite the occasional attacks by the Commanche and others, the mission population grew to 224 residents by 1804. The mission continued on, even after the Spanish granted Mexico its independence in 1821. However, internal conflicts between Native Americans-some of whom arrived at this mission following the closure of other missions-led to a decrease in population throughout the 1820s. By 1829, only two dozen Native Americans lived at the mission. In 1830, and the Mexican government decided to abandon the mission.