Veteran's Memorial Park features four granite blocks honoring veterans who fought in World War I, World War II, the Korean War, and the Vietnam War. There are 23,233 names of Manchester veterans on the monument. In 2009, the city of Manchester dedicated a new WWII memorial to replace the original memorial that was not intended to be permanent. The park also includes two other monuments, the POW-MIA Monument, and a Civil War monument. 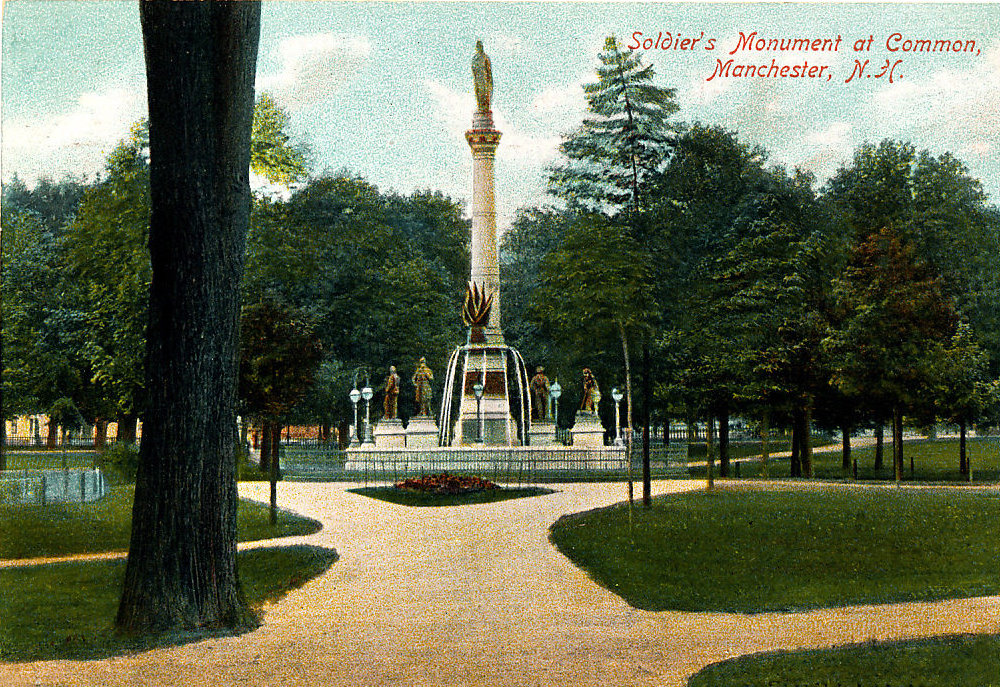 This park was dedicated to local veterans of the American Civil War who fought to preserve the Union. The park's Civil War monument was designed by George Keller of Hartford and completed at a cost of $22,000. Today, the park also serves as a memorial for veterans of 20th-century wars and current conflicts. The POW-MIA monument was added to the park in 1991 and includes a POW-MIA flag that flies above a granite monument on the corner of Central and Elm street.