This, very plain, functional styled building was erected in six months at a cost of $12, 295. It opened in the fall of 1915 housing the Manual Training department and Physical Training. From manual arts to maintenance, to Information Technology, the building has housed many unglamorous, but essential functions of the college. 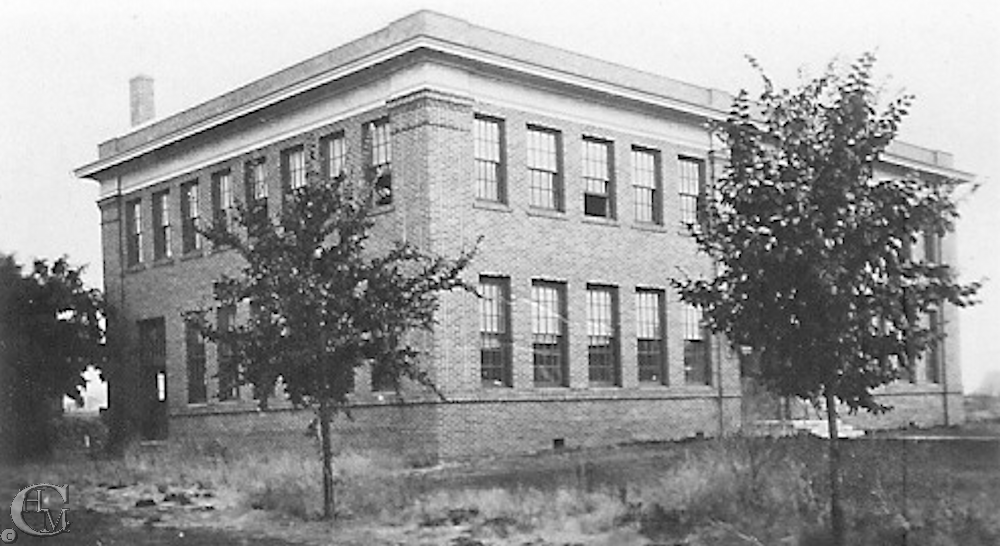 Taken from the west side of the building with Monroe Hall in the background. 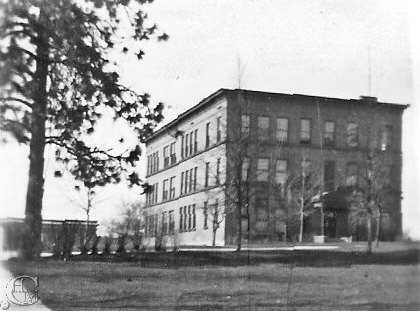 In the 1920s there were school vegetable gardens between the Training School and Manual Arts building. 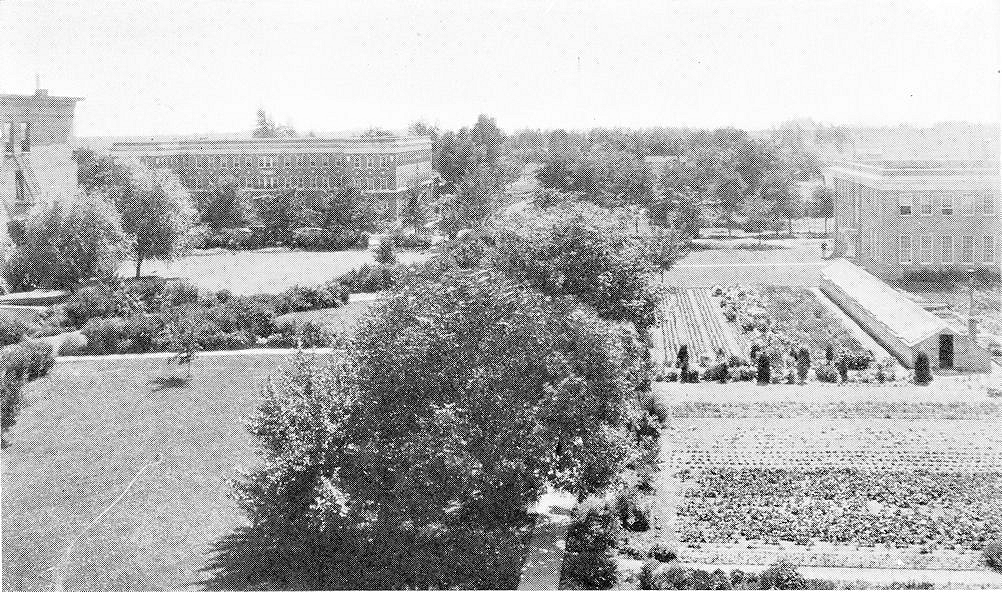 The building you see today, barely resembles the original. The interior has been completed gutted and remodeled, while the exterior has additional wings, as well as other changes.

You might expect manual arts to include woodworking, but it also included needlework, basketry, sewing, and drawing.

When the building opened in 1915, it took the new name, Manual Arts. In 1933, the name changed to Industrial Arts along with a change in the curriculum. With the completion of Cheney Hall for Industrial Arts in 1969, the Maintenance Shop moved in. The new Surbeck Services facility for the maintenance shop opened in 1981, and planning began to turn the old Manual Arts building into a computer center.

Construction of the new Computer Center got underway February 1984. An old addition to the Manual Arts building was demolished, and the interior was gutted. New wings were then added on the east and north of the original building.

The building was renamed for former English professor and benefactor, Frances B. Huston in 2006. It is currently used, in 2016, provides office space for Information Technology Support staff.