Raleigh County Veterans Memorial was built in Coal City to honor the men and women from Raleigh County who lost their lives in the nation's wars. The monument lists the names of those who died in World War I, World War II, the Korean, and Vietnam Wars. The site also has plaques with inscriptions describing two Medal of Honor recipients Staff Sergeant Stanley Bender and Sergeant Cornelius H. Charlton. The monument is also flanked by two markers honoring the disabled veterans and those who died during the recent wars of the 21st century.

Picture is of the plaque honoring SFC Robert William Hunt who went missing in action during the Vietnam War. 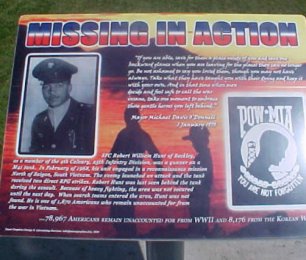 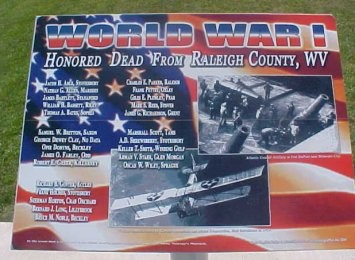 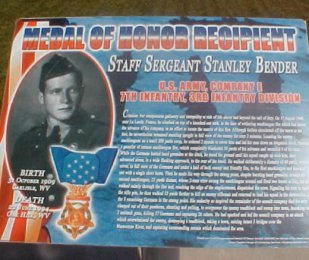 Picture of marker that honors all Disabled Veterans 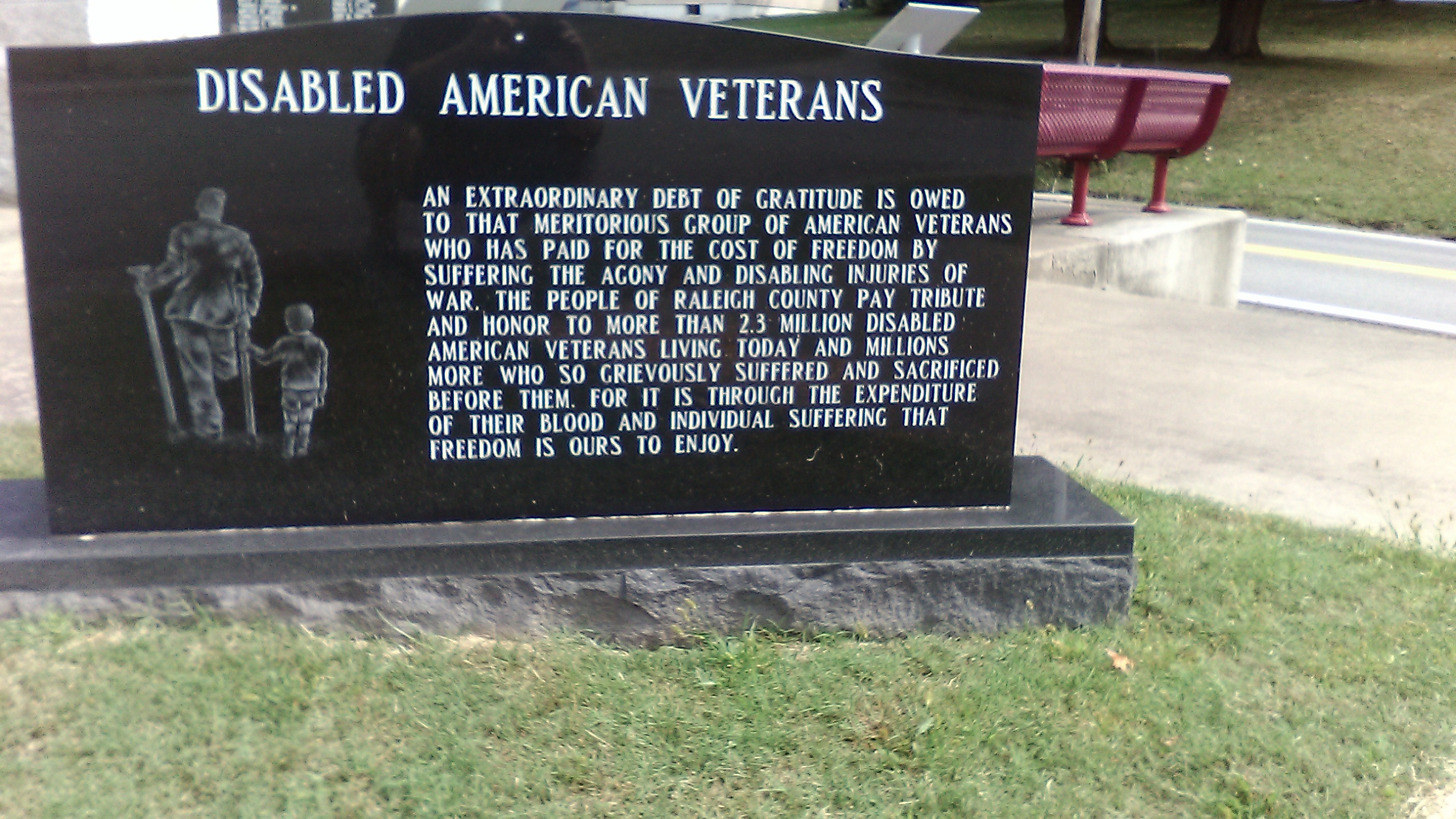 Picture of rear side of monument with inscription honoring all Raleigh County veterans who died. 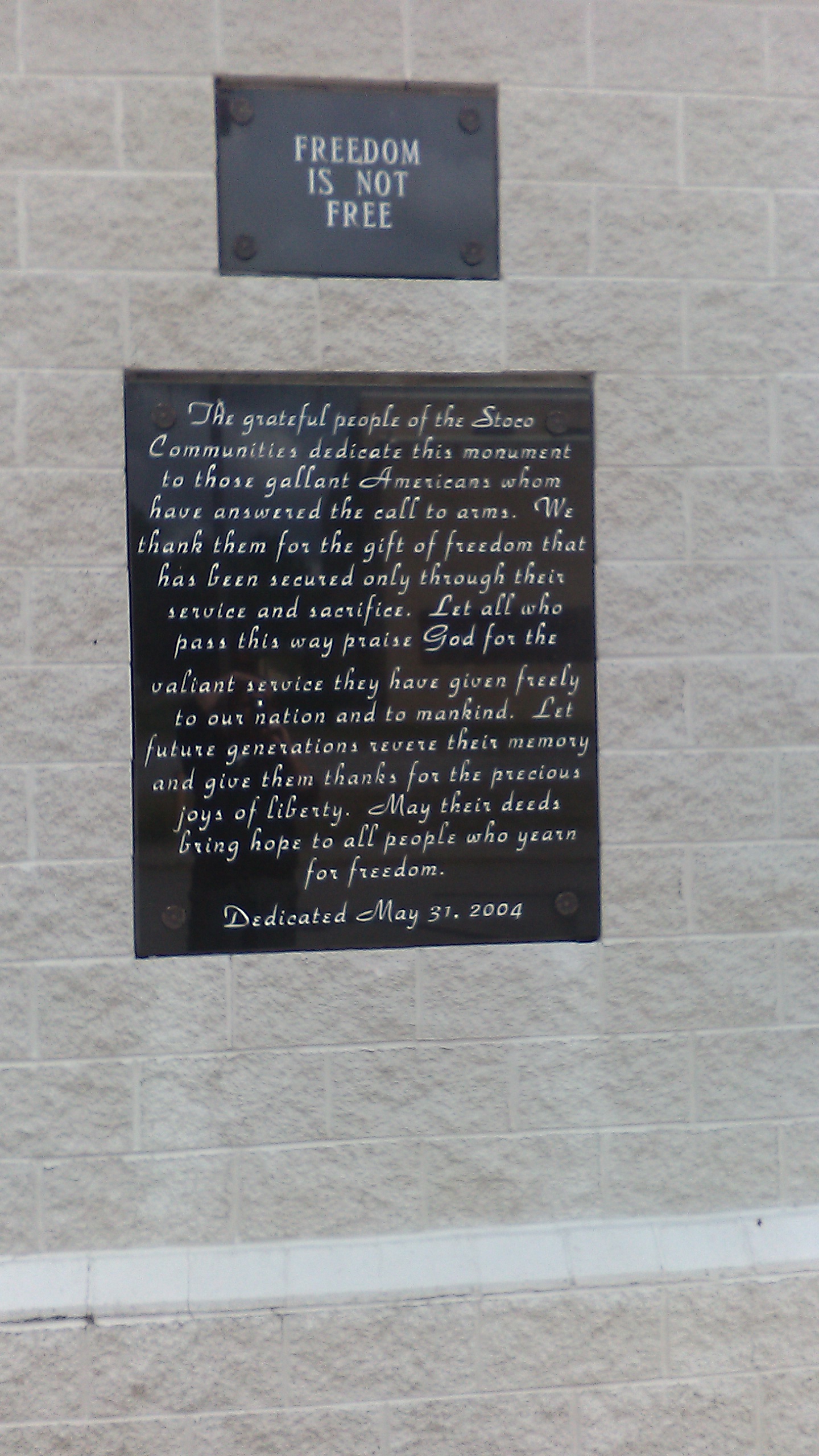 Picture is of front panel with inscription honoring the 265 men and women from Raleigh County, WV who died during World War II 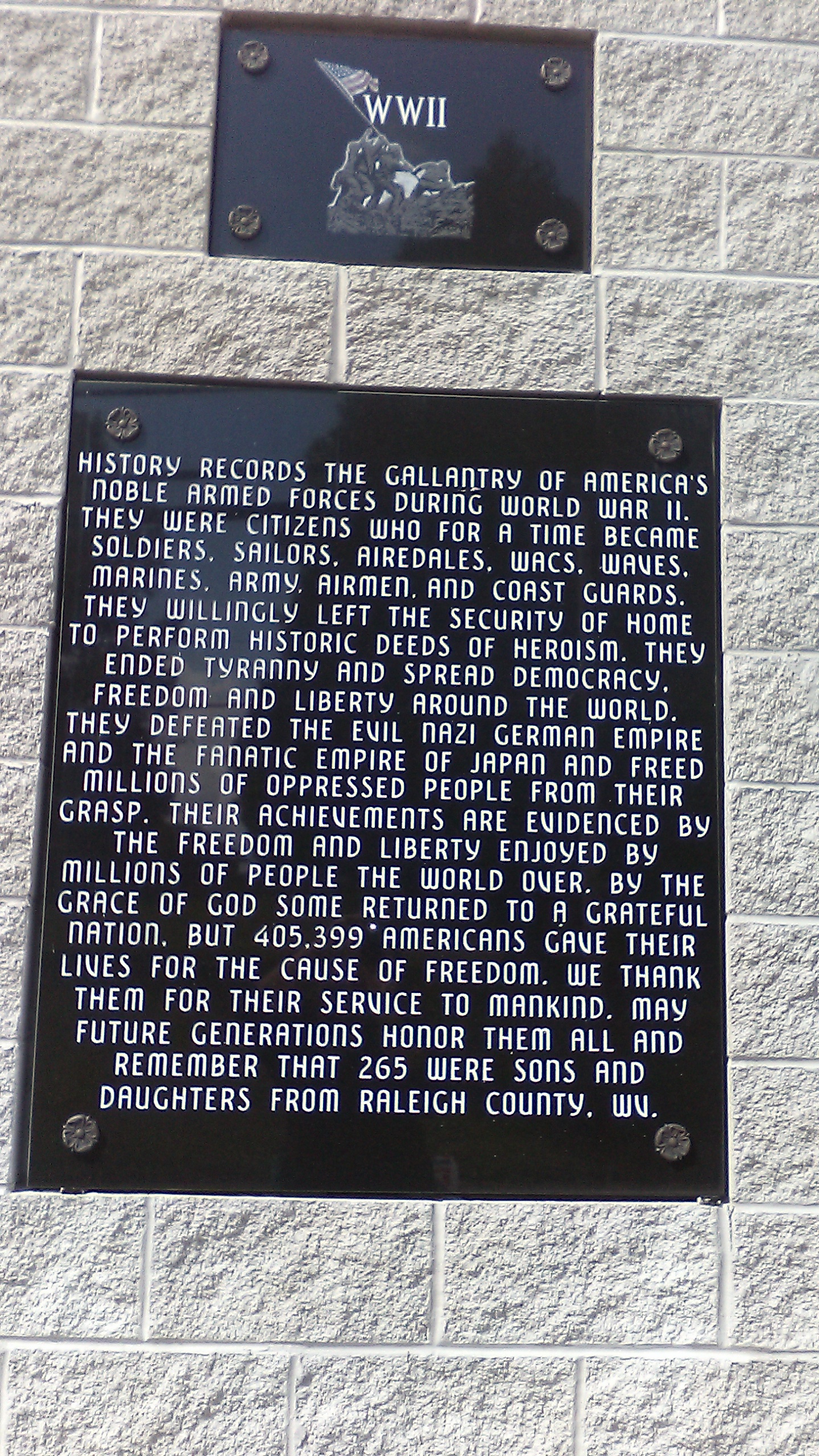 Picture of the rear side of the Raleigh County Veterans Memorial 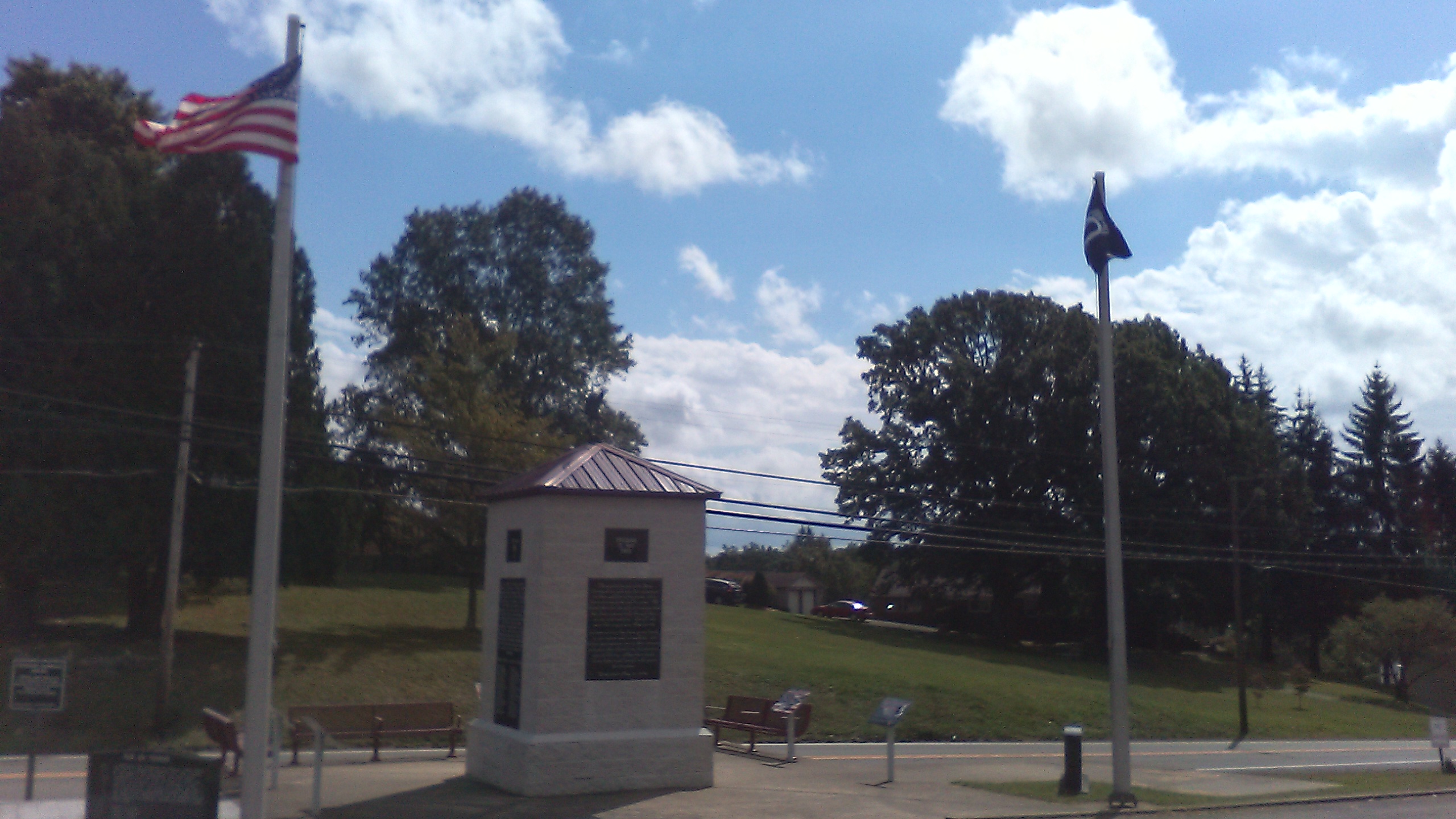 Picture depicts the marker with inscription honoring those who died during the War on Terror from Raleigh County, WV 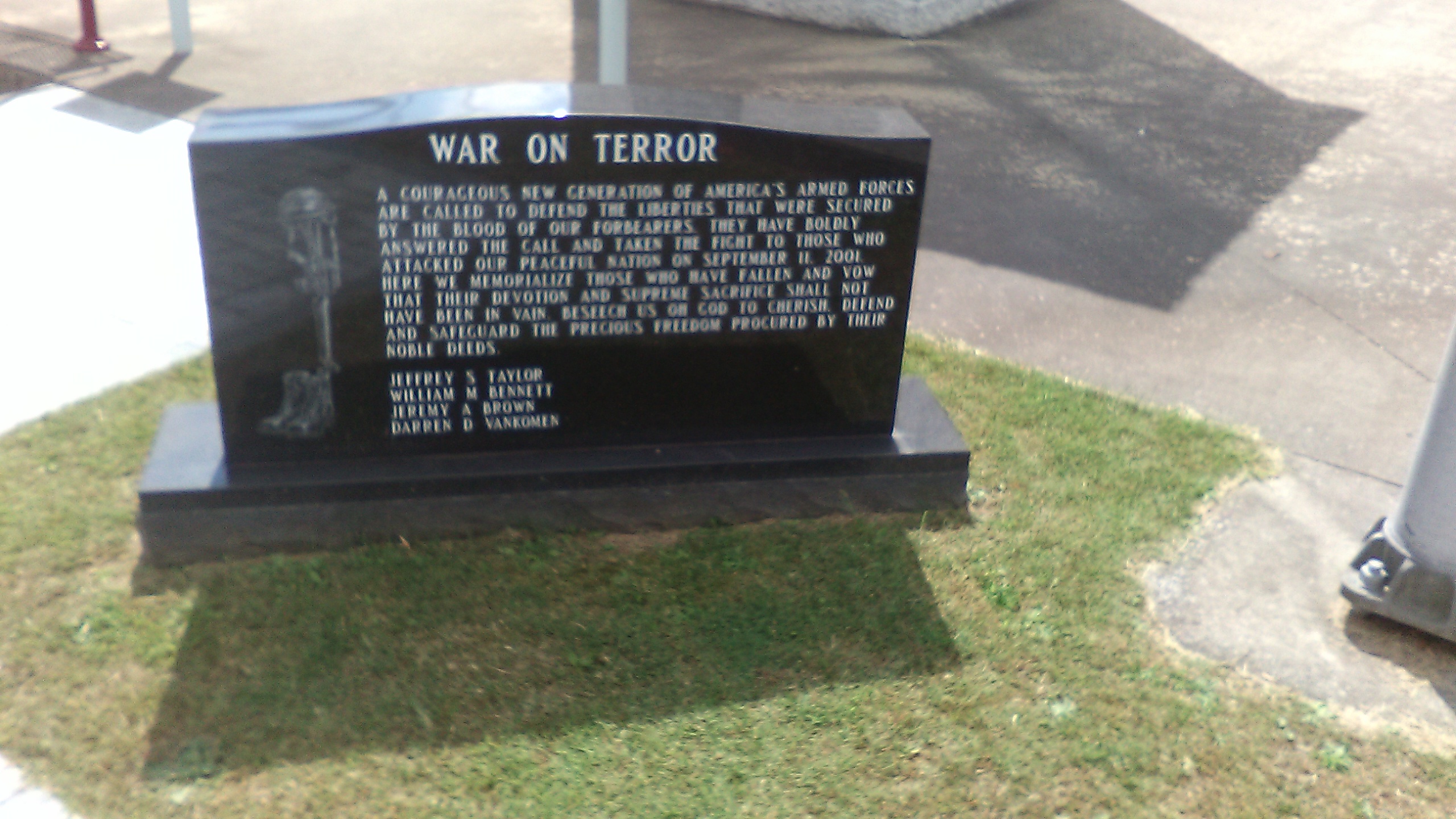 The Raleigh County Veterans Memorial’s original concept was developed by Grant Helvey after finding that a former Stoco High School classmate, Staff Sgt. Dennis Harper Jr. from Amigo was left off the list of Vietnam War dead in a History Book of Raleigh County.  His original idea was to design and place a headstone in Raleigh County, WV in remembrance of Staff Sgt. Harper.  Mr. Helvey presented the idea to the Stoco Communities Reunion Committee who hosts a reunion at the old school building each July. The Stoco Communities Reunion Committee embraced the idea and money was raised through a mass mailing too former Stoco High School students and families and by others in the Raleigh County area as the idea started to gain momentum. Donations were received from former Stoco High School students and families from Raleigh County and others now living as far away as California, Michigan, Florida, and Germany.   Many of the local citizens would later observe and help in the building of the memorial.

After the money was raised to begin the project, Grant Helvey designed a monument sixty-four square feet at the base and standing nineteen feet high. The design memorializes all of the Raleigh County war dead and military veterans. A copper top adds four feet to the height of the monument which is adorned with a three-foot-high bronze American bald eagle.  Later on, two flanking markers honoring the Disabled Veterans and the men who died during the War on Terror were added to the memorial site.  Around the monument are colored plaques containing pictures and inscriptions describing the names and actions of two Raleigh County residents, Staff Sergeant Stanley Bender and Sergeant Cornelius H. Charlton, both of whom received the Medal of Honor.  Another plaque was placed around the monument in honor of SFC Robert William Hunt who went missing in action during the Vietnam War. In addition to these plaques two more were placed honoring the 30 names of those who died during World War I and the 265 names of honored dead from World War II with a copy of an actual letter from a commanding office informing a mother in Coal City that her son was killed in action in France.