The symbolism of the monument, “A Word Apart,” depicts the globe split in half as a result of World War II. The interior of the monument features a wall of Georgia granite that lists the names of veterans from Chatham County who died while serving during the war. The monument was made possible by the Veterans Council of Chatham County and community donations.

The Chatham County World War II Memorial features the names of the 527 servicemembers from the county who died in the war. 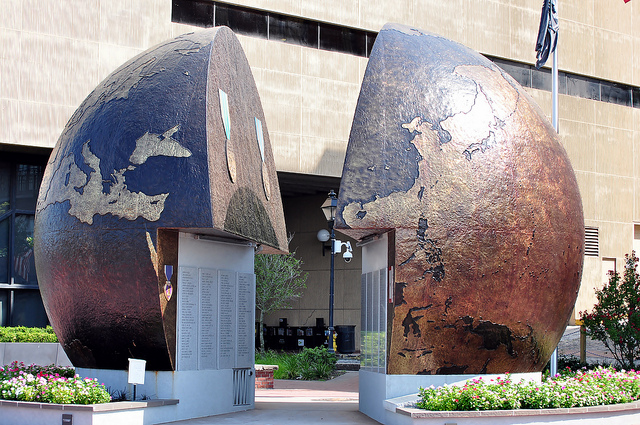 The bronze and copper globe is split in two, symbolizing the division between the European and Pacific theaters of the War. The two halves of the globe are seated atop blocks of Georgia granite, between which visitors can walk. The names of the 527 Chatham County servicemembers killed in World War II are inscribed on the monument’s inner walls.

"Honoring all veterans of Chatham County
who gave their lives to retain
the freedom of the United States of America
and save the world from tyranny."