Constructed in the 1850s, this farmstead produced merino wool that earned an international reputation in addition to wealth and status for Samuel Cockayne and his descendants. When the last living member of the Cockayne family, Samuel A. J. Cockayne, passed away in 2001, he donated the house and all of it's belongings to the city of Glen Dale. Today the Marshall County Historical Society is responsible for the preservation of the Cockayne farmstead. This organization operates the historic farmstead as a house museum with each room representing a different theme or time period. 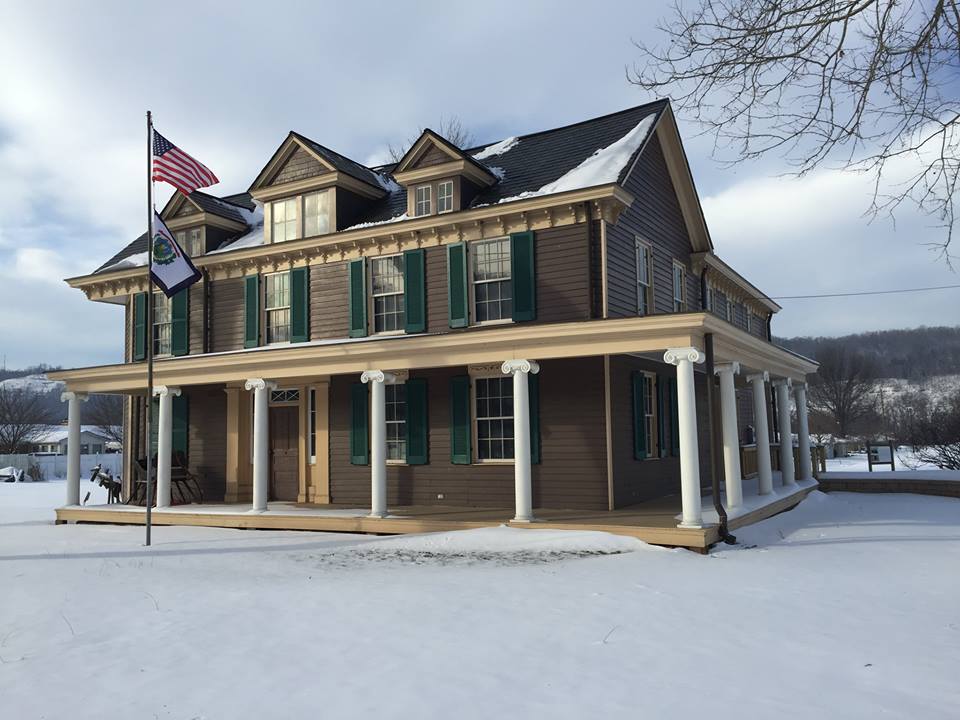 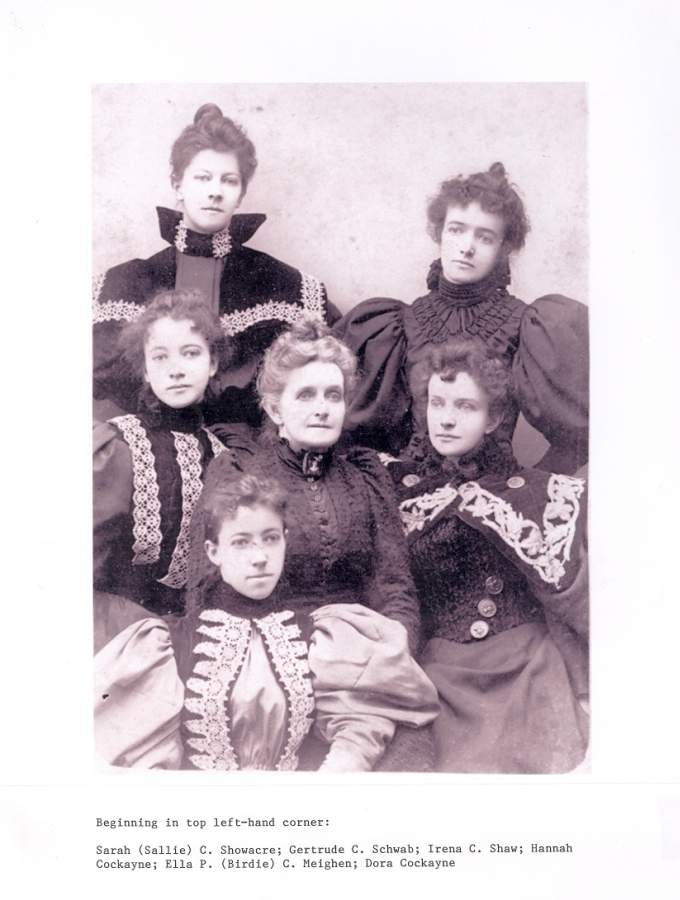 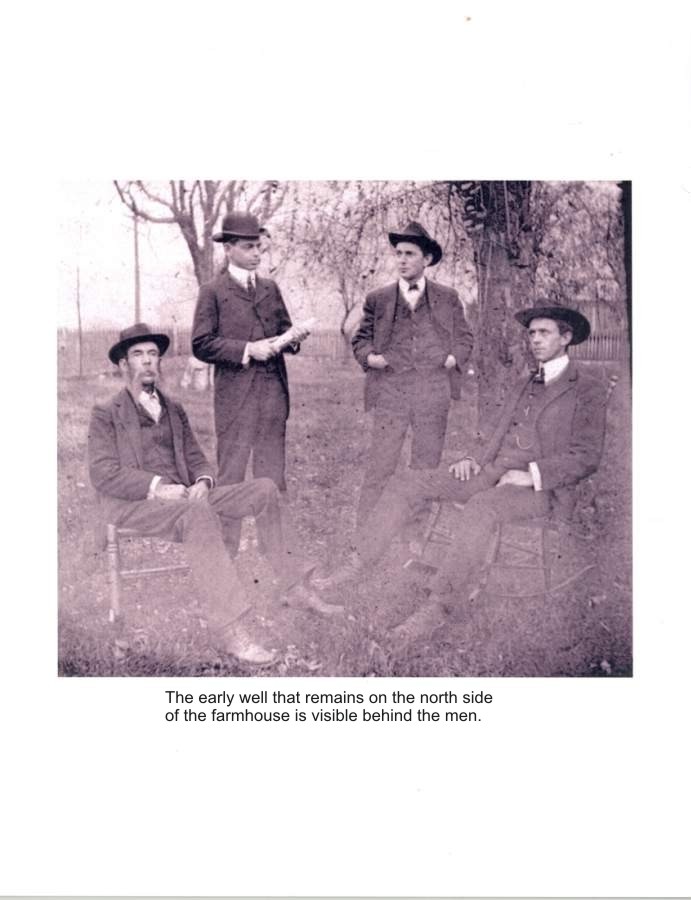 Prehistoric mound at the Cockayne Farmstead. 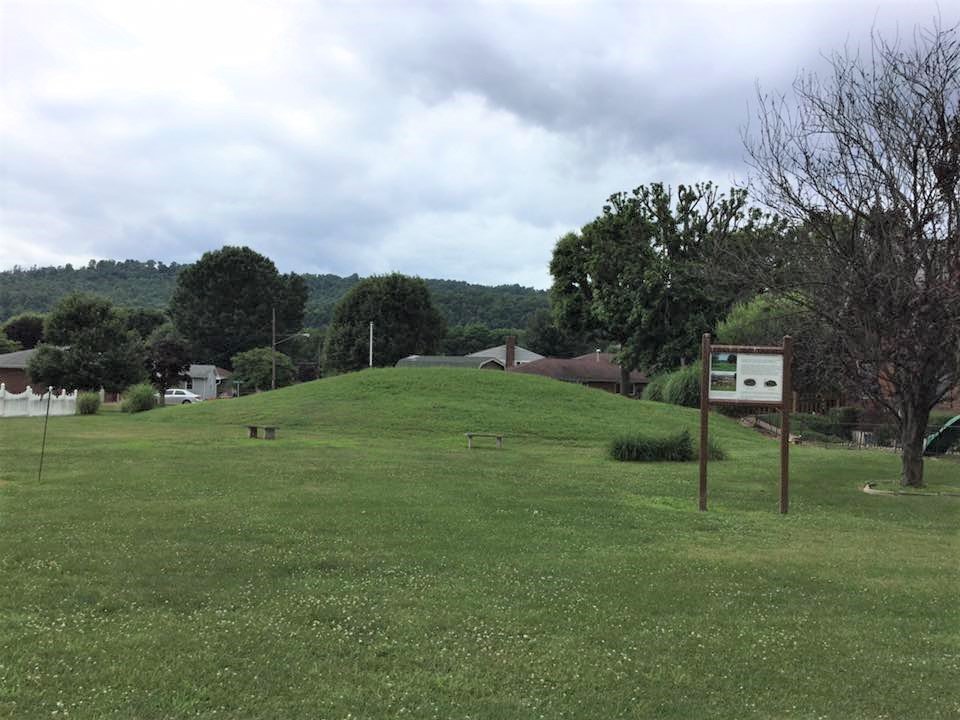 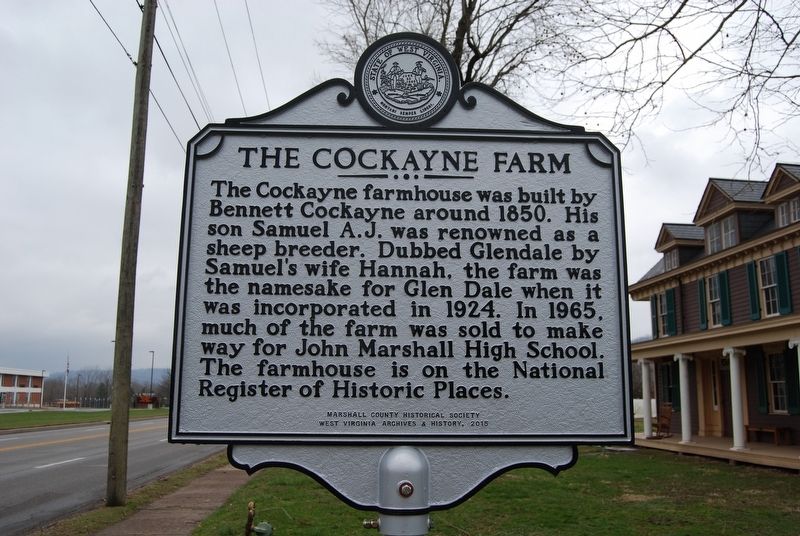 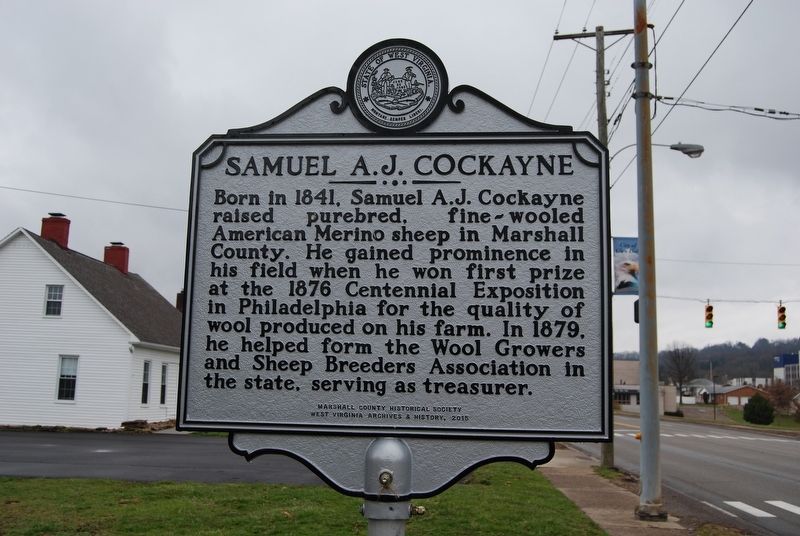 Samuel Cockayne first arrived in what is now the city of Glen Dale with his brother, Carter Cockayne in 1795. Samuel bought land from a Revolutionary War veteran than stretched from the Ohio River to Little Grave Creek. Samuel built a home on this land and operated the "Andrew Jackson Inn” to from his home to make money. The original Cockayne farm has dwindled with each passing generation of the Cockayne family. Upon Samuel's death, two of his sons, Bennett and Vincent divided the farm between themselves. Bennett was responsible for the construction of the Cockayne Farmhouse that still stands today. The Glen Dale community grew around the Cockayne Farmstead. Bennett was the postmaster in Moundsville, and owned a general store in Elizabethtown, while his son Alexander taught the first school in Glen Dale which was operated on the farm.

Bennett's son, Samuel A.J. Cockayne, inherited the farm and made it what it is today by turning the homestead into a Merino sheep farm in the 1860s. Samuel A.J.'s footprint and initials are imprinted in the stone hearth of the farmhouse, and can still be seen today. Samuel A.J.'s wife, Hannah, named the farm Glen Dale farm, and that is where the city of Glen Dale recieved it's name. The town of Glen Dale was officially incorporated in 1924. Samuel A.J. began a breeding program to ensure the finest quality wool would be supplied to his community and surrounding areas. Within a few years, the Cockayne farmstead was supplying wool internationally, and achieved great success when he received a bronze medal at the World's Fair in 1876.

Samuel A.J. had five daughters: Ella, Sarah, Gertrude, Dora, and Irena. He also had one son who would inherit the farm, Samuel A. The five daughters all contributed outstanding pieces of art, poetry, and music that are still in the home today. Samuel A. was a member of the Washington District Board of Education in the early 1930s and Postmaster of Glen Dale from 1935 to 1950. Samuel A. passed in 1953, and left the family farm in the hands of his son, Samuel A.J. who only had ambitions of carrying on the family tradition of tending to the farmstead. Samuel A.J. was drafted during World War II, and was stationed in the South Pacific. Upon returning home, Samuel A.J. was not the same as before; he shut off all but two rooms in the farmhouse and kept to himself. As he grew tired of farm life he sold the land that now belongs to John Marshall High School. Samuel A.J. passed in November of 2001 and donated the Cockayne Farmstead to the city of Glen Dale.

Behind the house is an Indian Burial Mound long protected by the Cockaynes that was reunited to the farmhouse in 2004. The burial mound adds another dimension to the project. The Cockayne Mound is one of the few remaining prehistoric mounds in Marshall County as many were flattened in the early development of the area.

In 2005, a narrow slit trench at the base of the mound was excavated in order to verify the mound's cultural origin. No artifacts were collected from the mound but it was verified to be of prehistoric origin. There have been several prehistoric artifacts found on the property. Each summer an annual archaeological demonstration is scheduled at the farmstead with the community encouraged to attend.

The Marshall County Historical Society started the Cockayne Historic Preservation Project to create an educational and cultural center that will benefit all West Virginians. The house and contents are a living museum, representative of the lifestyles, values and experiences of the people who lived and worked at the farmstead.