Built in 1892, this is the oldest church on the beaches of Melbourne in south Florida. Today services are held as a historical site for visitors, with a fully renovated interior. It was designed in a simple vernacular style, which was typical of small churches at the time. From its founding to today, the church has remained non-denominational to be welcoming to everyone. It was added to the National Register of Historic Places in 1992.

Community Chapel of Melbourne Beach was originally built in 1892, making it one of the oldest non-residential structures in the city. 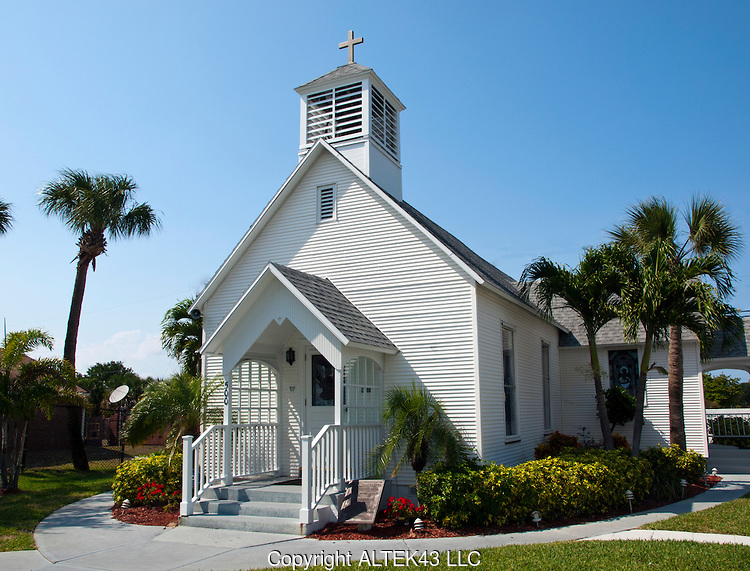 Before the church was built, people met in homes and then in the home of Grace Cummings, who operated a boarding house called Myrtle College. It was built in 1887 was located near the church; unfortunately, it was destroyed 1987. The church has endured lightning strikes, hurricanes, floods, and fires over the years. It did not even have its first salaried minister until 1929 and for a long time services were held seasonally. The church was expanded in 1942, reflecting the increased desire for people to move to Florida beginning in the 1940s. Further changes and renovations have been made to the church in the ensuing decades.