This former plantation once belonged to Robert Gamble, a soldier who served in the second Seminole War (1835-1842; there were three in total, lasting from 1817-1858). He was rewarded 160 acres for his participation in the war. Today, a mere 16 acres still belong to the mansion. The mansion on the property, is the last surviving plantation house in Florida. Historians believe that this is where Confederate Secretary of State, Judah P. Benjamin, sought refuge after the defeat of the Confederacy. He stayed there until he could gain safe passage to England. This why the plantation house is also called the Judah P. Benjamin Confederate Memorial. The mansion, which was added to the National Register of Historic Places in 1970, is fully furnished with mid-19th century furnishings. The site offers guided tours, features a visitor center, and is available to rent for wedding ceremonies.

Map of the plantation grounds. 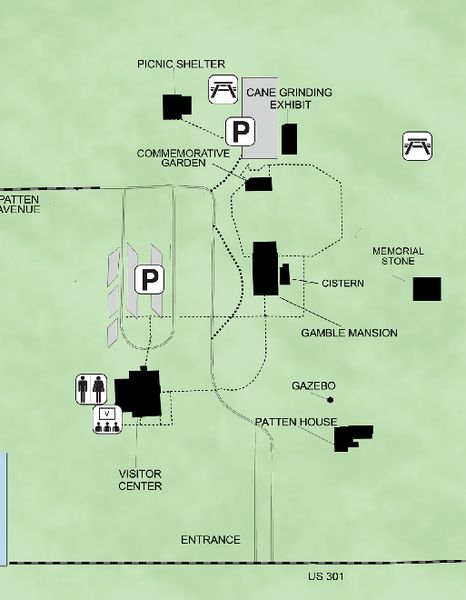 The Gamble Mansion was built in 1850, making it the oldest house on Florida's west coast. 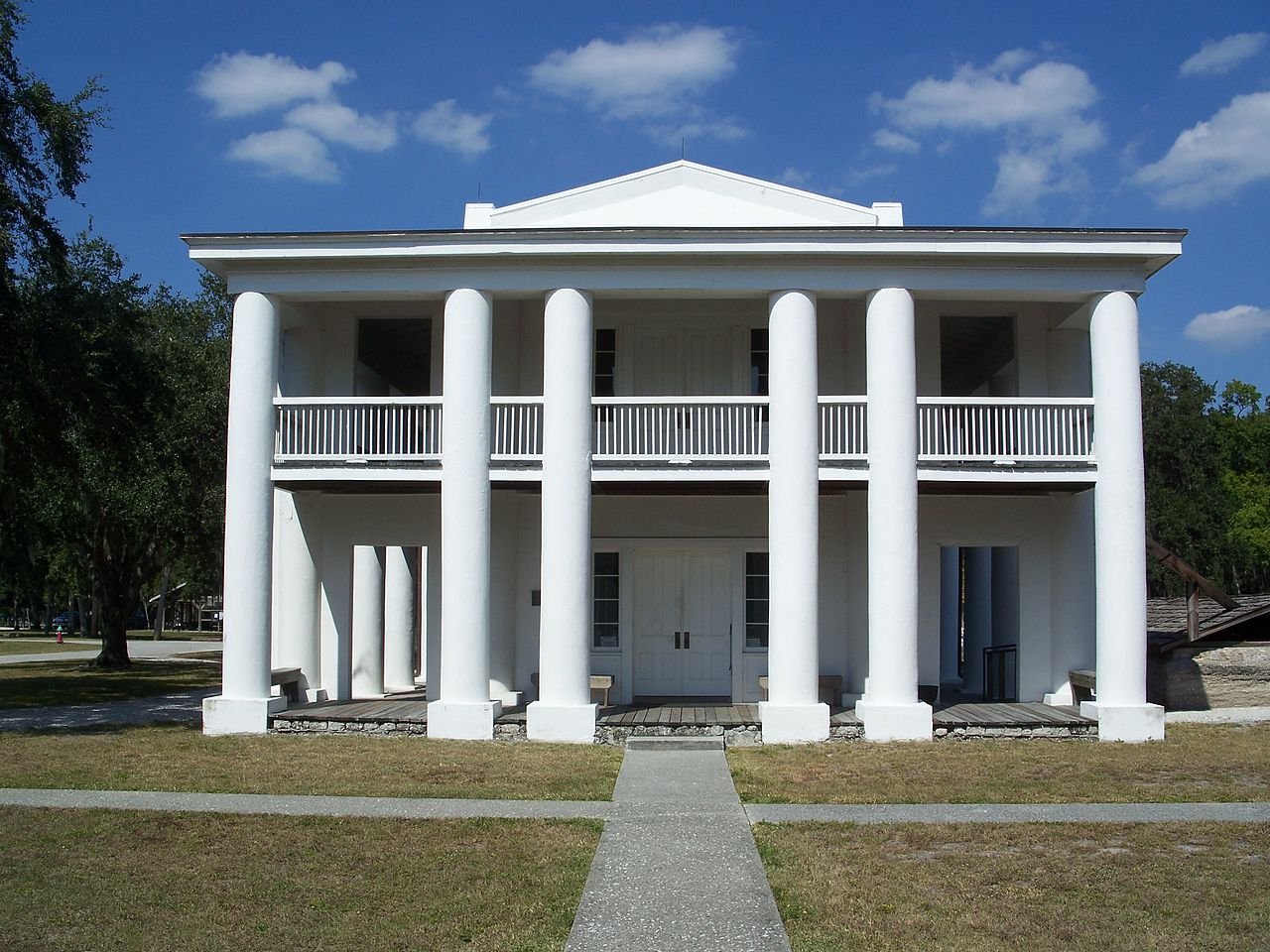 The federal government ordered the arrest of Judah P. Benjamin (and other Confederate cabinet members) after the Civil War to put them on trial for treason. He was able to start over in England, however, eventually becoming a leading member of the English Bar. As for the plantation and mansion, several people owned it until 1925 when the Judah P. Benjamin chapter of the Daughters of the Confederacy bought it and then deeded it to the state of Florida.