Happiness Tower, originally known as The Placid Tower, was built and opened in 1960. The name of the tower has been changed many times. Happiness Tower is 270 feet tall and was the tallest concrete building of its time when opening. Due to attendance issues, the tower has been closed down many times over the years, reopening for the last time in 1986 and managing to stay open until the early 2000s and it has been closed to the public ever since. Happiness Tower is one of three tourist towers build on Central Florida's ridge. 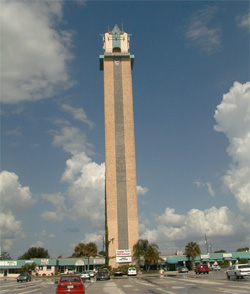 Closed to the public.