This 400-foot Ferris wheel is one of the newest attractions to come to the Central Florida area. The Orlando Eye was constructed in May of 2015 and renamed the "Coca-Cola Eye" the following year as part of a branding deal with the soft drink maker. This Ferris Wheel is located near a number of tourist attractions such as Madame Tussaud's wax museum and the Orlando Sea Life Aquarium. As of 2016, the Orlando Eye is the largest Observation Wheel in the United States. 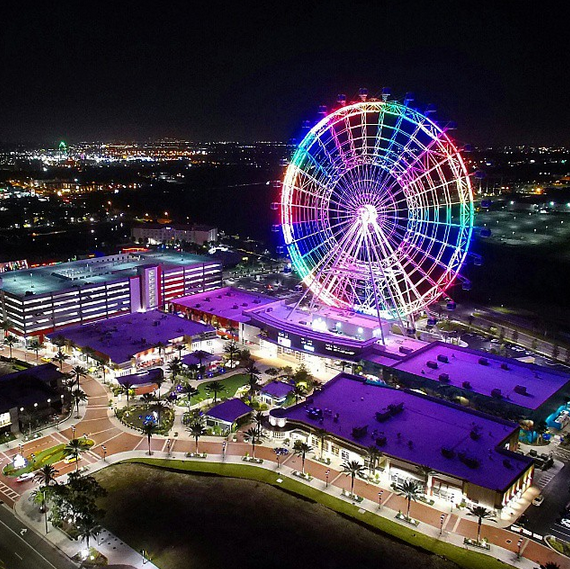 A view from inside one of the Eye's pods 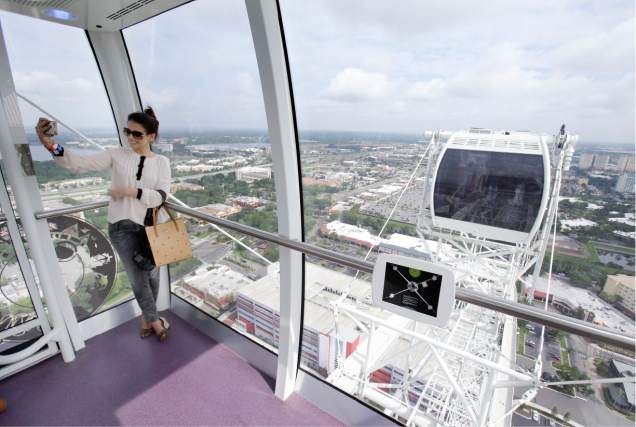 A view of Orlando from the top of the Eye 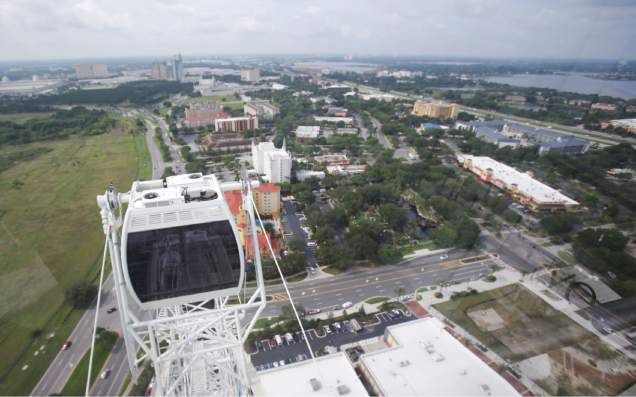 The origins of the project began in March of 2011, when developers first began the planning process. The County Commissioners office approved construction the following year, and believed that the Ferris Wheel would support their efforts to bring more traffic to International Drive. Minor setbacks pushed back the original plan for a grand opening in January 2013 to Thanksgiving of the following year. Additional delays led to two more planned openings that were rescheduled, the first being in April of 2014. Finally, on May 1, 2015, the Orlando Eye had a soft opening following by a grand opening for the public on the 4th of July.