The Silver Memorial Bridge was constructed in 1969 to replace the original Silver Bridge. The original was built in 1928 to connect the towns of Point Pleasant, West and Gallipolis, Ohio. The bridge collapsed on December 15, 1967, resulting in the deaths of 46 people. Investigations determined that the bridge collapsed due to a structural flaw and increased strain by heavy traffic. The loss of the bridge created a significant financial loss to both communities, and the government rushed to build a new bridge in nearby Henderson as a result. The 2,800 foot long, four-lane bridge was opened on December 15, 1969.

Wreckage of the Silver Bridge. 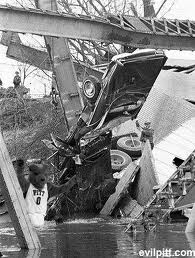 The original Silver Bridge Prior to collapse.

The Silver Memorial Bridge was built as a replacement in 1969. 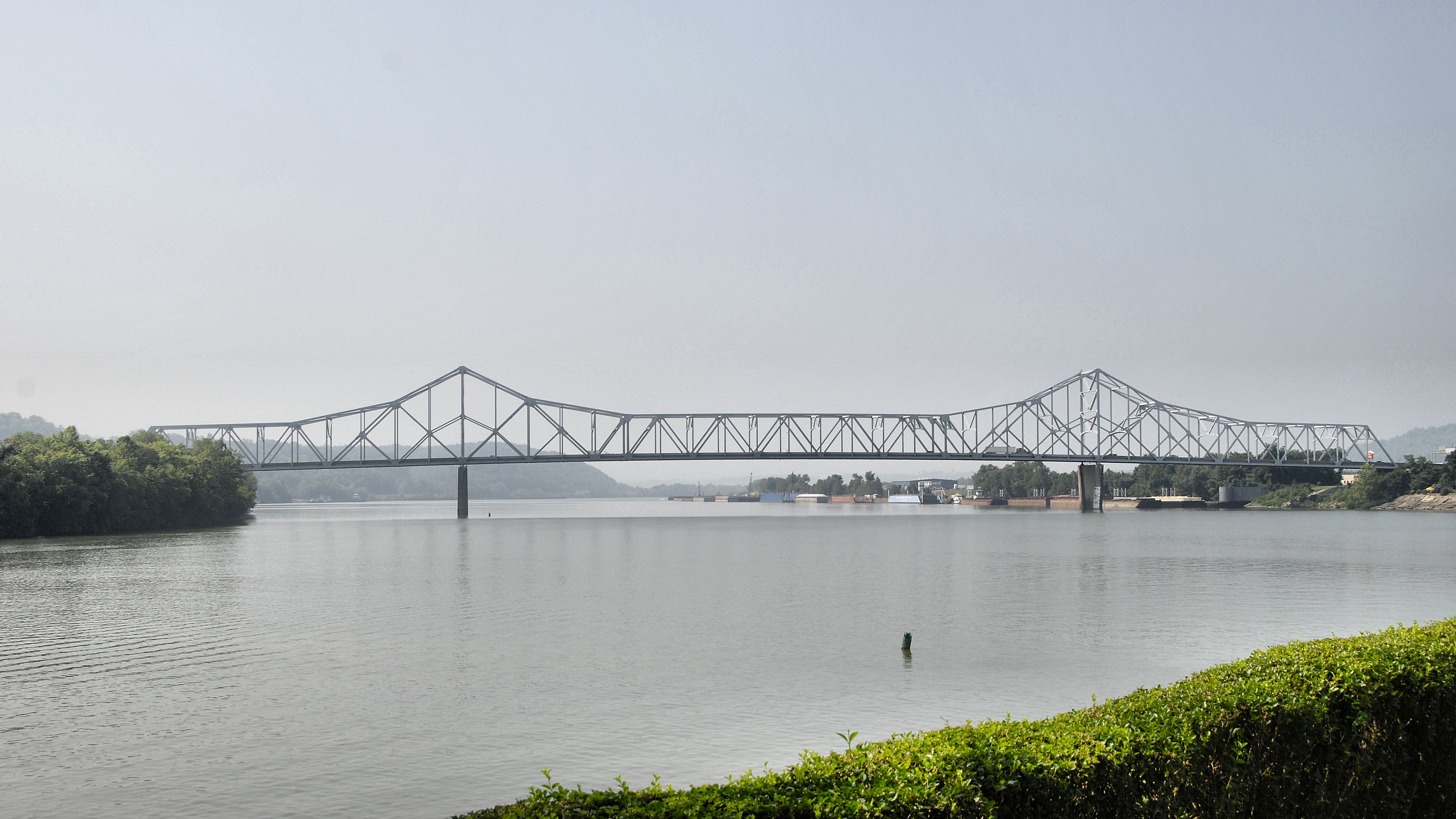 Constructed in 1928 to alleviate the need for ferries and long drives, the Silver Bridge saw constant and increasing traffic for its 39-year lifespan. The increasing stress on the bridge came to a terrible fruition on the evening of December 15th, 1967 when the bridge suddenly collapsed while carrying Christmas season rush of traffic. While eyewitness testimony places the time for collapse as anywhere from a few seconds to a full minute, when it was all done the entire bridge was in the water along with the vehicles that were on it. Many people were able to swim to safety or were pulled out of the water by rescue workers who arrived minutes after the disaster. Forty-six total people drowned and nine were seriously injured (LeRose, 5-8)

Thousands of pounds of wreckage had to be dredged and was placed in a nearby field for investigation. After the initial panic at the blockage of the river preventing trade wore off, responders started photographing wreckage as it was removed. This was vital for being able to properly reconstruct events. Many causes were investigated for the collapse but eventually the groups investigating determined the bridge collapsed due to a flaw inherent to the design of the bridge combined with regular structural stressors. This resulted in one of the eye-bars giving way. This was all aggravated by the fact that the construction of the bridge made a full inspection of certain aspects of the bridge impossible. This, combined with the steadily increasing size of cars and the amount of traffic crossing the bridge eventually resulted in collapse (Petroski, 154-160).

In the aftermath of the investigation and the discovery of the flaws of the design, several steps were taken. A similar bridge further up the river at St. Mary’s was immediately closed for traffic and demolished in 1971. Another bridge built in Brazil using the same design as the Silver Bridge was used until the 1990s due to being built to a higher safety standard. The collapse of the Silver Bridge also inspired legislation requiring the proper maintenance and regular inspection of all bridges to guard against wear-induced collapse, and greatly increased general knowledge of engineering aspects such as corrosion fatigue and fractures.  It also led to a general effort to replace older and aging bridges with more modern, proven designs. (LeRose, 20-21).

The collapse of the Silver Bridge left an indelible mark upon the town of Point Pleasant. Its loss cost the community $1 million a month, pressing the federal government to rush construction of a new bridge. The Silver Memorial Bridge was built a mile and a half south of the original, in the nearby community of Henderson. It opened on December 15, 1969, two years after the collapse of the original.

LeRose, Chris. “The Collapse of the Silver Bridge”. West Virginia Historicy Society Quarterly, v. XV, n. 4, 10/20. This article by Chris LeRose explores the timeline of events up to and since the collapse of the Silver Bridge along with an exploration of immediate response to the incident. LeRose also examines the long term impact of the incident, including on the town of Point Pleasant and in terms of legal and inspection practices related to bridges. Petroski, Henry. To Forgive Design: Understanding Failure. (Cambridge: Belknap Press, 2012). Petroski's book is an examination of the process and impact of design failure, exploring the ways in which failed designs come about, are discovered, and the impact they have. The Silver Bridge collapse is one of many incidents covered in the book, and in exploring it Petroski explores how the collapse of the Silver Bridge had an impact on existing and future projects at points around the world. Image by Scott Stewart - originally posted to Flickr as Day 10: The Silver Memorial Bridge, CC BY 2.0, https://commons.wikimedia.org/w/index.php?curid=10743243