This state park holds the Gregory House. A mansion built in 1849, the Gregory House was owned by a planter named Jason Gregory. The Civil War brought an end to the house's run, however. Jason Gregory moved during the war, therefore the house had no one to take care of it causing it to deteriorate. Torreya State Park renovated the house in the 1930s.

Although no Civil War battles took place in Torreya Park, Confederate soldiers resided within the park and were prepared to fight. 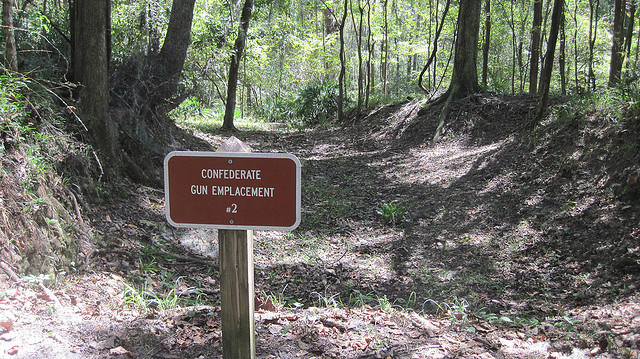 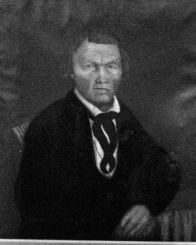 Overview of the park 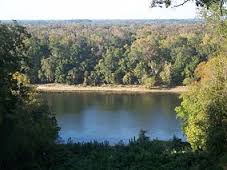 This park was the home of 200 Confederate soldiers during the Civil War and has rich Floridian history imbedded into the grounds of Torreya. There are Confederate history all around the park. For example, there is a Confederate barracks and bridges used by soldiers during the Civil War. This park is also one of the first national parks of Florida open to the public in 1935. The Gregory House shows that slavery played a big part in Floridian society during the Civil War era. Almost all farmers had slaves to tend to the land and crops. Jason Gregory was no different and had slaves when living in the Gregory House in the mid to late 1800s. Hundreds of soldiers lived in this park, but an interesting fact about the Florida army was that it consisted mostly of farmers without slaves, which seems a little ironic. Because most Union invasions of Florida were defended, Confederate soldiers in Florida had a much different perspective of the war than the other Confederate states. They believed the South was winning the war when in reality they were not.

Cox, Dale. "The Gregory House at Torreya State Park - Liberty County, Florida." The Gregory House at Torreya State Park - Liberty County, Florida. N.p., n.d. Web. 03 Oct. 2016. This source is from a website that describes different historic sites around the Southern United States. This source provides information of the history of the Gregory house. It tells the story behind the plantation house and its previous owners. For example, the reason why it was falling apart was because after the Civil War, Jason Gregory fled and the house was not being properly taken care of. It was created to give a brief history of the old plantation house found in Torreya State Park. I will be using this to explain the importance and symbolism that the Gregory has to the civil war period in Florida. The article is from 2011. The reading level of this is low, meaning that anyone would be able to read it.

"Supplier of the Confederacy" N.p., n.d. Web. 03 Oct. 2016. This source is from a website with lessons on American history. It was posted in 2009, so it is somewhat old. The information in the article is used to give me background knowledge on Florida’s role in the Civil war was. It also describes the battles and the effects of the civil war on Florida and its surroundings. I will connect this knowledge with the history of the Gregory House to show how the two can relate. This source has a moderate reading level.

This source describes the racism and segregation in Florida throughout the state’s history. It talks about segregation in the schools, in the farms, and in everyday live of African-Americans. It also provides pictures illustrating the racism and segregation. I’m going to use this information and connecting the types of struggles that African-Americans dealt with in Florida with the precursor of slavery. And show that slavery still has its effects and consequences on society today.

This article describes Florida’s role in the Civil War. It starts off my explaining the factors that led to Florida’s succession from the Union. It then goes on to explain the effect of the Union blockade by President Abraham Lincoln on Florida. An interesting fact about Florida’s army was that it consisted of mostly small land farmer who didn’t own slaves. Florida had a different perspective of the war than the other Confederate states because most of the Union invasion of Florida were repelled, therefore Floridians believed the South was winning the war.

This website explains the reality of how slavery built Florida and how slavery started in Florida. The Spanish were the first to introduce slavery in Florida when conquistadors were exploring the new land. It goes on to explain that African-Americans built Florida not just through labor, but also through culture and art that they brought.

Open every day from 8 AM to sunset.