Ruby Falls is an underground waterfall that was found by Leo Lambert and his team in 1928 below the surface of Lookout Mountain in Chattanooga. At 1,120 feet deep, it is the deepest, most visited cave waterfall in the country (the waterfall itself is 145 feet tall). Leo Lambert named the falls after his wife, Ruby, and made the area a public attraction in 1930. The site consists of the caverns, waterfall, and cavern castle building, whose most prominent feature is the 50-foot tall tower housing the elevator that takes visitors down to the waterfall. It has since been registered in the National Register of Historic Places and has been a very popular place to visit. There are guided tours of the underground waterfall area, as well as some history and information about the caves. 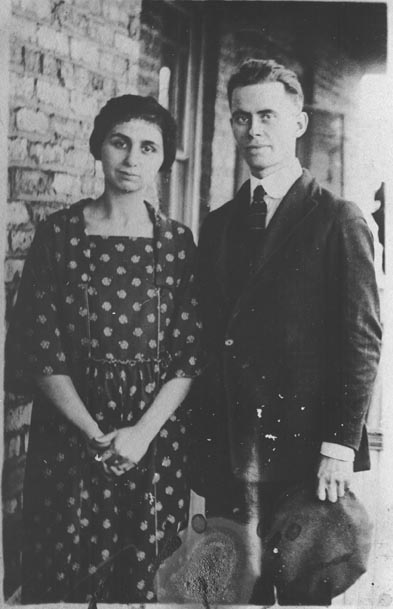 The Ruby Waterfall is 145 feet tall and is the deepest visited waterfall in the country. 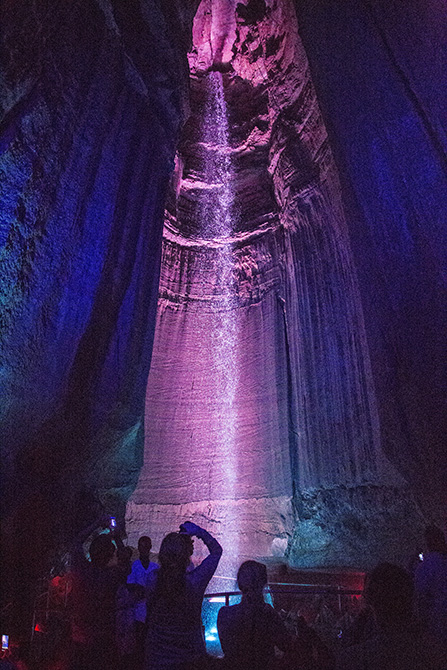 The Cavern Castle was built using rocks dug up from the elevator shaft. Photo: Oydman, via Wikimedia Commons. https://en.wikipedia.org/wiki/Ruby_Falls#/media/File:RubyExt2.JPG 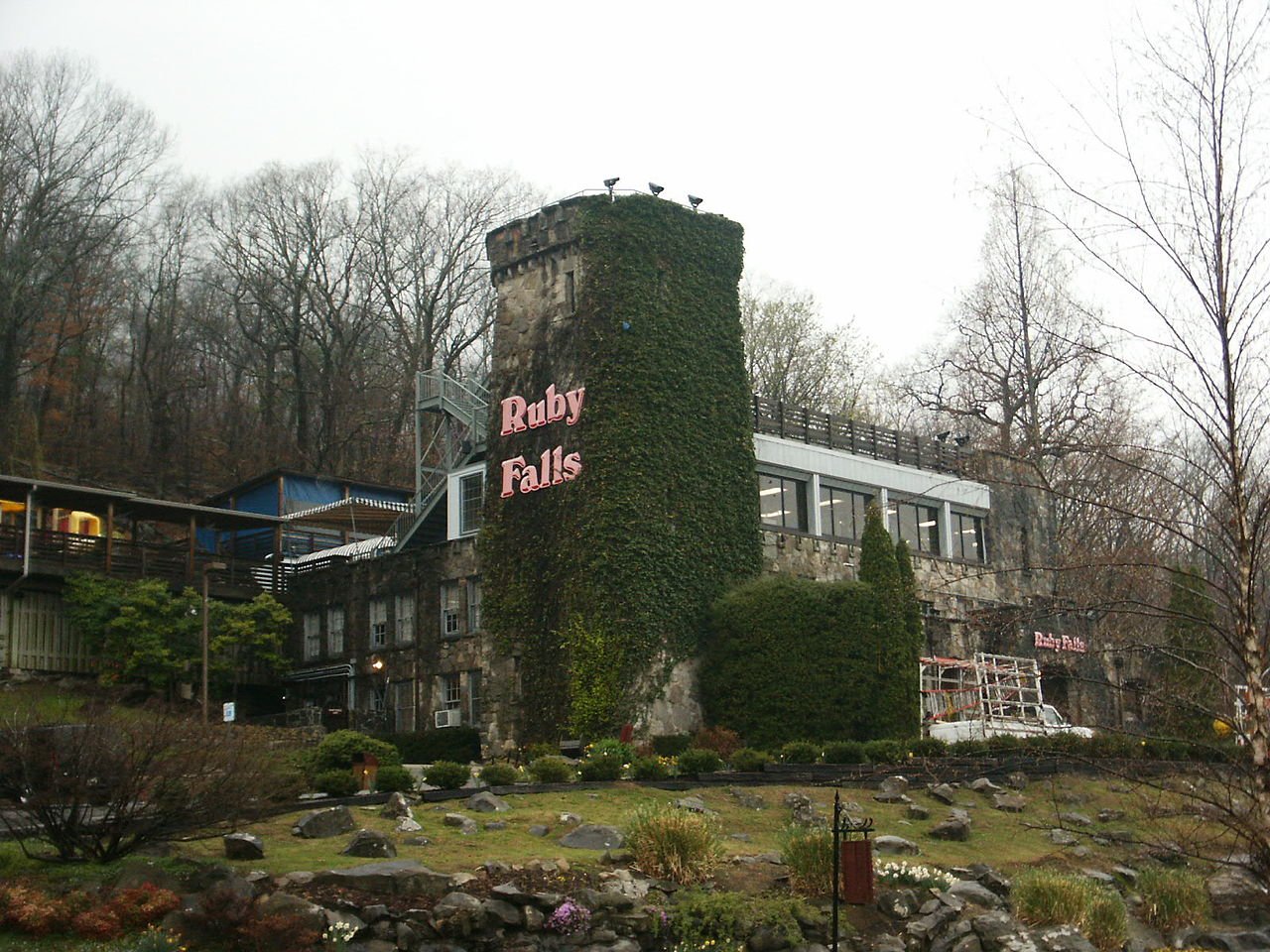 By the time the cave opened to the public, the tourism industry to this part of the state had been well established. The arrival of railroads to Chattanooga in 1850 started to bring in tourists, who would later be able to go access Lookout Mountain in 1860 with the opening of a toll road and hotel. They were able to reach the top beginning in 1895 thanks to an incline railway. Tourism continued to grow in the coming decades but it really took off after WWI when a thriving economy gave people more free time and prosperity. This was the context that allowed Leo Lambert to open the caves in 1929.

Interestingly, Lambert found the waterfall by accident when he dug into the mountain looking for a suitable place for an elevator shaft. He was forced to look for an alternative entrance because the original entrance was sealed due to railroad construction nearby.

Ruby Falls is not only an environmental historical landmark, but it is also devoted to keeping the environment clean by using renewable energy. There is an array of solar panels built for Ruby Falls that produces 16,000 watts of electricity for all of the appliances used. There has also been an effort to reduce the greenhouse gas emissions by changing the types of light bulbs that are used, as well as changing the timing and duration of lighting.