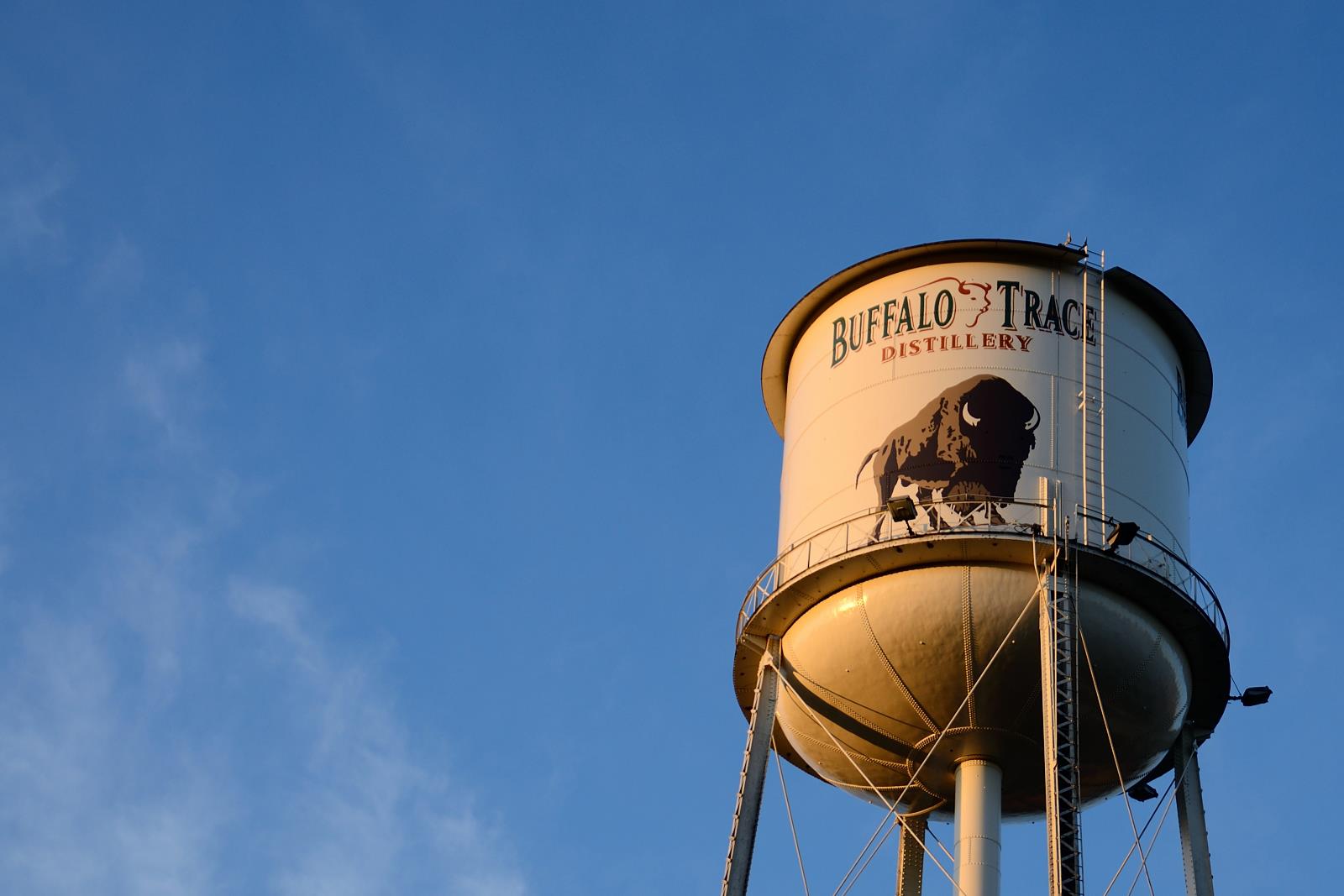 The Buffalo Trace Distillery, formerly known as the George T. Stagg Distillery and the O.F.C. Distillery, is located in Frankfort, Kentucky. It is primarily known for its bourbon, although it also produces rye whiskey and vodka. The distillery is a sprawling 130 acres and features architecture spanning 4 centuries. It is currently owned by the Sazerac Company, the largest distilling company in the United States.

In addition to Buffalo Trace, the Sazerac Company also owns the Barton Brands distillery in Bardstown, Kentucky; the former Glenmore Distillery in Owensboro, Kentucky); and the A. Smith Bowman facility in Fredericksburg, Virginia. The company claims that the Buffalo Trace facility is the oldest continuously-operating distillery in the country, and records indicate that distillation has occurred on the property since 1775.

"The Old Taylor House" is the oldest building on the property. It was constructed in 1792 by Commodore Richard Taylor. In 1812, Harrison Blanton erected the oldest distillery on the site. The distillery was purchased by Edmund H. Taylor in 1870 and renamed the Old Fire Copper (O.F.C.) Distillery. In 1878, George T. Stagg bought the O.F.C. Distillery, as well as the Old Oscar Pepper Distillery. Stagg renamed the facility after himself in 1904. Warehouses A and B were constructed in 1881, and are still extant today. A lightning strike in 1882 burned down the O.F.C. Distillery. Rebuilt the next year, its large mashing and fermenting wing (the "Dinkel Building") is still standing.

This distillery is notable for its many "firsts." After Stagg installed a steam heating system in 1886, it became the first climate controlled warehouse for aging whiskey in the U.S. The distillery produced Blanton's, the first single-barrel bourbon in the world. In 2000, it became the first American distillery to win the Whisky Advocate's "Distillery of the Year" award. Additionally, this distillery has the distinction of being one of the few allowed to produce and bottle whiskey (for medicinal purposes) during Prohibition.

The Sazerac Company purchased the distillery in 1992, rechristening it as the Buffalo Trace Distillery in 1999 following extensive renovations. Along with the flagship product, Buffalo Trace, the distillery produces numerous other spirits. Visitors to the distillery are invited to taste the products produced on site, browse the gift shop, and explore the property in various tours that cover different facets of whiskey production. The focus of the tours range from history, to bourbon crafting, to ghost hauntings.