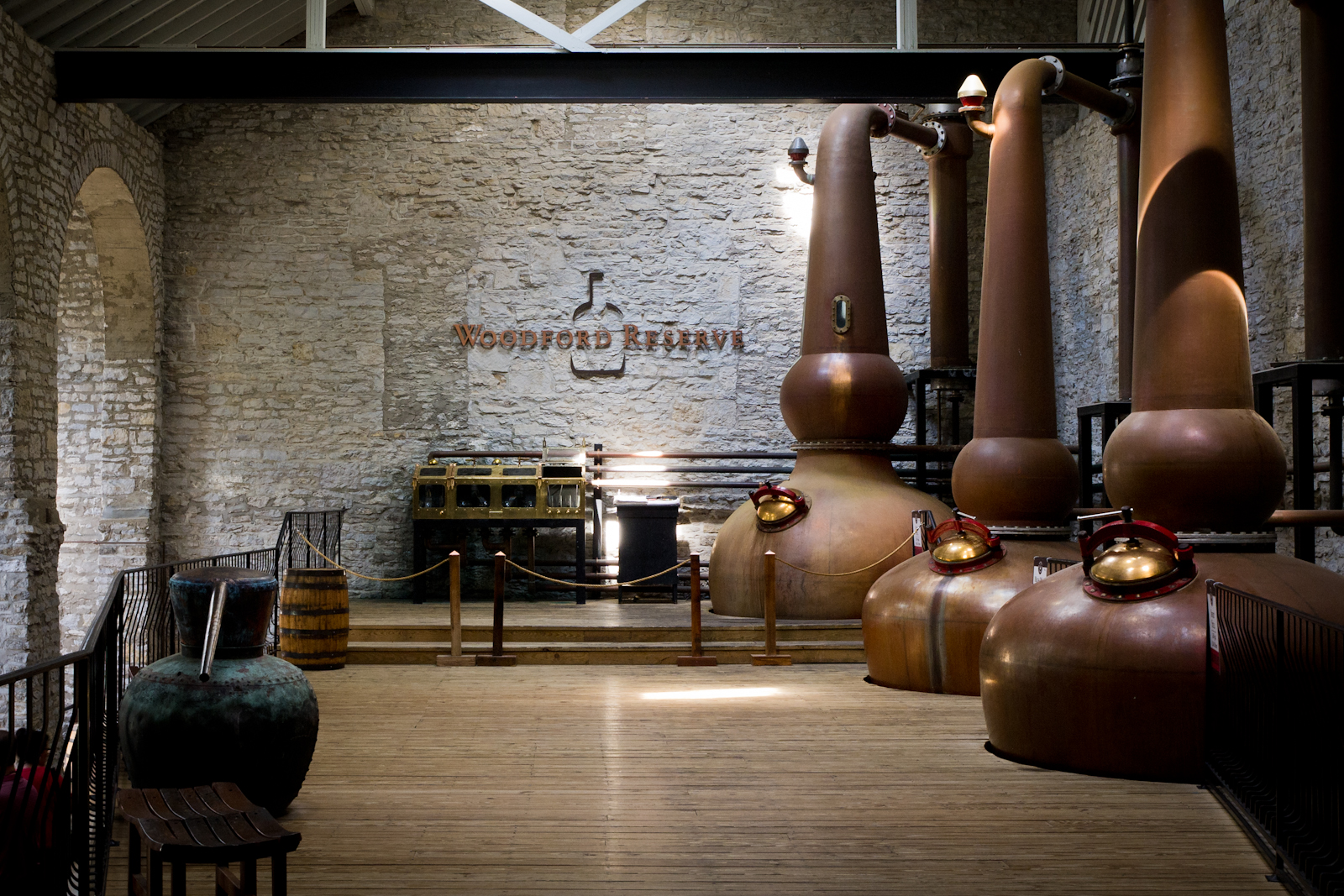 Originally known as the Old Oscar Pepper Distillery and later the Labrot & Graham Distillery, the Woodford Distillery is located on one of the oldest distilling sites in the state of Kentucky. It located about 8 miles away from the city of Versailles. The distillery building dates back to 1890, although the site has been used for distilling since 1780. It is the oldest Kentucky distillery currently in operation, is listed on the National Register of Historic Places (added 1995), and is designated as a National Historic Landmark (2000).

In 1878, the Pepper family sold the property to Leopold Labrot and James Graham. Labrot and Graham operated the distillery until 1941, though it was not open for production during Prohibition. The distillery and its products are now owned by the Brown-Forman Corporation, who operated it until 1968, sold the property in 1971, and re-purchased it in 1993. Three years later, the Woodford Reserve brand entered the market.

The Woodford Distillery houses a 500-foot-long gravity-fed barrel run, iconic copper pot stills, and 100-year-old cypress wood fermenters. Additionally, it also features one of the few heat cycled barrelhouses in the world. Visitors are invited to view the only copper pot still and triple distillation process used to handcraft Bourbon. Educational distillery tours are available on most days.