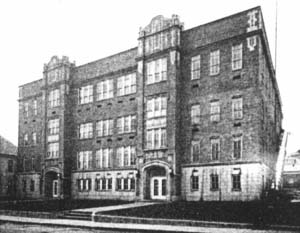 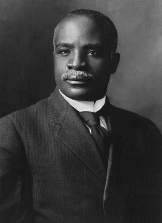 The original school for African American students in Harrison County was established in 1866 when the state law to establish free schools for black and white students was passed.

"In 1867, the Freedmans Bureau donated $200 to purchase bricks for the school.  In October 1867, the Clarksburg independent District Board of Free Schools purchased a lot near the IOOF cemetery on West Main Street from Ira W. Hart.  In May of 1868, Ira Hart was selected to build the first school, with final costs mounting to $1417.17."1

The school opened in 1870, but due to growing enrollment and need for more staff the school was moved to a new location in 1902.

Kelly Miller High School operated in this location from 1903 until the public school system was integrated in 1956, and it's student body was absorbed into other public high schools. Kelly Miller High School was recognized throughout the state of West Virginia for having strong academic and athletic programs. The school added a gymnasium and auditorium in 1919, and also hired a local West Virginian, E.B. Saunders, as principal. Kelly Miller was certified by the North Central Association of High Schools and Colleges, and the graduates have excelled in professional, business, managerial, sports, arts and technical fields.

Kelly Miller, the school's namesake, was a prominent African-American mathematician, essayist, sociologist, newspaper columnnist and author. Born in Winnsboro, South Carolina in 1863, he became the first African-American to enter John Hopkins University. Later, he would become a professor at Howard University. Miller has been considered "The Bard of the Potomac."2

After the reunion of Kelly Miller High School in 1984, Kelly Miller alumni began the Kelly Miller Foundation in 1985. The Foundation provides opportunities for needy youth who want to further their education or seek vocational training.