Located at the corner of Broadway and Main Street, the Marion Block Building is one of the oldest structures in downtown Ocala and retains much of its original structure and appearance. Today it features a restaurant on the first floor, office space on the second and third floors, and a few small retail establishments on the 1st Avenue side.

Corner of Broadway and 1st Ave 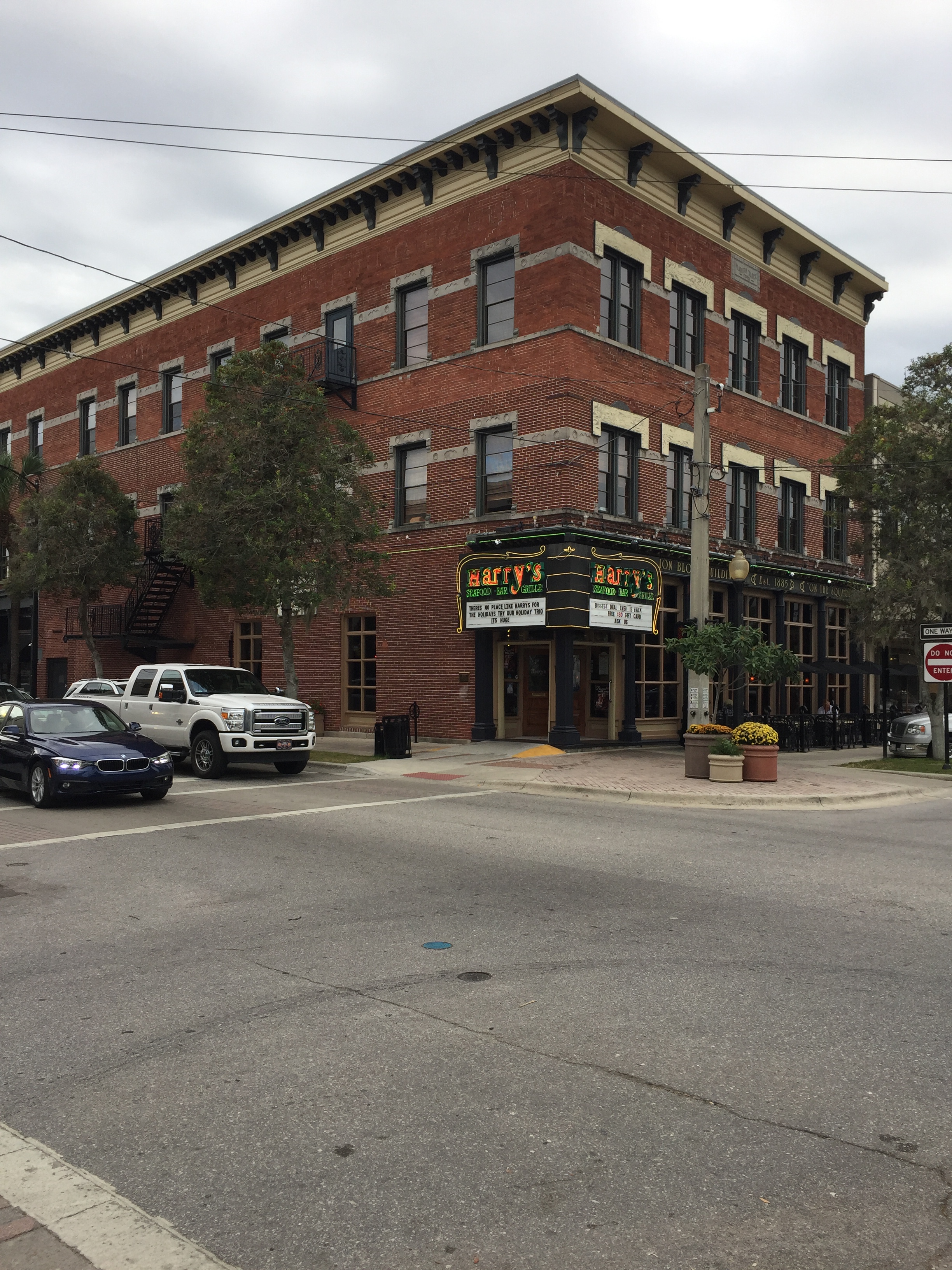 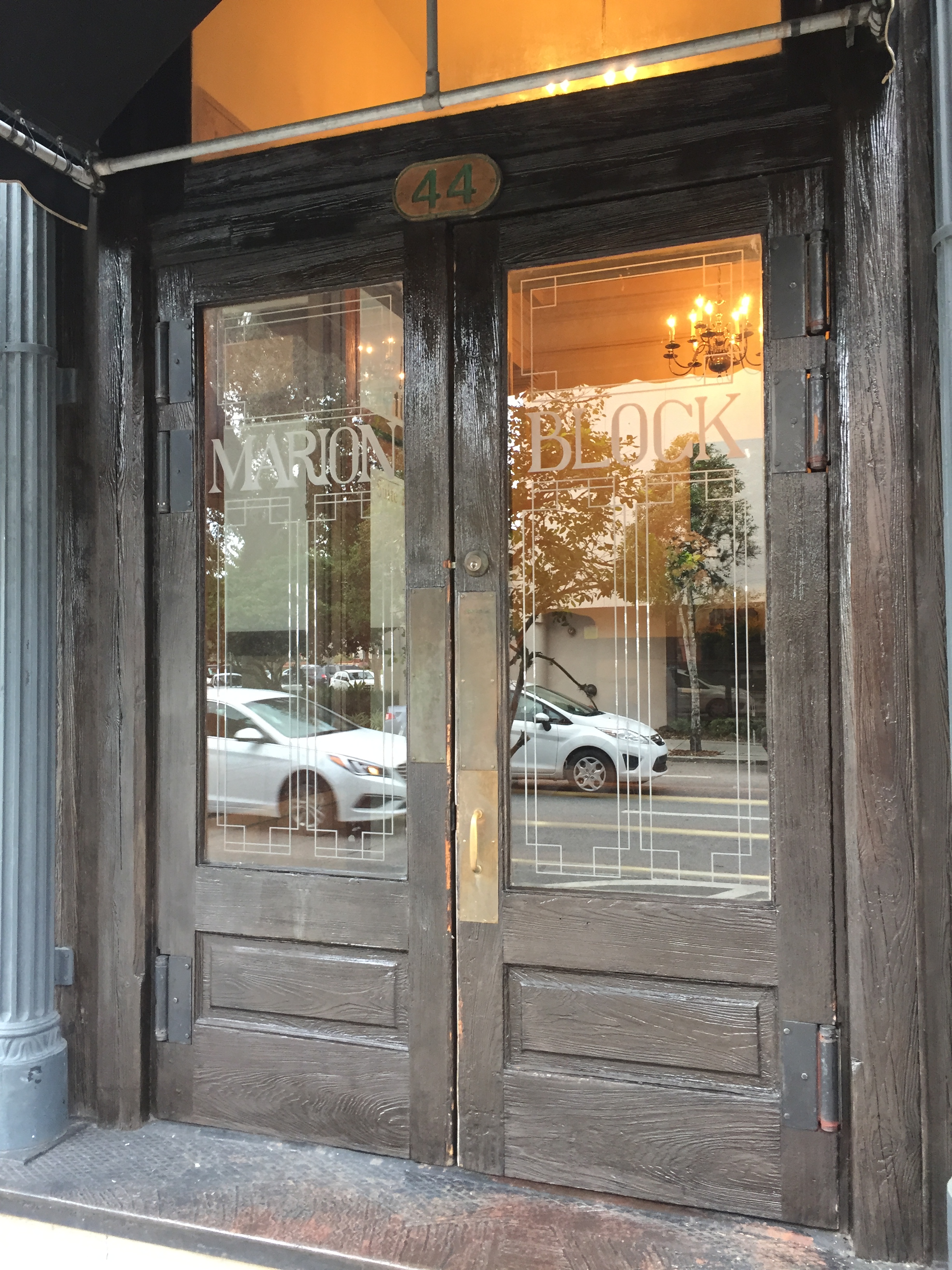 Plaque located on the 1st Ave side of building 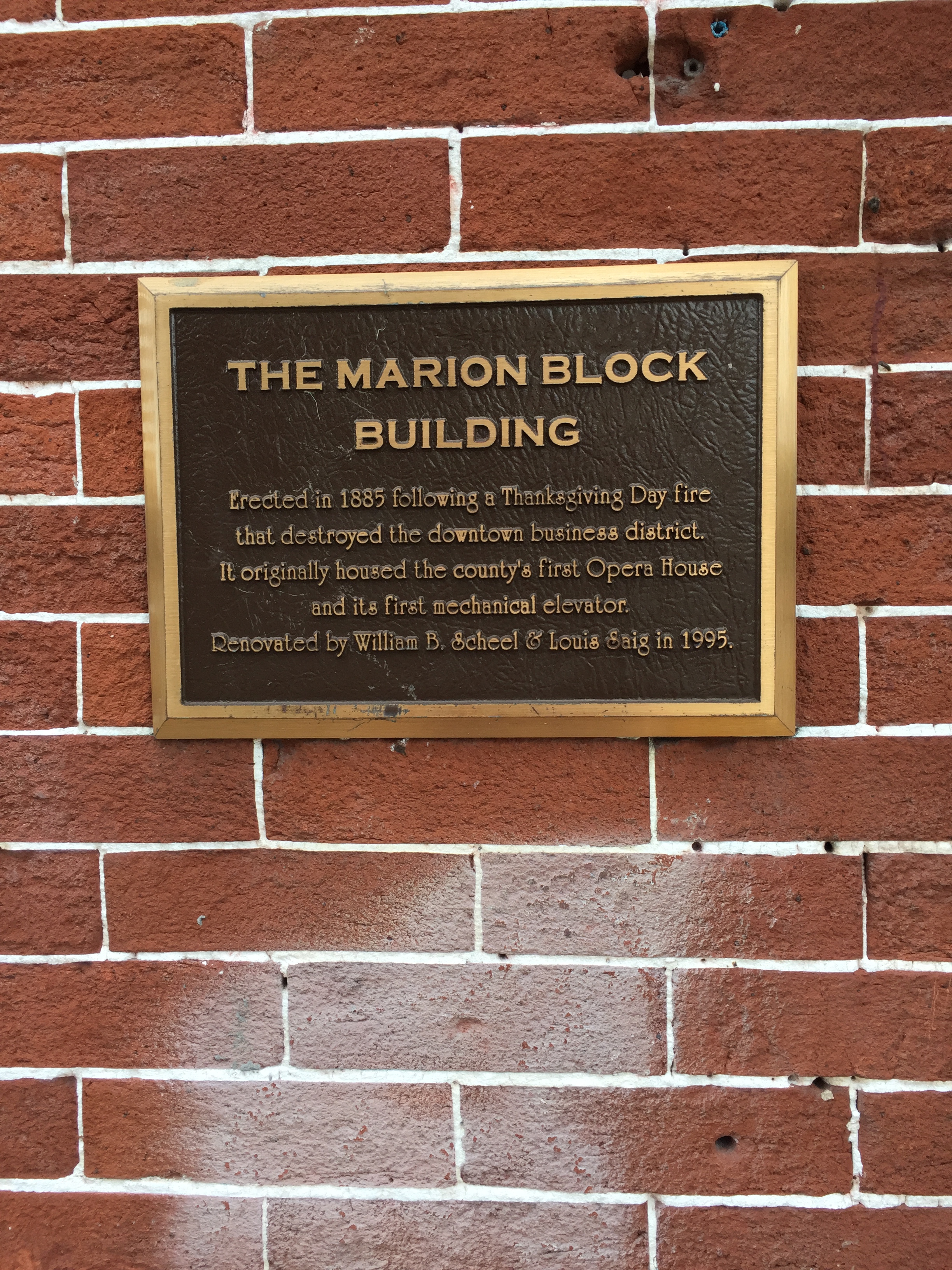 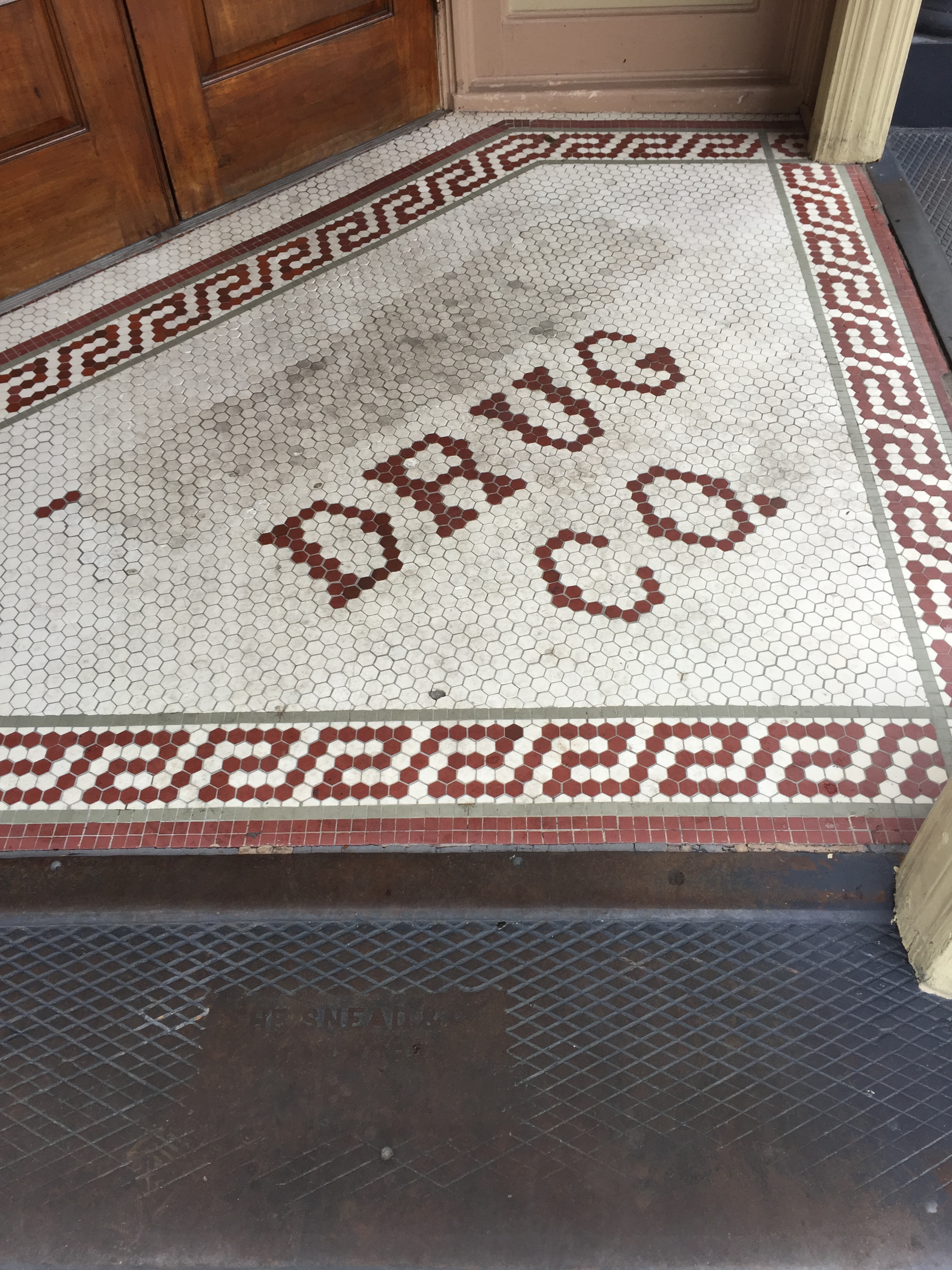 The building as it appeared in the late 19th century. 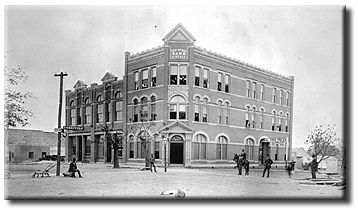 The Marion Block building was first completed in 1884, opening in 1885 with stores on the ground level, professional offices on the second floor and the Marion Opera House, with a seating capacity of 800, on the third floor.

On December 2, 1890, the National Farmers Alliance and the Industrial Union met at the Opera House during what would be a six-day nation convention. It was originally planned to be held in Jacksonville Florida but Jacksonville’s citizens were disinterested in hosting it and helping to defray costs. Fearing that the Alliance might be canceled, Robert F. Rogers, president of Florida’s Alliance Group, contacted John F. Dunn, the president of the Merchant’s National Bank of Ocala, asking if Ocala would be interested in hosting. Mr. Dunn immediately pledged $5,000 of his own money and promised Ocala would provide an equal amount. It was attended by eighty-eight delegates together with their families and other visitors.

The Marion Block building was sold in 1908-1909 and renamed the Holder Block. It housed a retail establishment, Nathan's, which was opened by Nathan Emanuel and Herman Kaminski. Nathan's offered dry goods, clothing, boots, and shoes. It was later purchased by Solomon Benjamin and Louis Fox.

In 1912, The Court Pharmacy located in storefront space on the Broadway side. Its slogan was "The Drug Store on the Square" and at its entrance had a mosaic floor which contained the words "Drug Store." The mosaic floor can still be seen today when entering Harry's Seafood.

By 1940, it had reverted back to its original name of Marion Block.