The Ribault Monument is part of the Fort Caroline National Memorial at the Timucuan Ecological and Historic Preserve in Jacksonville, Florida. It is located on one of the highest points in Jacksonville, at St. John's Bluff. Consisting of a single columnn, this 20th-Century monument is a reproduction of the original marker placed at the mouth of the St. John's River by the French explorer Jean Ribault in 1562. It represents the Age of Exploration, the Protestant role in the founding of the Americas, and a time in which Spain and France battled for control of Florida.

The Ribault Monument at the Timucuan Ecological and Historical Reserve. Image by Ebyabe - Own work, CC BY-SA 3.0, https://commons.wikimedia.org/w/index.php?curid=12779395 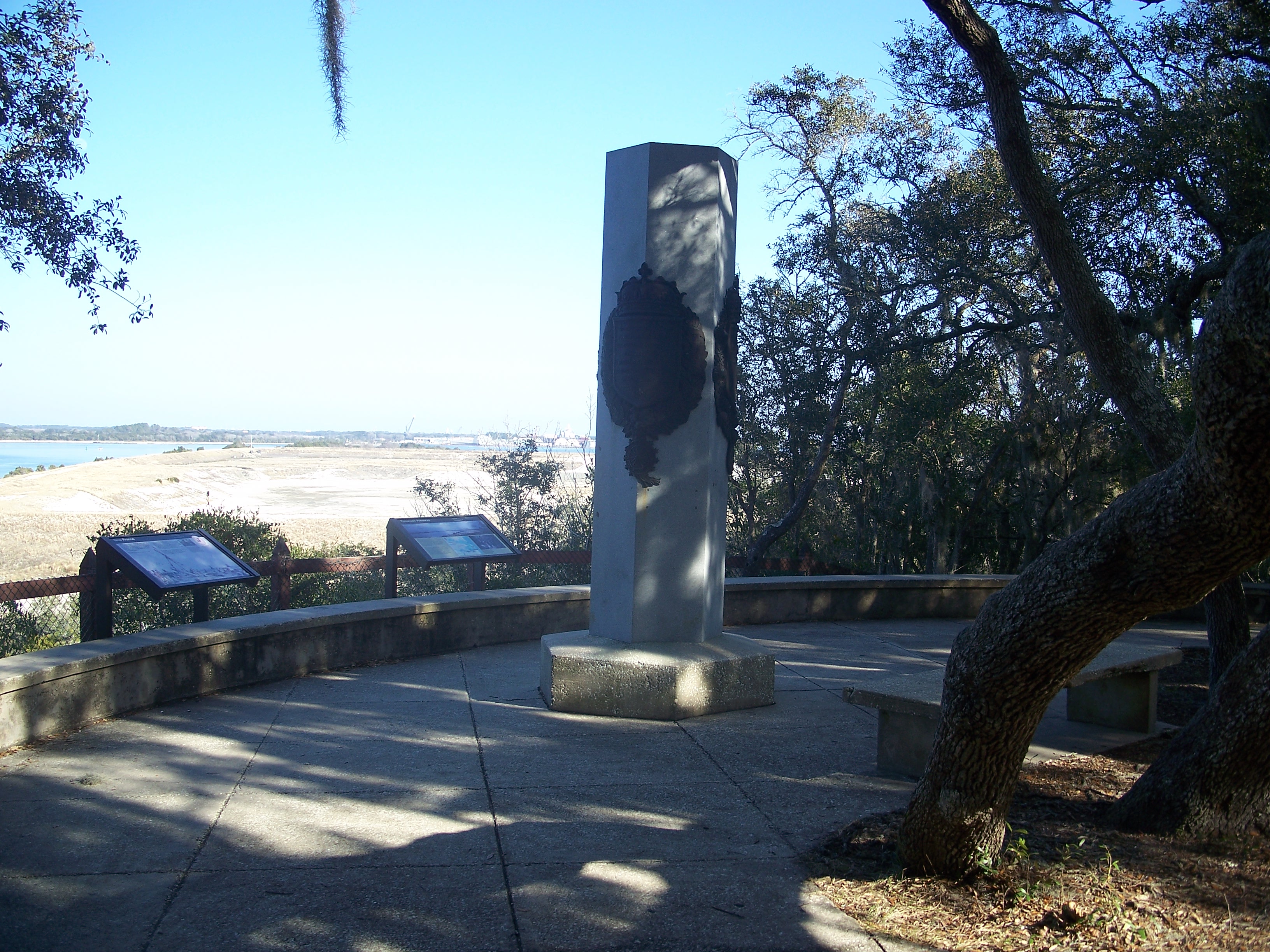 On May 2, 1562, French naval officer, navigator, explorer, and Huguenot Jean Ribault (1520 – October 12, 1565) placed a marker at the mouth of the St. John's River (formerly called the "River May"). Ribault was an important figure in the French attempt to colonize Florida. In 1562, he was sent by Admiral Gaspard de Coligny, with the approval of the Crown, to explore the American coast. Ribault was searching for a site which could serve as a French colony and as a refuge for the French Huguenots; the Huguenots were a branch of French Protestantism, heavily persecuted by the Catholics. After a three-month voyage, Ribault landed near the mouth of the St. John's river, made contact with the Timucuan indigenous population, and erected a monument that was to mark France's claim of the area. It was decorated with the coat of arms of King Charles IX.

Ribault then led an expedition to South Carolina, where he established the outpost of Charlesfort on Parris Island. The fort was quickly abandoned. Two years later, another expedition planned by Admiral Coligny led Ribault to take command of Fort Caroline in what is now Jacksonville. Ribault found the Timucan paying homage to the monument he had erected. This colony was better prepared than Charlesfort. It was initially populated with 200 soldiers, craftsmen, and a few women, but disease and starvation took a heavy toll on Fort Caroline. Ribault was ordered to acquire supplies and additional settlers, which alerted King Phillip II of Spain to the French colonial ambitions.

Philip II sent Admiral Pedro Menendez de Aviles to destroy the fort and expel the French. Menendez landed at what would become St. Augustine and established a colony there. Ribault learned of the Spanish expedition and sailed down the coast, intending to stop the Spanish. Their forces clashed, but the French ships were wrecked in a hurricane. He and his troops were forced to surrender. Ribault, along with 350 others, were killed as heretics near St. Augustine at a location now known as Matanzas ("massacres" in Spanish). This event would later result in the French pirate Dominique de Gourgues' successful attack and capture of Fort Caroline, which after the massacres was under Spanish control.

In the early 1920s, the Florida Chapters of the Daughters of the American Revolution decided to mark the location of Ribault's arrival in the New World, in order to honor the Protestant role in the colonization of the Americas, and to bring attention to the fact at Fort Caroline pre-dated the Plymouth Colony. Land was donated for the purpose of the monument's construction in 1924, and a new columnn was designed by Charles Adrian Pillars. The U.S. Post Office and the U.S. Mint both recognized Ribault's landing via a commemorative stamp and coin, respectively. The monument has since been relocated several times. The first move was after the U.S. Naval Station Mayport was built in 1941, which made the original site inaccessible. Ribault's monument was moved to its current location in 1958, and is now a part of the Fort Caroline National Memorial managed by the National Park Service.