Also known as the Old Escambia County Courthouse, this 1887 building should not be confused with an older building that also served as the city's courthouse before it was razed in 1938. This building served both as the county courthouse and customs office and post office as the city grew and the city government expanded, needing bigger spaces to operate. Today plans are to use the building house organizations such as the Arts Council of Northwest Florida and West Florida Historic Preservation. 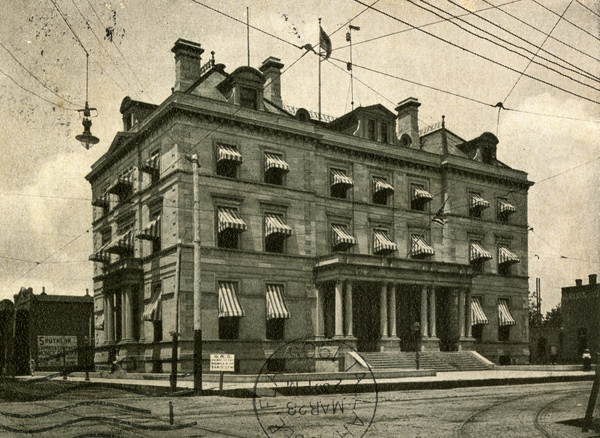 The original Customs House and Post Office building before the third floor balcony was added. Photo believed taken between 1850s-1860s. No one mourned the building's loss in the 1880 fire. 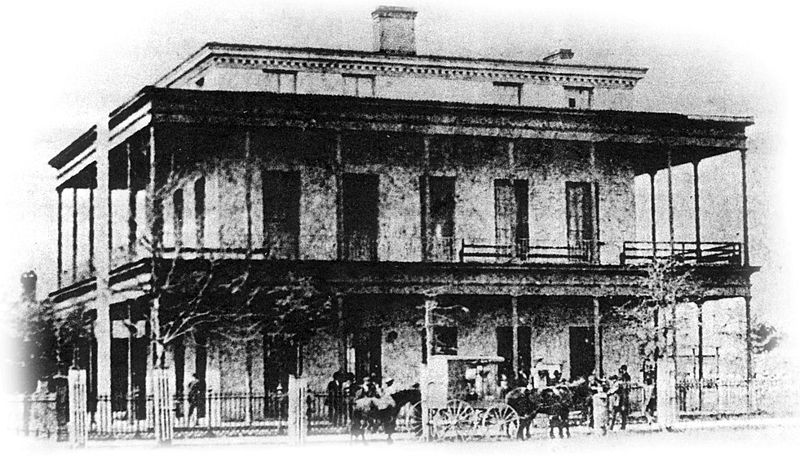 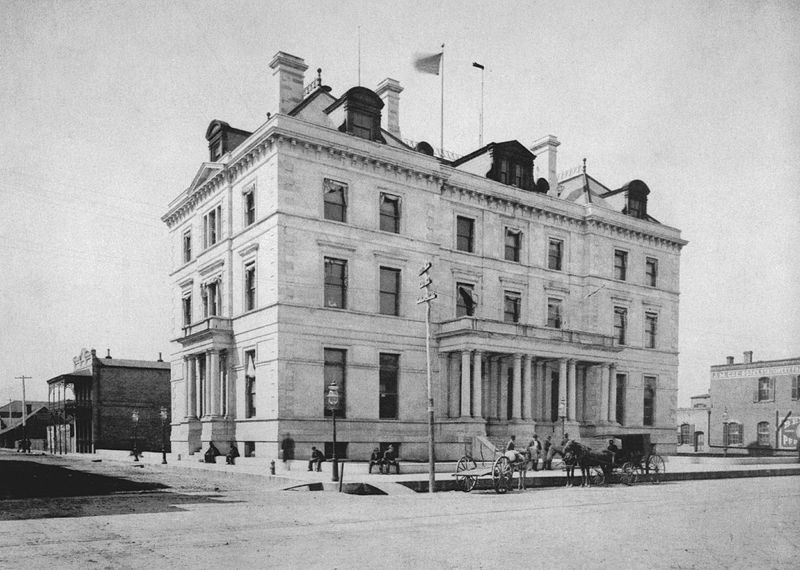 The Customs House and Post Office as it looks today 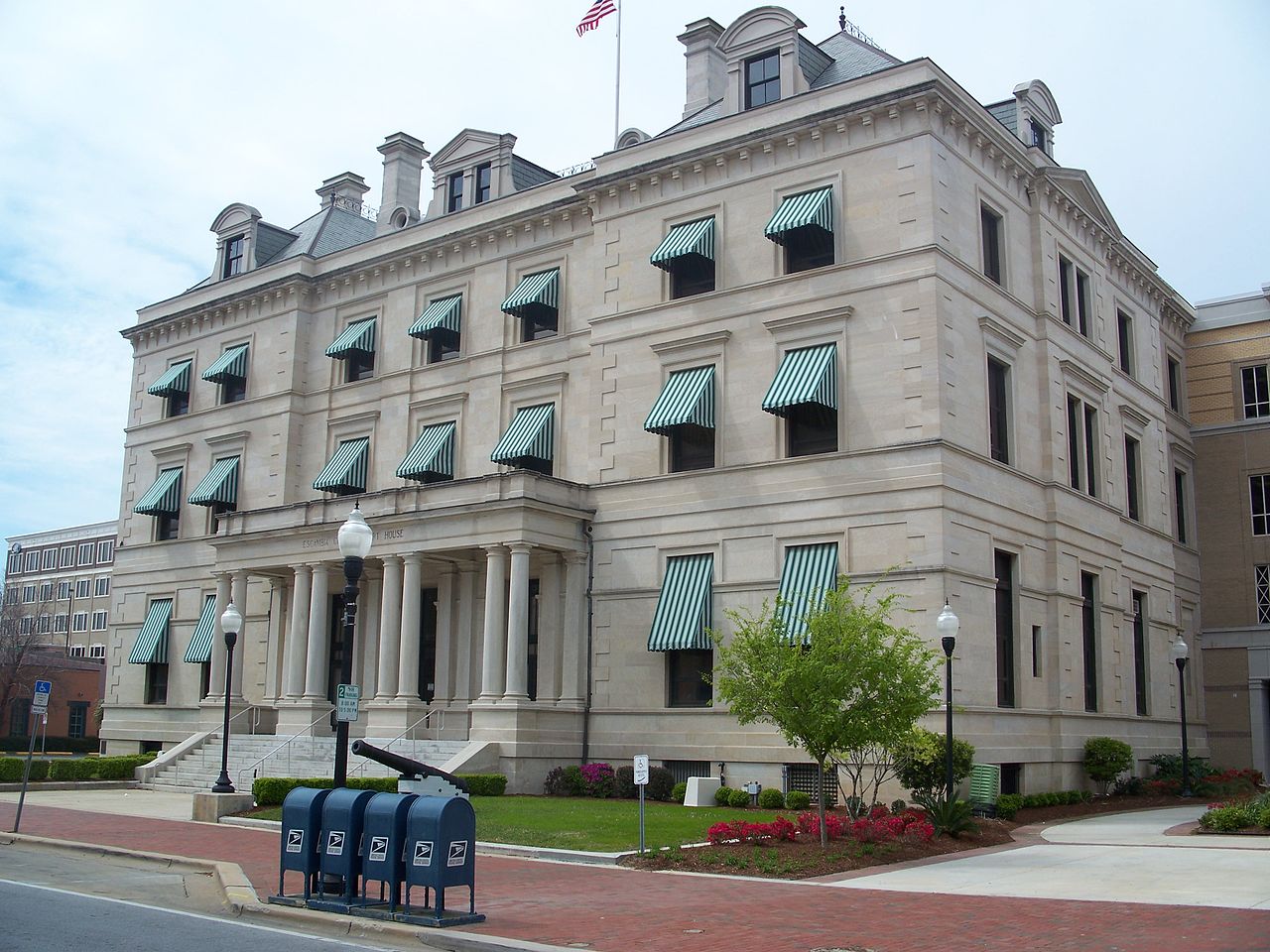 Pensacola and Escambia County came into American possession in 1821, yet no building was constructed for the local and federal governments to work in for over thirty years. When one was finally constructed in 1854, the three-story wooden building was criticized by most all residents and people were content when it was destroyed by a fire in 1880. To replace the much-hated building, immediately plans were made for a four-story, limestone building. When an underground water flow site was discovered during work in the foundation, cotton bales were used to soak up the water and the foundation built around the cotton. The building was completed in 1887. The first floor had the post office, the second floor had the customs offices and the third and fourth floors held the federal courts.

As the 1930s came, Pensacola's and the federal governments needed bigger places to operate out of more sufficiently. The then existing county courthouse was razed so that a bigger building could be built. The county took over this building so that the new building being constructed would house the post office and courthouse. When the new Post Office and Courthouse was completed in 1939, the customs building held onto the county and clerking offices. The now old Customs House and Post Office is still operation, still maintaing the county and clerk offices, with expansions made in the 1950s and 1970s.

In 2008 the first of two renovating phases began. Plans were to use the upper floors to house the Arts Council of Northwest Florida and West Florida Historic Preservation, however, the state suspended historical grant funding so renovations have paused.