Pensacola's first high-rise and first building to contain a modern elevator, the building was named after the Danish sailor who became stranded in Pensacola having contracted yellow fever. Christian Theisen, however, recovered, and conceived of this building. Considered a risky venture, it proved to a success. Home to a retail store and professional offices, the building was used heavily until 1970s. The building was also notorious for having the flag of Denmark flying proudly over it. 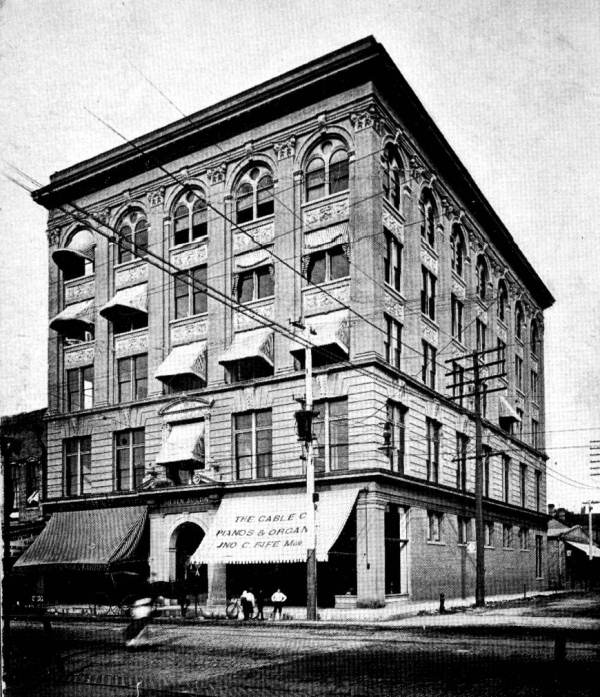 The Theisen Building as it looks today 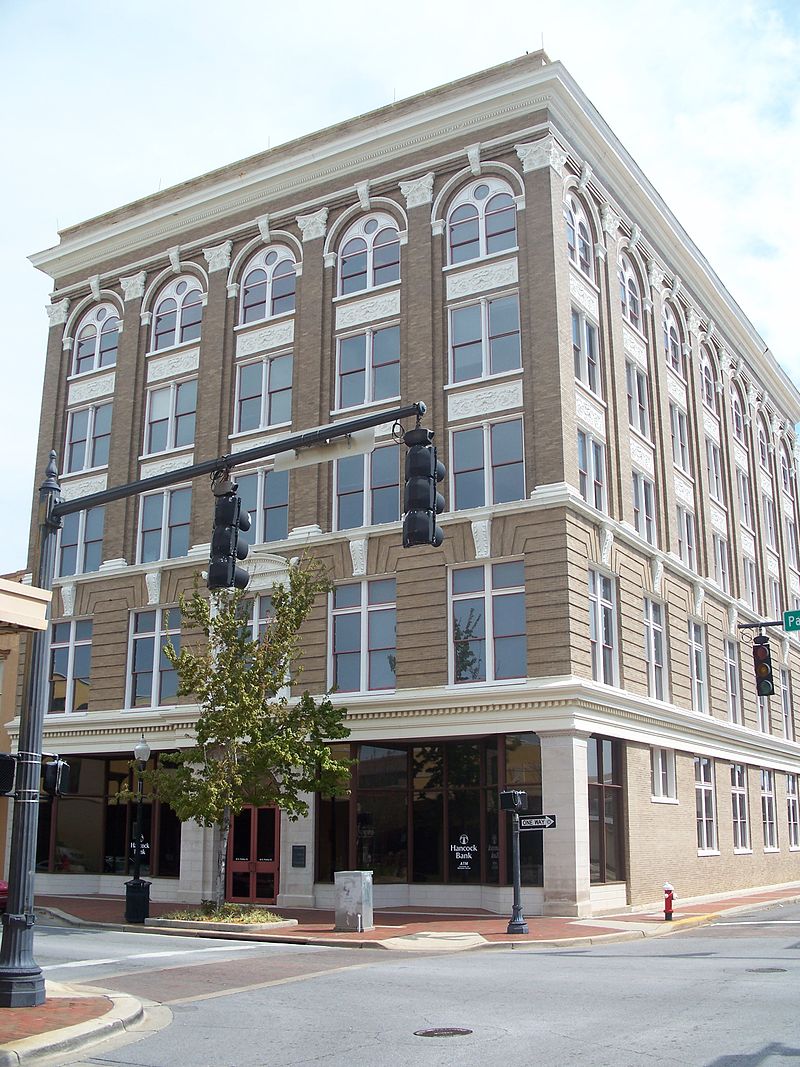 In 1882, Christian Theisen, native of Denmark, contracted yellow fever after the ship he was stationed on docked in Pensacola. Left in Florida, Theisen stayed in Pensacola upon his recovery. He found a job working in a local saloon. However, the owner died in 1884 from the same fever Theisen had just recovered from. Theisen went on to marry the saloon's widow and became the owner of the saloon. His wife, Emilie Lehnkuhl, died in 1900 and soon remarried to Effie Lee Mitchell, followed by his gaining citizenship in 1902.

Wanting to move on to bigger things, Theisen had a high-rise in mind and had one constructed. As it was being constructed, residents told him it was too risky and began to call it "Theisen's Folly." However, he proceeded on with it and the building was completed in around the time he achieved his citizenship. The building was designed by the Atlanta architectural firm of Morgan & Dillon, and constructed by Pensacola contractors Wills & Broughton. This "Folly" became a huge success after it housed a retail store and professional offices. To help its success were the facts that it was Pensacola's tallest building and had modern elevators.

During this time as well, he was threatened with losing all his assets if he kept the venture going. To fight back to those that issued such threats, Theisen had the Danish flag flown over the building until his death on April 1, 1934. He is buried in St. Michael's Cemetery.

The building was in use until the 1970s. From that point on until 1992, it fell into disrepair and was vacant. In 1992, businessman Ray Russenberger purchased and renovated the building to provide offices for his paging company Network USA. He restored the exterior to its original 1901 design.