Founded in 1967 as the Air Progress Museum, the Museum of Alaska Transportation features artifacts, photographs, automobiles, aircraft, trains—and even Eskimo skin boats—on display, showing how Alaskans have transported themselves and goods from pre-contact times to the present. These modes of transportation have been instrumental in Alaska's growth and development and the museum is dedicated to preserving this history.

The Museum of Alaska Transportation Photo by: Jeffrey Beall, via Wikimedia Commons. https://commons.wikimedia.org/wiki/File:Museum_of_Alaska_Transportation_and_Industry.jpg 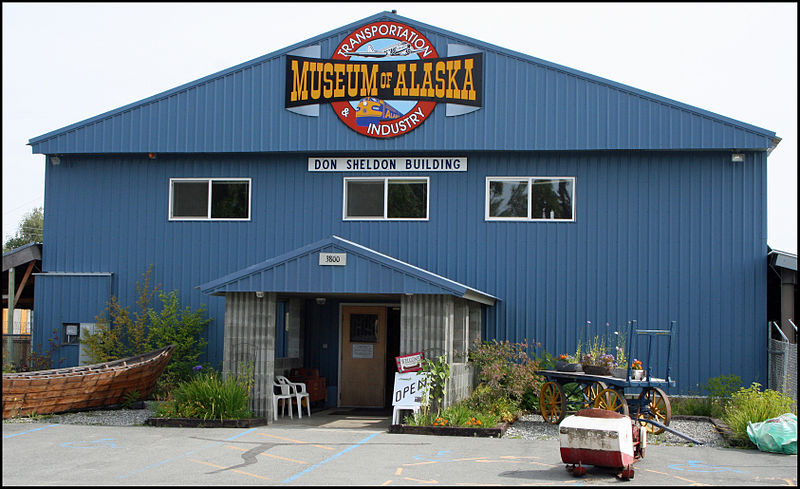 When the museum opened it was actually a "rolling" one on six train cars, collectively called the Centennial Train, after the anniversary of Alaska's purchase from Russia. Unfortunately a fire in 1973 destroyed and severely damaged many of the artifacts and aircraft. However, a new museum opened next to the Alaska fairgrounds with the hope that it would be incorporated into the state fair. This did not happen, however, but the museum did grow with the help of state money in the 1980s. It moved to the current location in 1992.

"Giving a Future to Alaska's Past Since 1967." Museum of Alaska. Accessed September 15, 2015. http://www.museumofalaska.org/visit-us.html.