Museum of Arts and Sciences

Located just outside of downtown Macon and founded in 1956, the Museum of Arts and Sciences focuses on art, cultural and ethnic history, and science and technology. As a community museum, the facility includes a variety of exhibits, interactive displays, and collections, all with the goal of acquiring, preserving, studying, interpreting, and exhibiting objects of artistic, scientific, historical, or cultural value that have inherent significance to the people of Central Georgia. The Museum of Arts and Science features both permanent and rotating exhibits, a Discovery House with hands-on activities, live animal habitats, the Mark Smith planetarium, an observatory, nature trails, a garden, and much more. Furthermore, visitors can discover new exhibitions focusing on arts, sciences, and humanities every four to six months. Over 100,000 people (and 25,000 schoolchildren) visit the Museum of Arts and Sciences every year, and the museum is accredited by the American Alliance of Museums and is a Smithsonian affiliate. It is also Georgia's largest institution devoted to the arts and sciences.

Museum of Arts and Sciences Macon 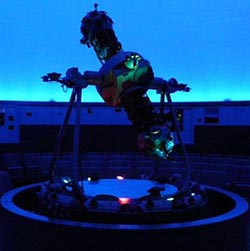 Hands-on activities in the Discovery House 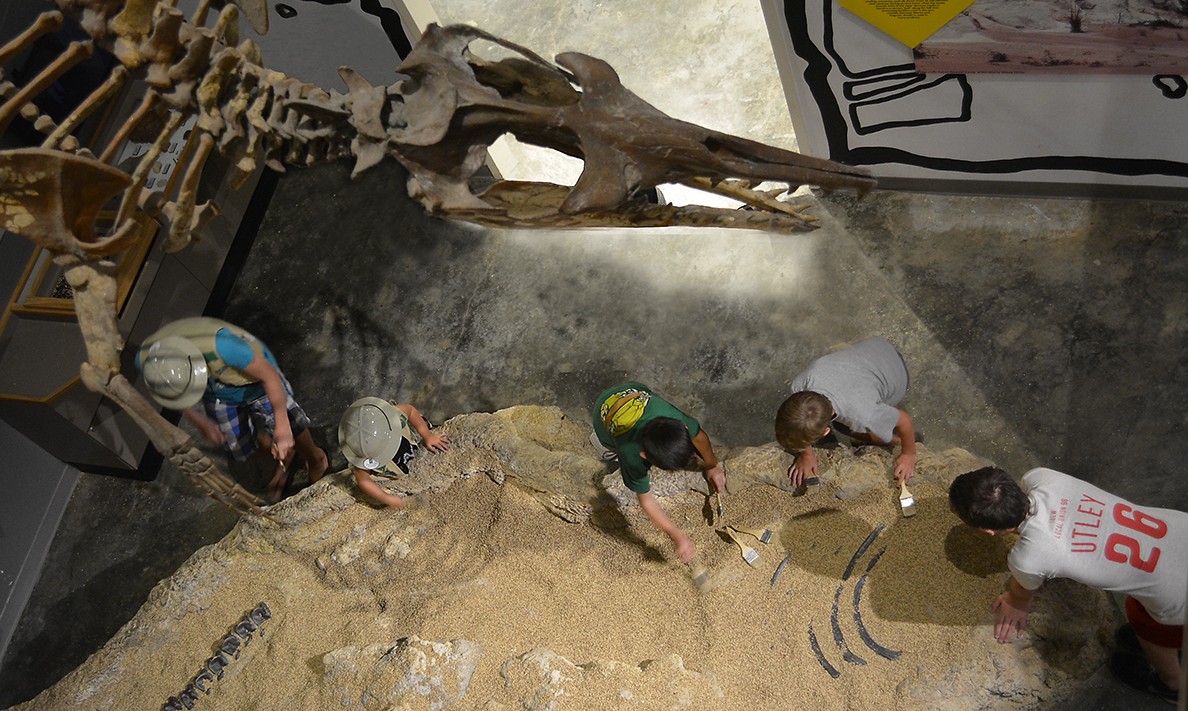 Interior of the planetarium 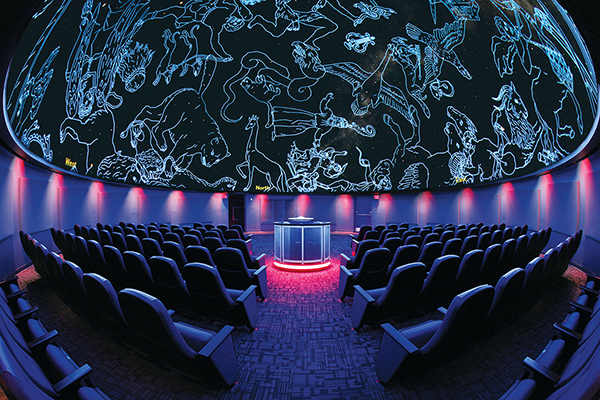 School trips at the Museum of Arts and Sciences 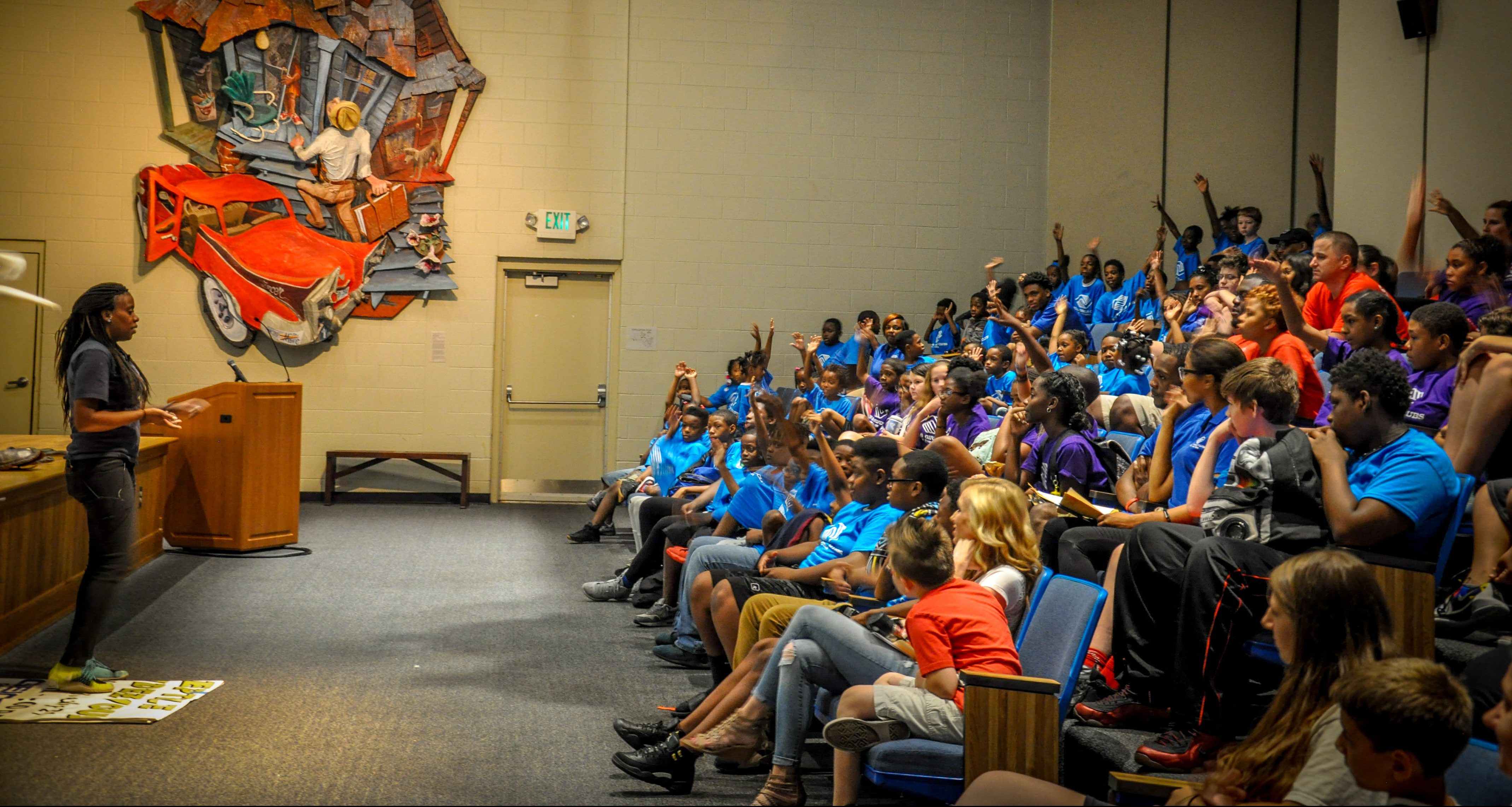 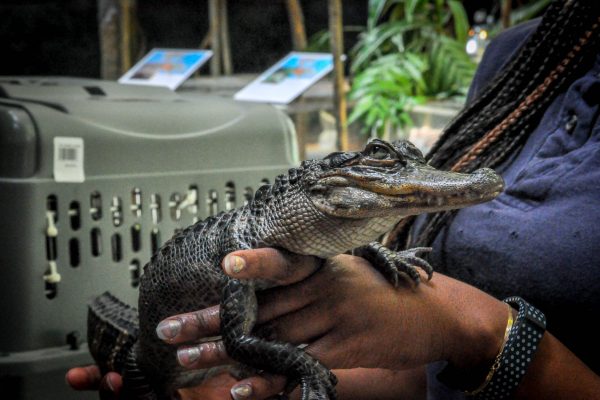 History of the Museum of Arts and Sciences

The Museum of Arts and Sciences began in 1956, but at that time, it was simply a room in the Wesleyan Conservatory with a few activities for children. This earlier version of the museum was, nonetheless, widely popular, and by 1964, the young museum moved to its present location at 4182 Forsyth Road. The museum’s move also coincided with the construction of the planetarium, a gallery, and workshop. In 1980, the Museum built most of its infrastructure, and by 2001, the Discovery House and some classrooms were added as well.1

The exhibits and programming at the Museum of Arts and Sciences serve as a regional resource to lifelong learning and engagement in the arts and the sciences. This multidisciplinary facility includes art and science galleries, the Mark Smith planetarium (with the Konica Minolta Super MediaGlobe II, which is “the highest-resolution and brightest, single-projector digital planetarium available today”), a three-story Discovery House, a live-animal complex, nature trails, an off-site nature reserve, and a 200-seat auditorium.

Every year, the museum also features a continually rotating series of exhibits focused on various subjects. Some past exhibits have included Fired by Genius: The Ceramics of Pablo Picasso; Mysteries of Egypt; A Slave Ship Speaks: The Wreck of the Henrietta Marie; Sunlight and Shadow: American Impressionism; Dinosaurs: The Invasion; and The Art of Tiffany. In the museum’s collection, visitors can explore over 5,000 items, including early cubist etchings by Pablo Picasso, a lamp by Louis Comfort Tiffany, paintings, textiles, and decorative and fine art. The natural science section of the museum includes rocks, minerals, shells, and even a 40-million-year-old whale fossil, which was discovered at the local kaolin mine.2