This is a contributing entry for Carnifex Ferry Battlefield State Park and only appears as part of that tour.Learn More. 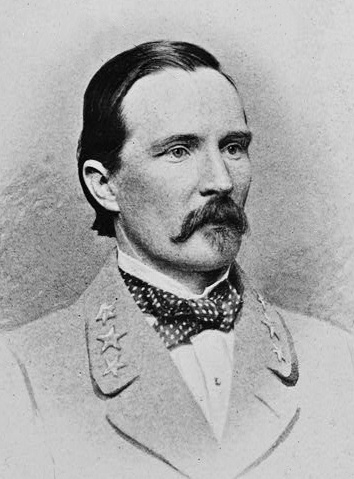 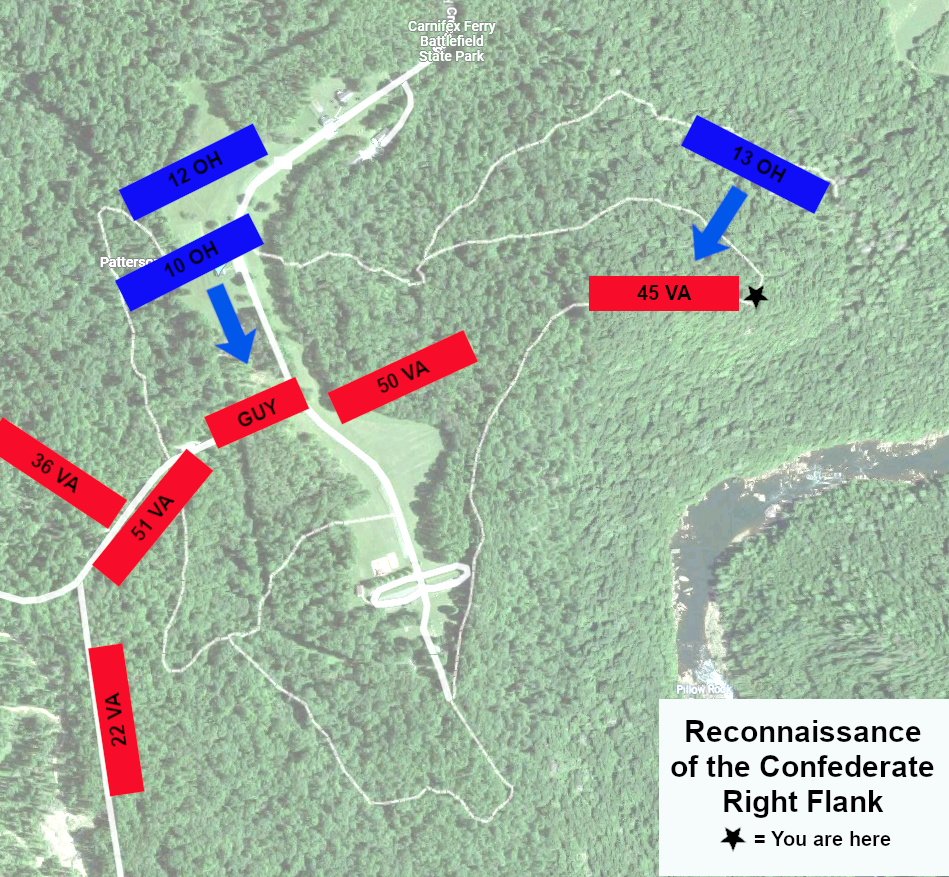 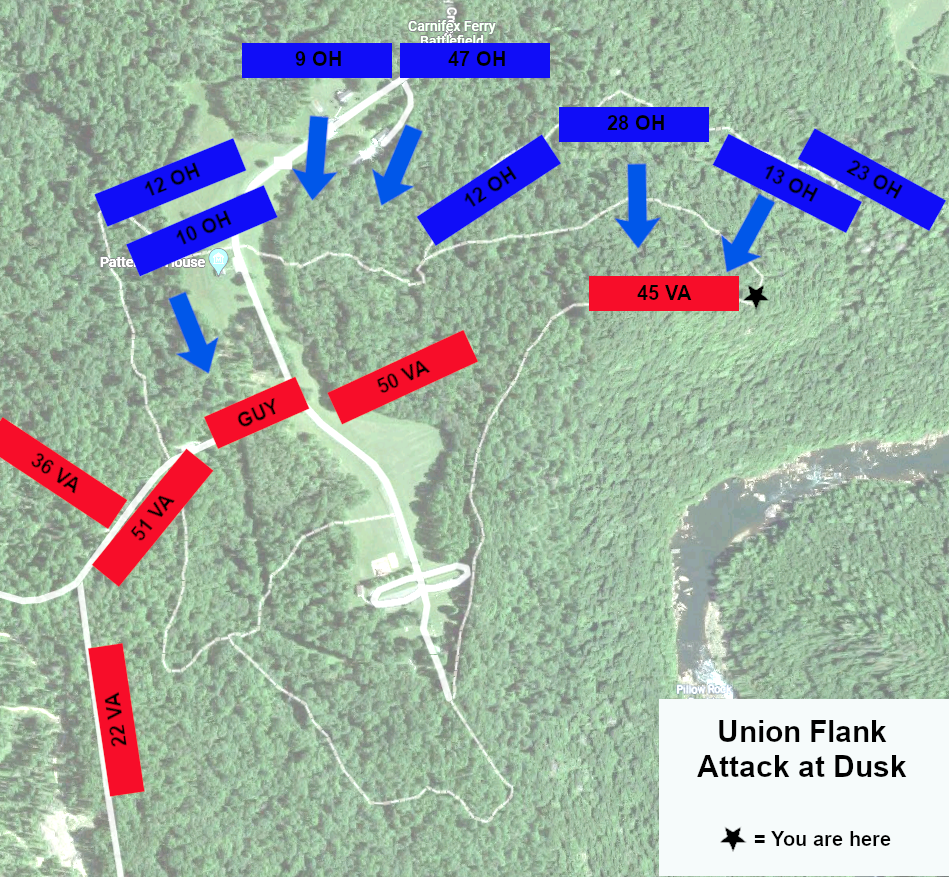 Copperhead Overlook--As you walk this section of the Patterson Trail, enjoy the three magnificent overlooks over the Gauley River. 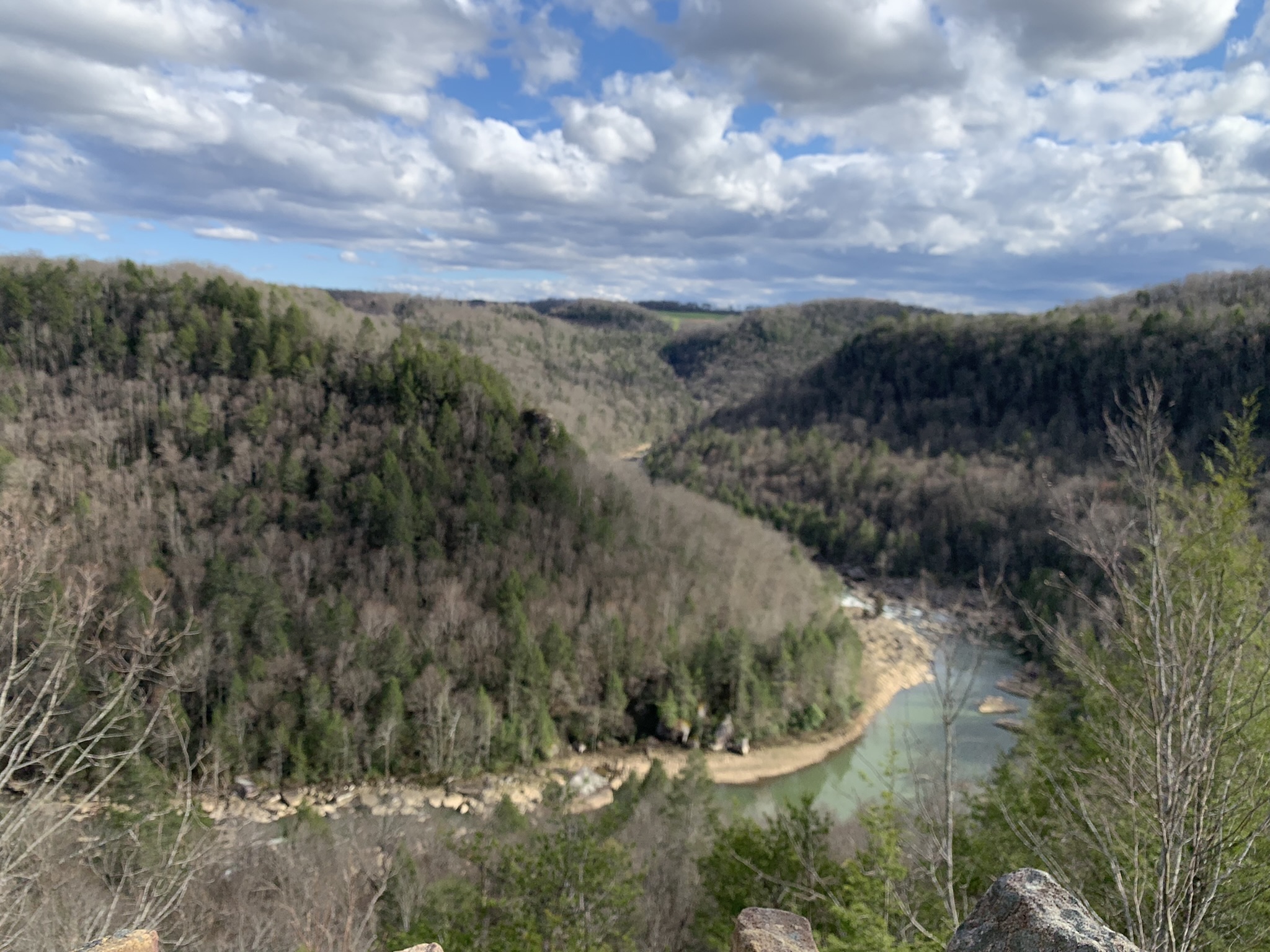 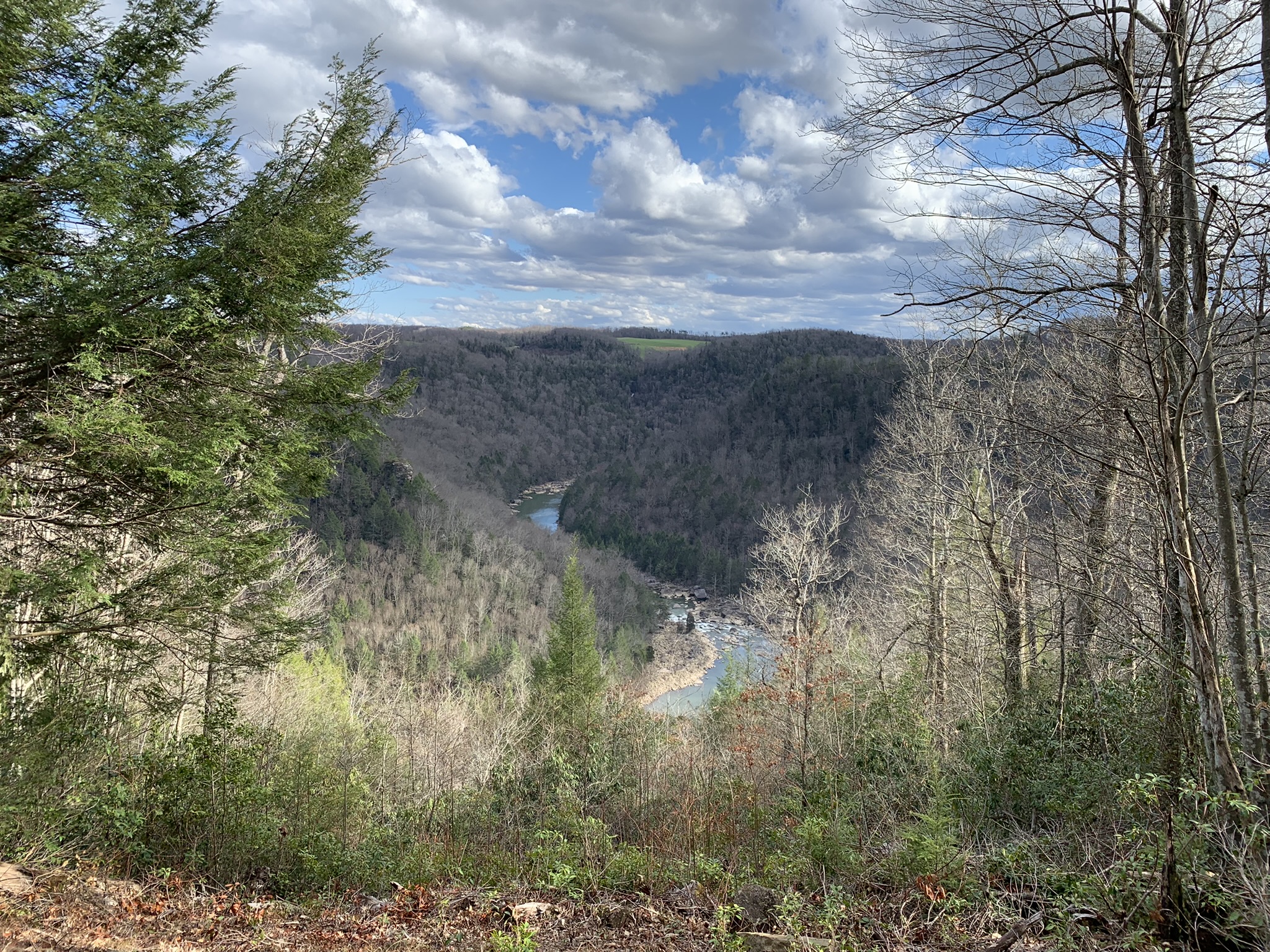 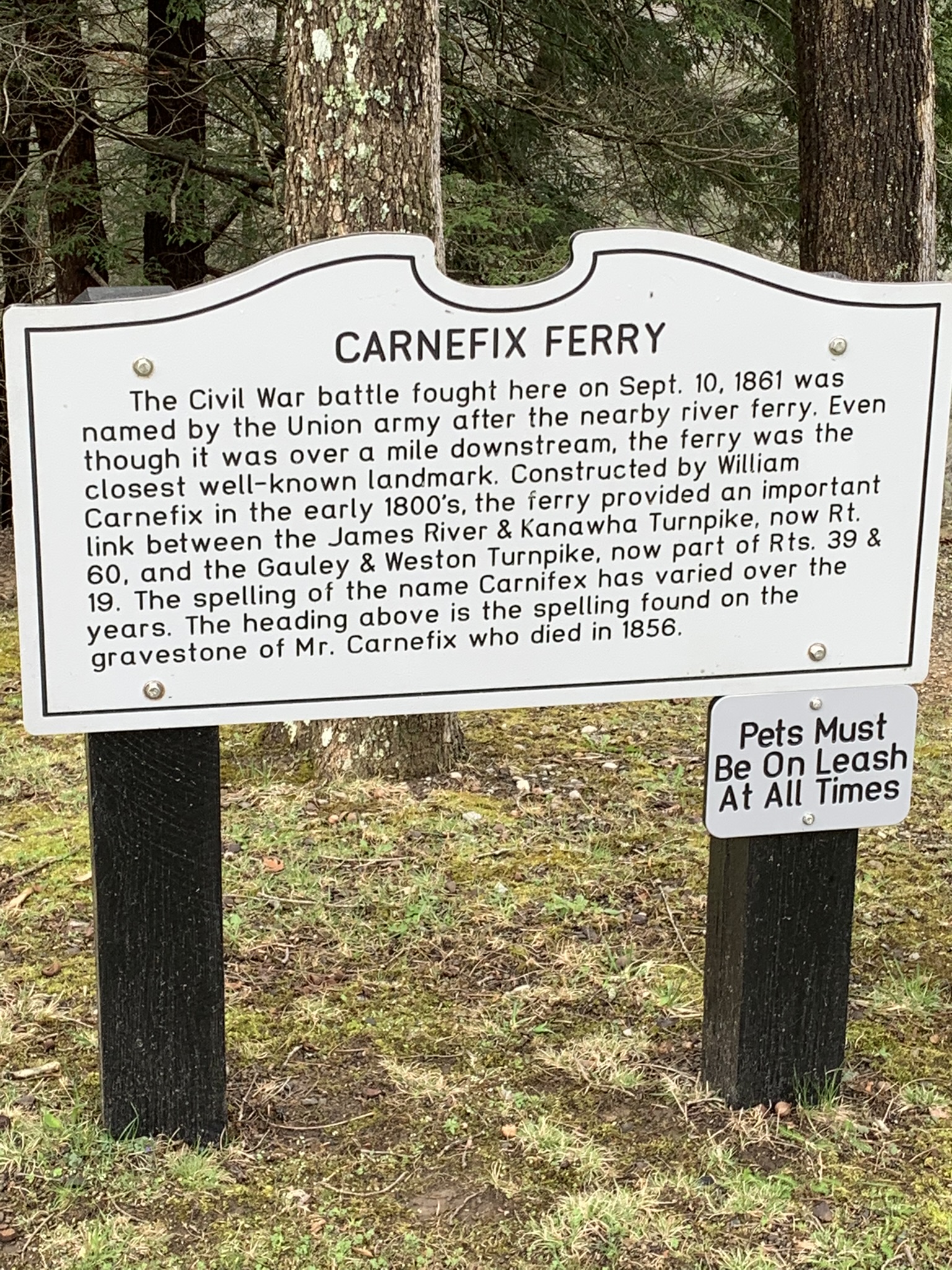 View from the Picnic Overlook 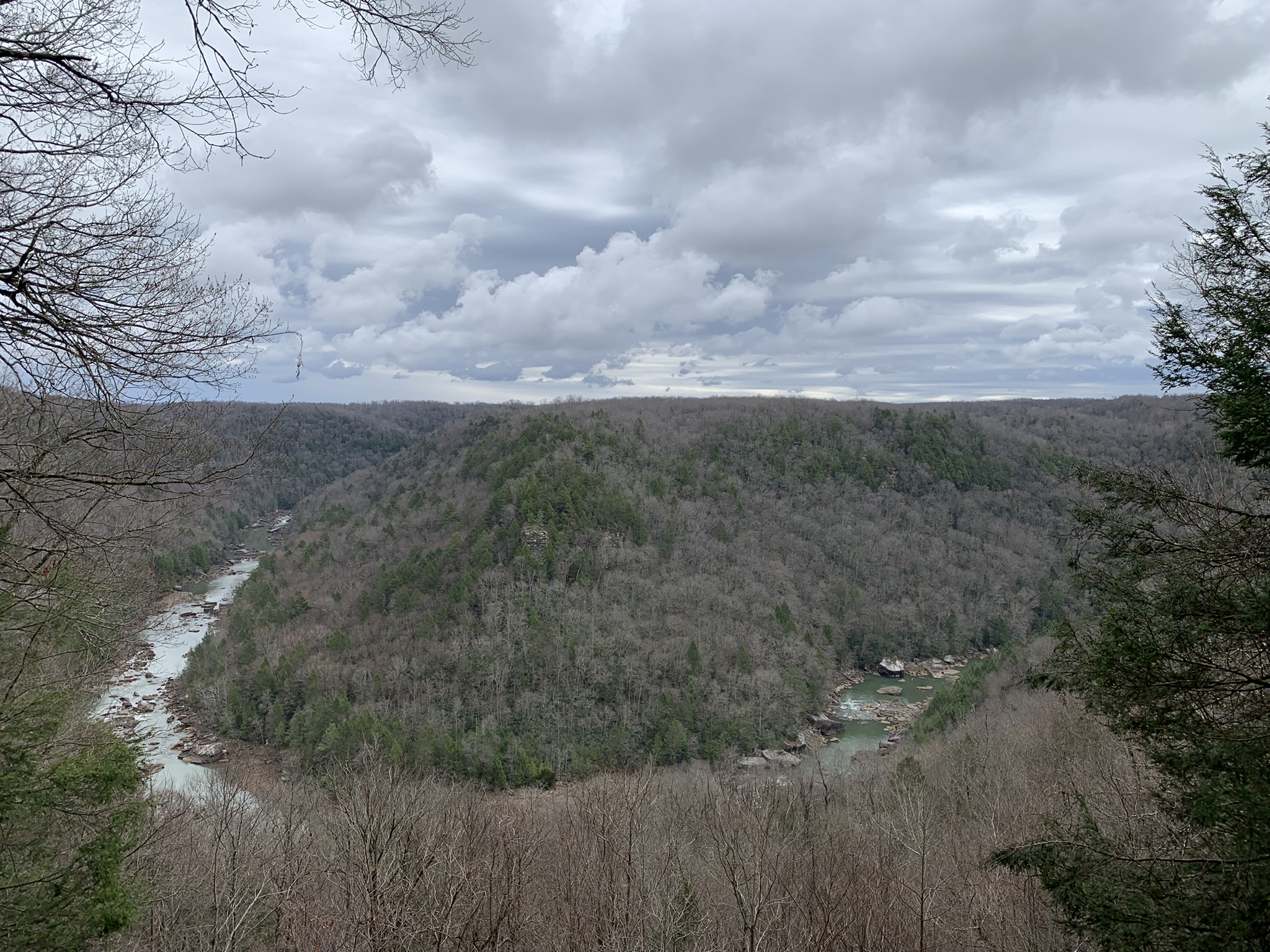 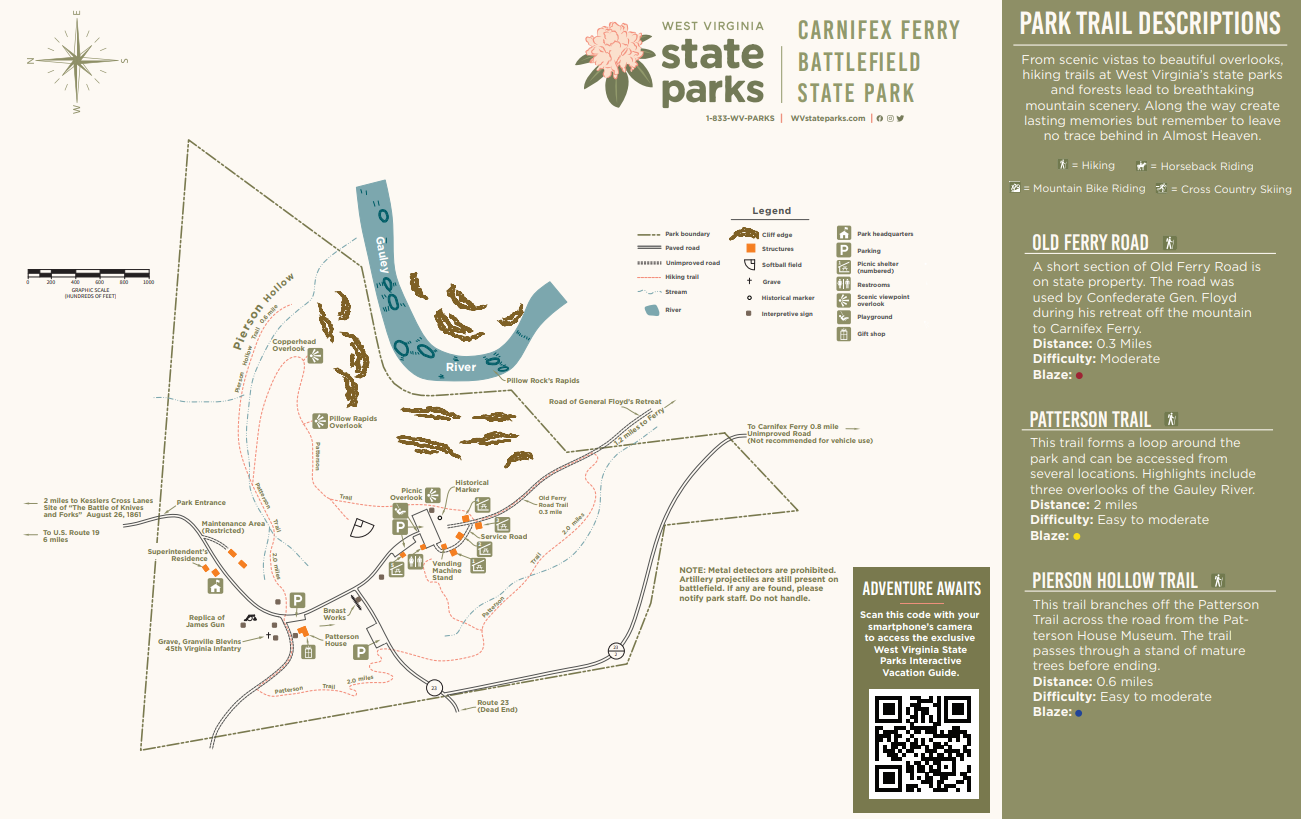 As you continue on the Patterson Trail you will be following the position of the 45th Virginia until you reach the intersection with the trail that leads to the softball field. The line of the 45th Virginia continued along that path until roughly the location of the softball field and then the position of the 50th Virginia turned to continue across the road to the main artillery redoubt. The Patterson Trail will diverge from the Confederate line and take you into the interior of what was Camp Gauley.

General Floyd was wounded within the first fifteen minutes of the fight. A musket ball passed through his right forearm, luckily missing the bone. He was brought to the rear where his arm was tended to and he returned to his front lines in about 10 minutes.

Lesser, W. Hunter. Rebels At the Gate: Lee and McClellan on the Front Line of a Nation Divided. Naperville, IL: Sourcebooks, Inc., 2004.

Shaffer, Dallas B. “The Battle at Carnifex Ferry.” State of West Virginia. Produced by the Department of Natural Resources, Division of Parks and Recreation. C. 1963.