The George C. Thomas Memorial Library was built in 1909 and served its original function until 1977. It was managed by the Episcopal Church until the early 1940s. Its namesake, George C. Thomas, was interested in missionary work and donated money to build the library which unfortunately was completed after his death. The building is a National Historic Landmark because it was the site of an important meeting between six Tanana (Native Alaskans) chiefs and U.S. government officials in 1915. They met to discuss the issues of education, employment and, most importantly, native land claims. These issues were not fully resolved until 1971 when Congress past the Alaska Native Claims Settlement Act. The building is now used for commercial purposes. 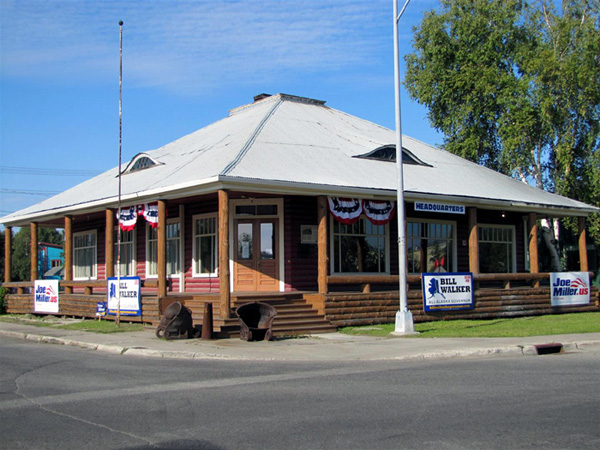 The Episcopalian missionaries believed it was their duty provide books and other reading materials to isolated parts of Alaska, including Fairbanks. The mission started receiving these items around 1905. George C. Thomas heard about this and as stated above provided the funds to build the library.

Though the Alaska Native Claims Settlement Act was passed in 1971, it was a momentous legislation. Native Alaskans received $462.5 million dollars in compensation and 38 million acres of land; the money and lands were distributed among regional and village corporations.